A Papal Journey to Canada: A Discussion with Christopher White

On Sunday, July 24, Pope Francis arrived in Canada to begin an extraordinary journey of reconciliation. Christopher White, the National Catholic Reporter’s Vatican Correspondent, traveled with the Pope, listening, observing, and reporting. In this session, Christopher shared his impressions, and responded to questions from the participants. 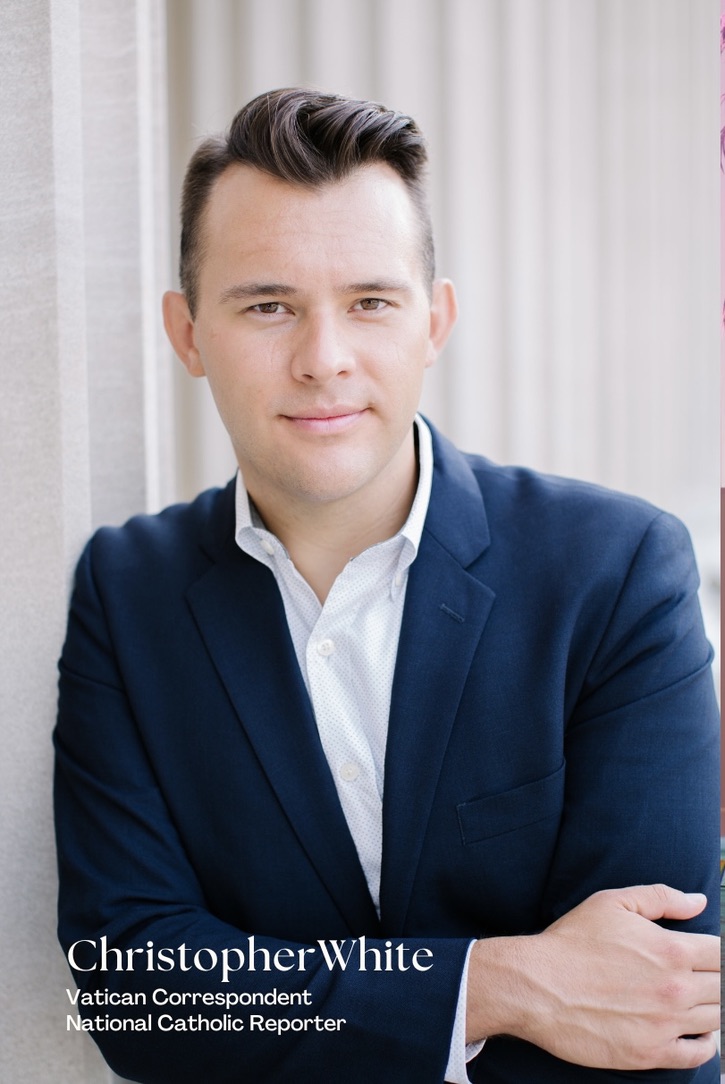 Christopher White is the Vatican correspondent for NCR.

Prior to moving to Rome in August 2021, he served as NCR's national correspondent, where his award-winning reporting included coverage of the Catholic vote during the 2020 campaign and the election of President Joe Biden. He holds a master's degree in ethics and society from Fordham University and a bachelor's degree in politics, philosophy and economics from The King's College. His work has appeared in Wall Street Journal, USA Today, The Washington Post, Philadelphia Inquirer, Forbes, Foreign Policy, New York Daily News, International Business Times, among many other print and online publications. He has regularly appeared on television and radio programs, including CBC, CNN, NPR, RTE and BBC, and is a Vatican analyst for NBC and MSNBC News.