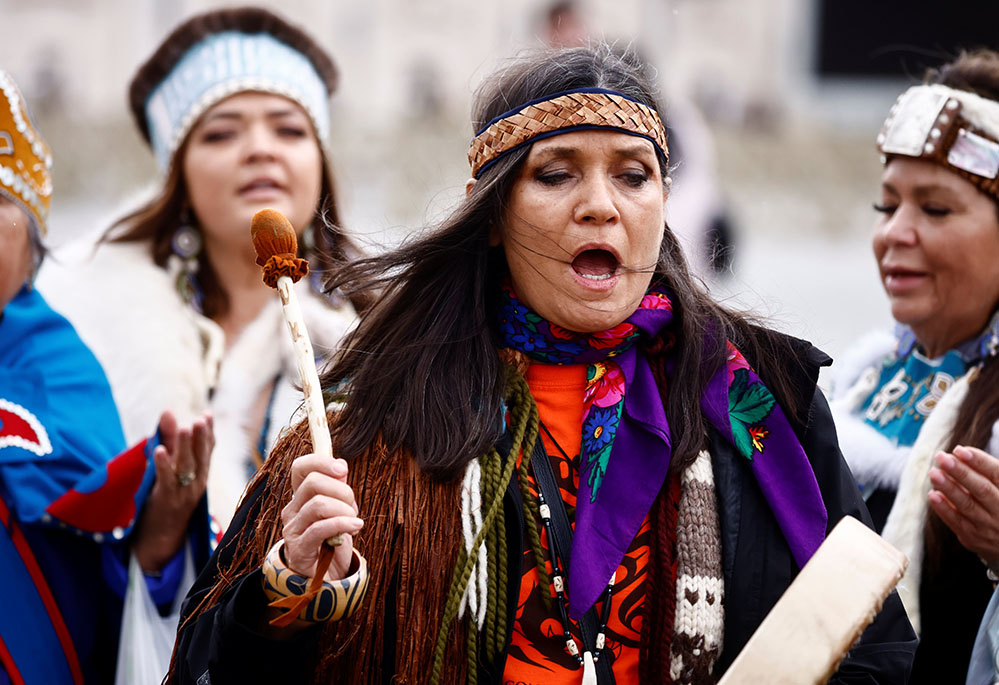 Women from Canada's First Nations are seen in St. Peter's Square after an audience with Pope Francis at the Vatican in April 1. (CNS/Reuters/Yara Nardi)

In 2010, the headline "Why Being Pope Means Never Having to Say You're Sorry," splashed across the cover of Time magazine, exploring the general reluctance of popes to own up to the Catholic Church's past wrongs.

But on July 24, Pope Francis will travel some 5,000 miles from Rome to Canada to do just that.

As Francis prepares to embark on his 37th international trip as pope, a very different kind of visit is being planned for this high-stakes journey, where he is expected to apologize to the country's Indigenous peoples for abuses at Catholic-run residential schools.

When he touches down in Edmonton, Alberta, Francis will find a dramatically altered scene than that of past airport arrivals. Gone will be the jubilant sights and sounds of marching bands and cheering crowds.

When he arrives on the ground — almost certainly via hydraulic lift, given that his limited physical mobility has added another layer of complication to this difficult trip — the first hands he will shake will be that of Indigenous elders and survivors of residential schools. Indigenous drummers will provide background percussion and there will be no customary meetings with the head of state or speeches to civic authorities on his first day in the country.

'For this visit, it's very difficult, because he's coming to bring a message of hope to a people whose hope was taken away by the church.'

Instead, the pope will have a brief private meeting with Indigenous representatives at the airport. His opening public remarks will take place the next morning on Monday, July 25.

"The first time we will hear him speak will be at a former residential school site with survivors and former students," said Deacon Pedro Guevara Mann, program director of the visit. "That's why he's coming."

Francis' July 24-30 journey — which will take him across the country through the prairielands of Alberta, the French-speaking Quebec City, and Iqaluit, in the Arctic Canadian territory of Nunavut — is likely to be among the most painstaking of his travels since his election a decade ago, both emotionally and physically.

Since February, Francis has had to continually reduce or cancel public events, including an anticipated visit to the Democratic Republic of Congo and South Sudan earlier this month, due to a knee fracture that has caused him to regularly use a wheelchair.

And since 2015, the Canadian Truth and Reconciliation Commission has called on the pope to visit the country to formally issue an apology "for the Roman Catholic Church's role in the spiritual, cultural, emotional, physical and sexual abuse of First Nations, Inuit and Métis children in Catholic-run residential schools."

Said Mann: "It's going to be very complicated, but we are confident he can navigate it."

Francis' visit to the country will mark the fourth time a pope has visited Canada, with both the 1987 trip by Pope John Paul II and this 2022 journey by Francis meant to spotlight Indigenous peoples.

Yet in 1987, neither colonialism nor sex abuse scandals were "in the public conscience in the way they are now," said Indre Cuplinskas, a historian of Canada's Catholic Church at St. Joseph's College at the University of Alberta.

"John Paul II's trips focused on evangelizing and galvanizing the faithful," she told NCR, adding that the tone was even "mildly triumphalist" with a priority on teaching and gathering Catholics together.

"The tenor of this trip is very different," she continued. "The pope is responding to an invitation and even a push, a demand." 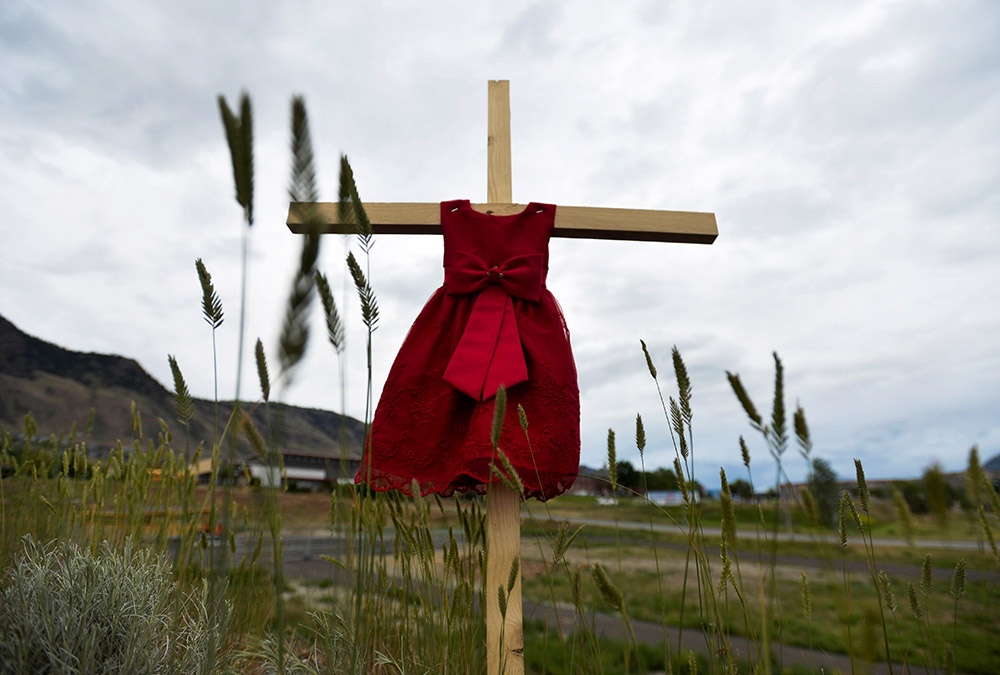 A child's red dress hangs on a cross near the grounds of the former Kamloops Indian Residential School in Kamloops, British Columbia, June 6, 2021. (CNS/Reuters/Jennifer Gauthier)

From the 19th century until the 1970s, Catholic organizations operated up to 60% of the country's residential schools, institutions that were designed to forcibly assimilate Indigenous peoples into the country.

Children attending these institutions were stripped of their Native languages and culture and forced to convert to Christianity. Widespread abuse has been documented, with up to 6,000 deaths reported.

Earlier this year, from March 28 to April 1, Francis held separate meetings with delegations from First Nations, Métis National Council and the Inuit Tapiriit Kanatami at the Vatican.

"Through your voices I have been able to touch with my own hands and carry within me, with great sadness in my heart, the stories of suffering, deprivation, discriminatory treatment and various forms of abuse suffered by several of you," Francis told them at the conclusion of the meetings. He also apologized for the "deplorable conduct" of Catholic Church leaders.

With those words, he fulfilled a request for a papal apology after years of appeals from Canada's Indigenous community and Prime Minister Justin Trudeau for the Catholic Church to seek forgiveness for its role in the residential schools. 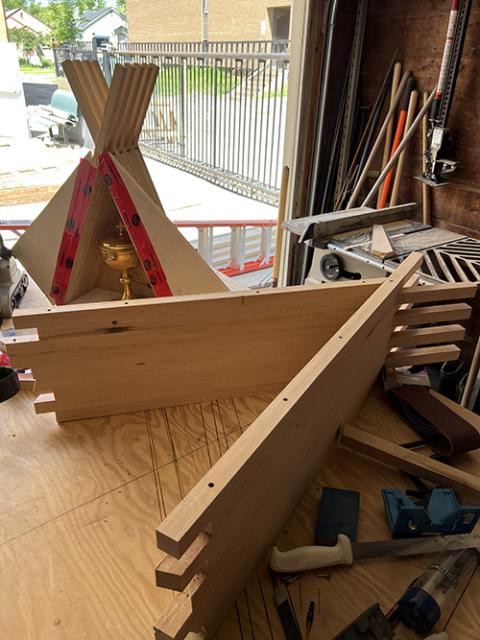 A handmade tabernacle built by Missionary Oblates of Mary Immaculate Fr. Mark Blom for Sacred Heart Catholic Church of the First Peoples in Edmonton, Alberta, where Pope Francis will visit on Jul 25 during his visit to Canada (Courtesy of Mark Blom)

The next step of healing, the pope acknowledged, was an in-person apology on Canadian soil, setting the stage for a one-of-a-kind papal visit with the primary purpose being centered on forgiveness and reconciliation.

It won't be easy.

"This particular pope wants to go meet people on the margins," said Mann, who recalled Francis has traveled to places such as Lampedusa, Italy, to pay tribute to the plight of migrants and refugees; Myanmar and Bangladesh to raise awareness of the suffering of Rohingya Muslims; and more recently to Iraq, a country devastated by a nearly two decades of war and terrorism.

"That's where he feels he can bring the message of hope," Mann continued, "the hope that Christ gives through the church for people who have lost hope. For this visit, it's very difficult, because he's coming to bring a message of hope to a people whose hope was taken away by the church."

"The reason these people have lost hope is because the church was part of that system, so it's very, very tricky," he added. "He can't just say the church is going to solve all of your problems because for many of these people, the church caused their problems."

Francis has characterized his upcoming trip as a "penitential pilgrimage," and few organizers have felt the challenge of getting the tone right than Fr. Cristino Bouvette, the 36-year-old Canadian priest of both Indigenous and Italian backgrounds serving as the national liturgical director for the visit.

All of the liturgies — which will include two Masses, a Liturgy of the Word and a vespers service — and the public gatherings, where Francis will give a total of eight speeches, will seek to represent expressions of Indigenous cultures. 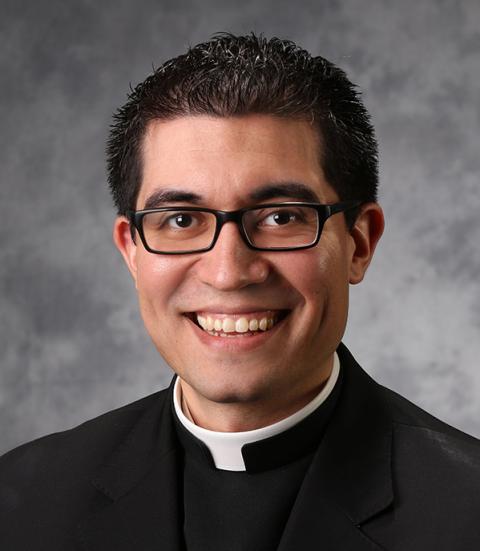 "There's a lot riding on the way that you do it," said Bouvette, who added that the encounters are being designed "to validate and affirm the goodness" of Indigenous cultures and that the liturgy will showcase "ways where the complementarity that can and does exist can be made more manifest."

Such inculturation, he told NCR, would be specifically present in the music, movements and the vestments worn during the liturgies.

Missionary Oblates of Mary Immaculate Fr. Mark Blom, associate pastor of Sacred Heart Church of the First Peoples in Edmonton, where Francis will visit and meet with some 150 Indigenous parish members on July 25, told NCR Francis will discover a new tabernacle and altar meant to do just that.

Due to a 2020 fire, the church was forced to be completely gutted. On Sunday, July 17, the newly renovated church was dedicated and just over a week later, on Monday, July 25, it will welcome the pope.

Blom has built the new tabernacle by hand, repurposing the old maple hand railings of the church into that of a teepee. A new altar has also been built with the carving in the shape of a root ball (or tree base), meant to reflect the words Indigenous delegates told the pope at the Vatican in April, that they felt as if they were trees "buffeted by powerful winds."

The pope repeated those words back to them at their final meeting, praising their strong roots and the fruit that they have produced. Now, they will have a physical representation as a permanent reminder in the church. 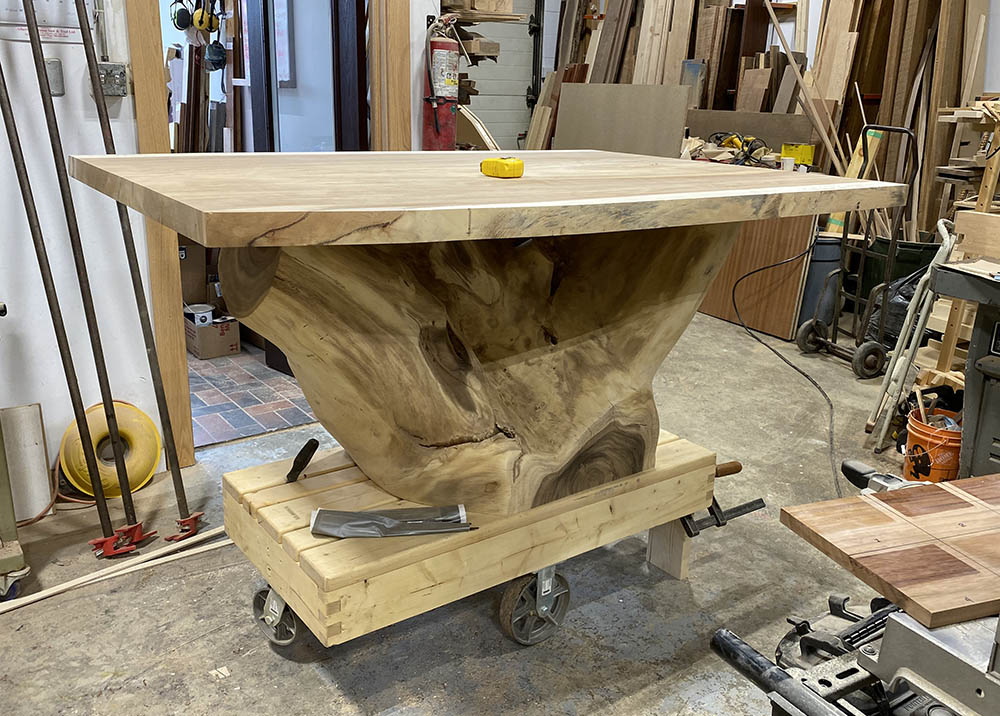 A newly built altar for the Sacred Heart Catholic Church of the First Peoples in Edmonton, Alberta, where Pope Francis will visit on Jul 25 during his visit to Canada (Courtesy of Mark Blom)

Blom said considering the themes of the trip — truth, justice, healing, reconciliation and hope — that going forward he hopes the newly outfitted parish will become "a venue for bringing different kinds of groups together to hear the experience of Indigenous people" and through hosting listening circles, provide "encounters for people's chemistry to be forever changed."

Since the Vatican first announced the trip in May, there has been no shortage of requests for the pope to visit various residential school sites and Indigenous communities throughout the country — and disappointment by some that the 85-year-old pope has had to limit his visit to only three regions.

Yet according to Bouvette, despite high hopes that Francis would visit a range of other locations, when he reminds others of Francis' age and condition, it is "immediately disarming," given the Indigenous' renowned respect for the elderly.

"There is immediate recognition and appreciation of his stature, not just as a pope but as an elderly person," he said, noting that the Indigenous community has been eager "to revere that and accommodate that." 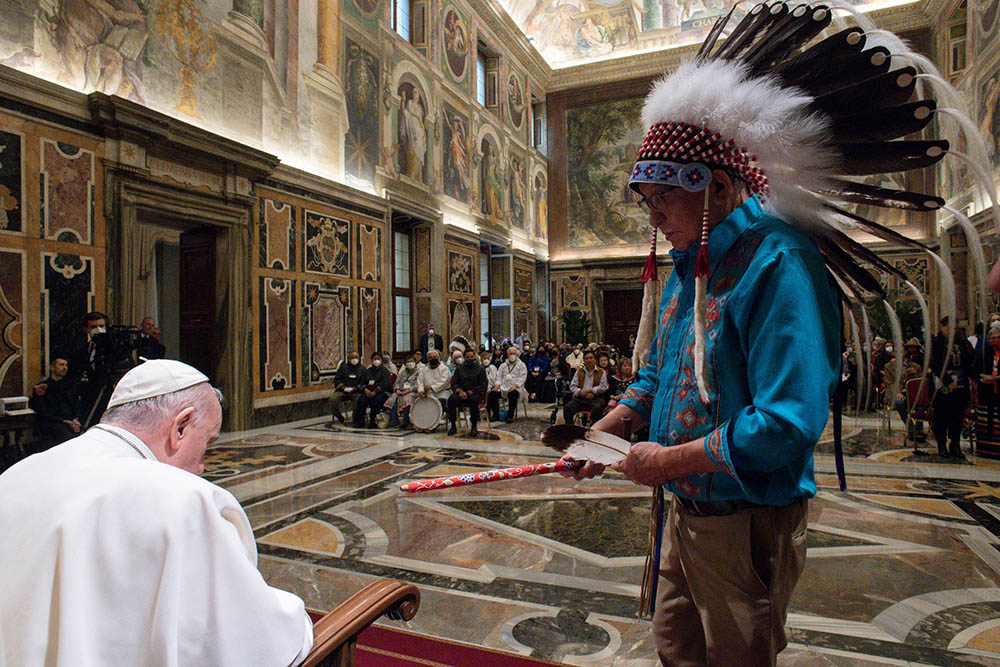 Elder Fred Kelly, a spiritual adviser to the First Nations' delegation that met with Pope Francis, prays for the pope during a meeting with Indigenous elders, knowledge keepers, abuse survivors and youth from Canada, along with representatives of Canada's Catholic bishops in the Vatican's Clementine Hall April 1. (CNS/Vatican Media)

Those accommodations will include one of Francis' most scaled-back schedules of any of his travels, with the pope only participating most days in one event in the morning and one in the afternoon and only for an hour at a time.

Mann, who also served as program director for John Paul II's 2002 visit to the country for World Youth Day, said the pope's physical condition is a "concern, but not a huge concern."

With John Paul II, he recalled, "it was very clear that he was frail, but his voice was strong and his message was clear."

"There's no way Francis is more delicate than John Paul II was 20 years ago," Mann added.

Cuplinskas said that while both men "are visiting the country with frail bodies," they are using their frailty to convey slightly different messages," with John Paul using his witness to show that old age is "a phase we all go through in life."

"For Francis, the symbolism is different," she said. "He's going to come despite his frailty," noting that it will help underscore the apology that he is traveling to Canada to make.

"Here, it will add to the importance of the event."