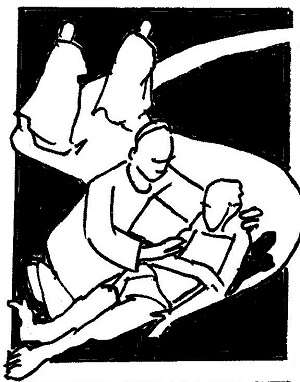 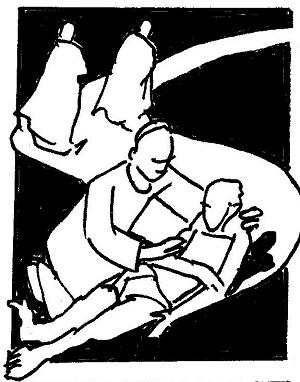 Many years ago, a textbook I was using for my freshman theology classes had the curious acronym “BOMFOG” to describe one approach to Christianity. It meant the “Fatherhood of God and the Brotherhood of Man,” a baseline summary few would object to because it demands so little.  It is only when we dig into the specifics of our faith that we meet the Gospel Jesus describes in the Parable of the Good Samaritan.

The lawyer had no idea how deeply he was about to be drawn into meaning of the Great Commandment he recited when Jesus had him answer his own question, “What must I do to inherit eternal life?”  When he then asked, “Who is my neighbor?” he already knew the answer. His neighbors were his fellow Jews, his family, his tribal group.  Outside of these circles he was not obligated to love anyone, certainly not his enemies.

The trap he hoped to spring on Jesus was sprung on him when the surprise hero of the parable who stops to help the Jewish victim on the road was neither the priest nor the Levite but instead a hated Samaritan. The lawyer was forced to acknowledge that his neighbor is anyone he encounters who needs compassion. The orbit of his obedience to the commandment to love was suddenly expanded to the margins of his circumscribed world.  Had he been the victim in the story, only the Samaritan was neighbor to him.  His world was turned inside out.

To say we believe in God and in the human family is only the beginning of our grasp of the specific demands of love the Gospel makes.  Love at the ready is the essence of our discipleship, and we can never again walk by when someone is in distress, and we pray that others will not fail us.

The power of the parable is evident in Jesus’ long description of the Samaritan’s care for the victim. He is moved with compassion by the stripped and beaten stranger lying on road. Ignoring the possibility of being robbed himself, for he is carrying money, he stops to minister first aid, then lifts the victim onto his animal, takes him to an inn, sits up all night to nurse him, then makes open-ended provision for his continued care with the innkeeper until his return.  It is an extravagant show of concern that must have stirred empathy in the lawyer. Empathy is the heart of active compassion, to see another as myself and to respond to them as I would want them to respond to me.

The story does not end there but engages us now. How do we answer the question, “Who is my neighbor?” When was the last time we felt empathy for another in distress or experienced it from another? And what happened in that moment when compassion revealed the heart of the Gospel? How we answer will tell us whether we are going to inherit eternal life.