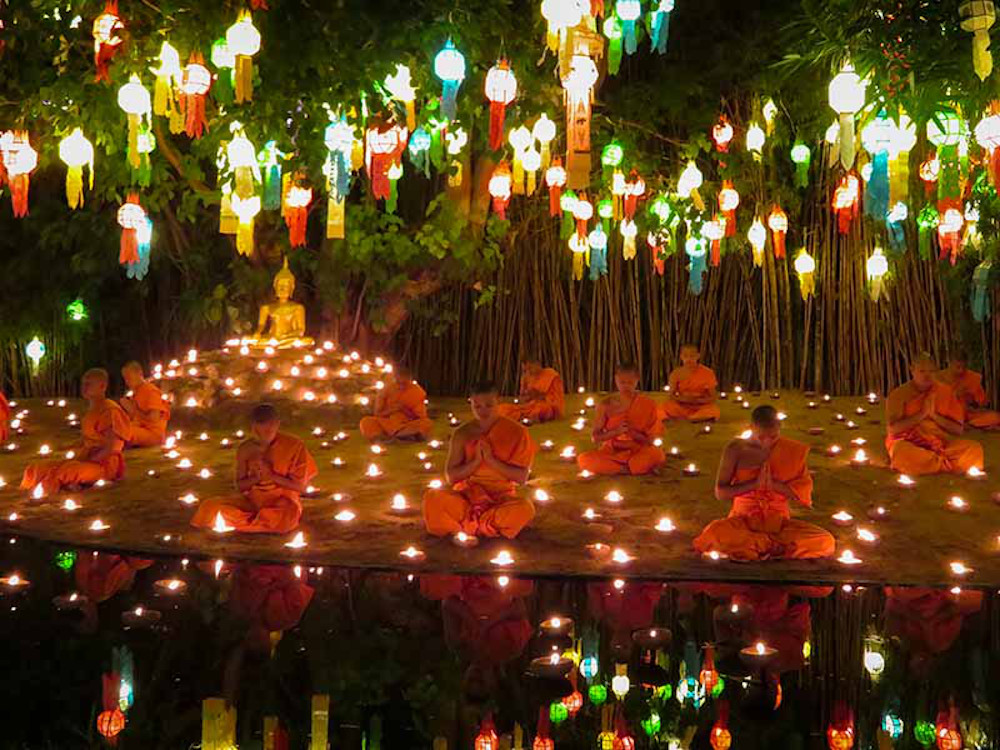 Thailand, a Buddhist-majority country best known for its nightlife and street food, may not look like a natural destination for a papal visit.

But on closer inspection, Pope Francis' upcoming visit to the southeast-Asian country shows how the pope's itineraries are shaped as much by his message of environmentalism and economic equality as they are by the celebration of a given Catholic community.

For more than 50 years, Thailand has enjoyed strong growth, with technological advancement, innovation and development pulling millions out of poverty. But below its gleaming crop of skyscrapers, disparities in income have multiplied, and pollution has intensified.

A 2015 United Nations report found that Thailand ranks 6th in the world for ocean pollution, while a government study in 2017 stated that, on average, Thais use eight plastic bags a day, amounting to nearly two billion bags a year.

As Francis continues to preach from Laudato Si, his 2015 encyclical promoting the care of creation, as he has in other stops this year, he intends to connect with a broader audience in Thailand than the country's tiny Catholic community.

"Newspapers, television and media outlets often report the words of the pope," said the Rev. Matteo Bruno, an Italian Catholic missionary in Northern Thailand, in a recent phone interview, "because he speaks about human issues that resonate beyond religion. Now, he enjoys a preferential treatment that I have never seen before with a pope."

The pope is also expected to call attention to Thailand's many pockets of staggering poverty, contrasted with the 1% of the population that holds more than 60% of the country's wealth, a 2018 Credit Suisse report shows.

Sr. Ana Rosa Sivori, 77, a Catholic missionary in Thailand and Francis' second cousin, said in a Sept. 18 email to Religion News Service that poverty is high on the list of challenges for faith-based aid groups in the country.

The pope's visit also promises to inject dynamism and energy into Thailand's Catholics, who number fewer than half a million — barely .05% of the total population of more than 69 million, according to official government data.

"As Pope Francis says, there are Catholics who have fallen asleep! They need a strong push to reawaken and become the salt of the earth and the light of the world," said Sivori, who shares her paternal grandfather with the pope.

Thailand's Catholics have not had a visit from a pope in 35 years, since Saint John Paul II became the first pontiff to go to Thailand in 1984. The papal trip will also mark the 350th anniversary of the creation of an Apostolic Vicariate in the country, known as Siam at the time. After the four-day visit, Francis will head to Japan.

The pope's cousin said that, as elsewhere in the world, ministers and the religious struggle to cater to the needs of the faithful, she said, and vocations are suffering.

"If there are no good priests, religious and lay people who are committed," she said, "Catholics are left feeling a little lost and discouraged."

If Francis has become a global figure who has given even Thai Catholics more confidence to speak out in the Buddhist-dominated society, said Bruno, there is still "the need to shake the Thai Church, which I believe really needs to hear the pope's message."

"I am expecting a positive shock that may awaken what is in the Thai spirit," he added, "to help Catholics rekindle their faith and their roots."

But Bruno, whose mission in the remote northwestern mountains in Lampang Province ministers to a community dependent on coffee and tea production (and, soon, cocoa), welcomed the pope's wider message that links the environment to poverty and development issues. Bruno has created a Laudato Si foundation that attempts to diminish reliance on chemicals and pesticides.

"There is a need for someone to speak on the environment," he said. "For the moment, Thais believe that this is an issue only in the distant future."

Thailand is currently in a flurry of excitement and "rushed anticipation" as it prepares for the historic visit, Bruno said. Among those taking part in arranging the visit is Sivori, who is looking forward to a chance to see her celebrity cousin.

"For me it's a given that Pope Francis' visit will have a positive impact on the country," she said. "The seed of peace, of fraternal love and many beautiful things will surely, in time, bear many good fruits."