Three former members of Pope Francis' commission on clergy sexual abuse are calling on the pontiff's February Vatican summit on child protection to re-evaluate the structure of the group in order to make it more effective in pursuing policy reforms.

In separate NCR interviews, the former papal advisers emphasized the need for the commission to reassert its independence from the Vatican's bureaucracy, to oversee implementation of its own recommendations, and to meet regularly with Francis.

Several outside experts with long histories in confronting clergy abuse echoed their concerns, and highlighted a lack of clarity and transparency over the purpose and objectives of the now four-year-old group.

Marie Collins, an Irish abuse survivor who resigned from the commission in 2017, said the role of the commission might merit special discussion at the February summit because the frustrations over its work exemplify how the Catholic Church has struggled for decades to address the abuse crisis.

"The commission itself is sort of a microcosm of the global issue ... that work that's being done doesn't seem to produce results," she said.

"We need clarity now about the commission, its purpose, its powers, its future, and exactly where it is going and what we can expect from it," said Collins, who left the group in mid-2017 due to frustration with Vatican officials.

"People put a lot of hope into it, and it has failed to live up to the hope," she added. "There should be some examination as to why."

Krysten Winter-Green, one of six commission members not reappointed by Francis in early 2018 after the end of the group's first three-year term, said she doubted the summit would have the role of the commission on its agenda, but added: "As far as I am concerned, it really should be."

"From inception, the Pontifical Commission for the Protection of Minors has been fraught with critical issues that have impeded progress," said Winter-Green, a New Zealander who lives in the U.S. and provides consulting services to dioceses and religious congregations.

Catherine Bonnet, another of the six members not reappointed in 2018, stressed the need for Francis to begin meeting with the commission more regularly, so he can ask them directly about their proposals.

"He never came to one of our meetings," she said, referring to her three years on the group.

"If the commission is only writing reports to Pope Francis … it's not enough," said Bonnet, who is respected across Europe for her research on perinatal violence. "You need a debate and an explanation of why we suggest this."

Francis announced the child protection summit in September, saying that he would host a meeting in Rome on the issue with all of the presidents of the world's various conferences of Catholic bishops from Feb. 21 to 24.

Expectations for the event have been high, especially after the leadership of the U.S. bishops' conference announced in November that it had been asked by the Vatican to delay voting on a set of proposals to address clergy abuse because of the summit.

The pope has entrusted the organization of the gathering to four men: Chicago Cardinal Blase Cupich, Indian Cardinal Oswald Gracias, Maltese Archbishop Charles Scicluna, and Jesuit Fr. Hans Zollner, a current member of the papal commission and president of the Centre for Child Protection at the Pontifical Gregorian University.

The organizing committee said in a Dec. 18 note that the meeting would address three broad areas of "responsibility, accountability and transparency," but did not identify specific issues, such as the commission, that might be covered under that wide umbrella.

But Boston Cardinal Sean O'Malley, the president of the papal commission, has said the group will be involved in preparing the meeting.

Zollner's presence on the organizing committee for the summit may point to one question raised by Collins and Winter-Green: whether the group has shifted away from its original construction as a policy change body to an educational one.

They both mentioned the mixing of the work of the commission and Zollner's Centre for Child Protection, an academic institute founded in 2012.

"I think at this point the pontifical commission seems to have completely lost its way," said Collins.

"Originally … we were told it was set up to recommend policies for structural change," she said. "It's now become a quasi-educational body, which is really a parallel group running alongside the [Centre for Child Protection, or CCP] — doing much the same work."

"Basically, it's seeing itself as a body which should be promoting education within the church on abuse," Collins added. "We already have that in the CCP, and we don't need a second body doing it."

Winter-Green noted an apparent difference in approach between the commission's Vatican-approved statutes and a Nov. 23 statement by O'Malley.

The statutes make clear that the group's role is to "propose initiatives to the Roman Pontiff … for the purposes of promoting local responsibility in the particular Churches for the protection of all minors and vulnerable adults."

O'Malley's statement said the commission is meant to be "making recommendations on best practices for the universal Church for education and prevention programs."

"This press release appears to intimate that the original role and purpose of the [commission] has shifted from 'policy change' to 'education,' " said Winter-Green, adding that the Vatican had failed to "clearly enunciate the unique identity" of the papal commission as compared to the Gregorian center.

Two outside experts who have advised bishops for years on how to confront clergy abuse concurred with the former commission members that the group should come under re-evaluation during the February summit.

Francis Sullivan, who led the Australian church's response to a 2013-17 national inquiry into institutional responses to child abuse, said the "first thing" the bishops at the summit should do is "put in place a truly independent commission."

Sullivan, the former chief executive of Australia's Truth, Justice and Healing Council, said the commission should be refashioned so that it is led by a layperson, meets personally with the pope, and has a guaranteed budget to do its work.

Referencing the need for a lay chairperson, he said: "It has to be a lay person, someone whose career is not riding on the performance [of the commission] in the curia."

Kathleen McChesney, a former FBI executive assistant director who left the agency in 2002 to lead the U.S. bishops' then-new child protection office, said she thought it was "necessary" for the summit to discuss the papal commission.

McChesney, who also co-chaired the National Advisory Council of the Conference of Major Superiors of Men from 2014 to 2017, suggested the summit could ask to hear from O'Malley about "what's working and what's not working."

"I don't think a lot of people really understand that it's there or understand what it does," she said. "Some think it's supposed to be for oversight. Some think it's just people that give good ideas to the pope."

"There are some misimpressions," said McChesney. "I think maybe the answer to that would be they need to correct the misimpressions about what it's intended to do, and evaluate … its structure, its mandate, where it needs to go, how it should be staffed."

The abuse commission has come under increasing public scrutiny since its creation by Francis in March 2014.

Collins resigned March 1, 2017, citing a number of frustrations, including dissatisfaction with one Vatican office's refusal to comply with a request from the commission, approved by the pope, that all letters sent to the Vatican by abuse survivors receive a response.

When the three-year terms of the original commission members lapsed in December 2017, Francis left the group in abeyance for two months before reappointing eight of the members and adding nine people to its ranks.

Collins, who was part of a group of eight survivors that met with Francis during his visit to Ireland in August, said the pontiff was asked during that meeting about whether he would be giving the commission more support in the future.

She said the pope replied that he had been working to make the group "fully part" of the Vatican bureaucracy, and felt now that the group "was now being honest with him, and he could trust it."

"To me, that said there was something going on during the first term, either there was things going on that members like me knew nothing about or he was being told things by people in the Curia who wanted to resist the commission and wanted to take control of it," said Collins.

She said she wrote to O'Malley in November to ask for an explanation about the pope's statement but has yet to receive a reply. 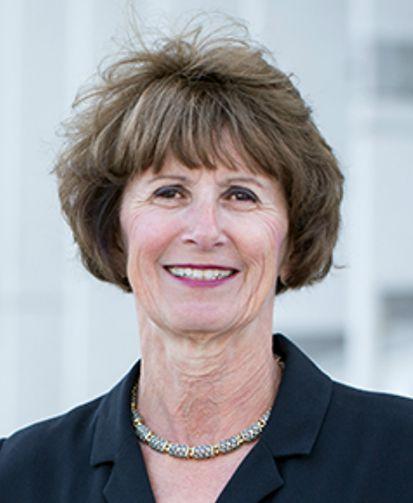 Winter-Green raised the question of how people are selected to join the commission and said that process is "clouded by a framework of dubious ethics, predominantly political in nature and shrouded in secrecy."

She suggested that the commission needs to create a "formula" for recruitment of members that includes vetting by people outside the group's staff who have "specialty-specific wisdom" they can lend to the process.

Bonnet, who in 2001 was appointed a knight of France's Order of the Legion of Honor, noted that two recommendations the commission had given Francis during her term on the group had not been put in place.

The first recommendation was that there be an exception to the invocation of the "pontifical secret," or strict confidentiality rules, in cases of child abuse. The second was to end Vatican norms setting the statute of limitations in abuse cases to 20 years after the victim's 18th birthday, which can already be waived on a case-by-case basis.

"I think it would be very important for the former commission that what we have asked him to do will be applied," said Bonnet.

Sullivan, McChesney, and each of the former commission members said the February summit should be a time for concrete action.

"The pope should, on day one, lay on the table his outline of a plan of action and they should debate that," said Sullivan. "You've only got people there for three days. It can't be seen as a talk-fest."

"It can't be just another talking shop, you know; it has to has to produce something concrete at the end," she said. "It's way past time for simply having discussions and talking about future plans."

Asked if she was hopeful the summit would make important changes, McChesney said she felt "neutral" on that question.

The former FBI official noted that Pope Benedict XVI ordered bishops' conferences around the world in 2011 to put in place standards to address clergy abuse, but that there have not been updates about which conferences have done so.

"Back in 2011, they were supposed to put their policies and procedures in place all around the world, and that didn't exactly happen," said McChesney. "Then the papal commission came, and while they've tried to do some things, there's been controversy associated with that."

"I'd really like to say I'm hopeful," she said. "I'm just neutral on that. I think it's a matter of wait and see."

This story appears in the Vatican Abuse Summit feature series. View the full series.
A version of this story appeared in the Jan 11-24, 2019 print issue under the headline: Former members of abuse commission want re-evaluation of group's structure.