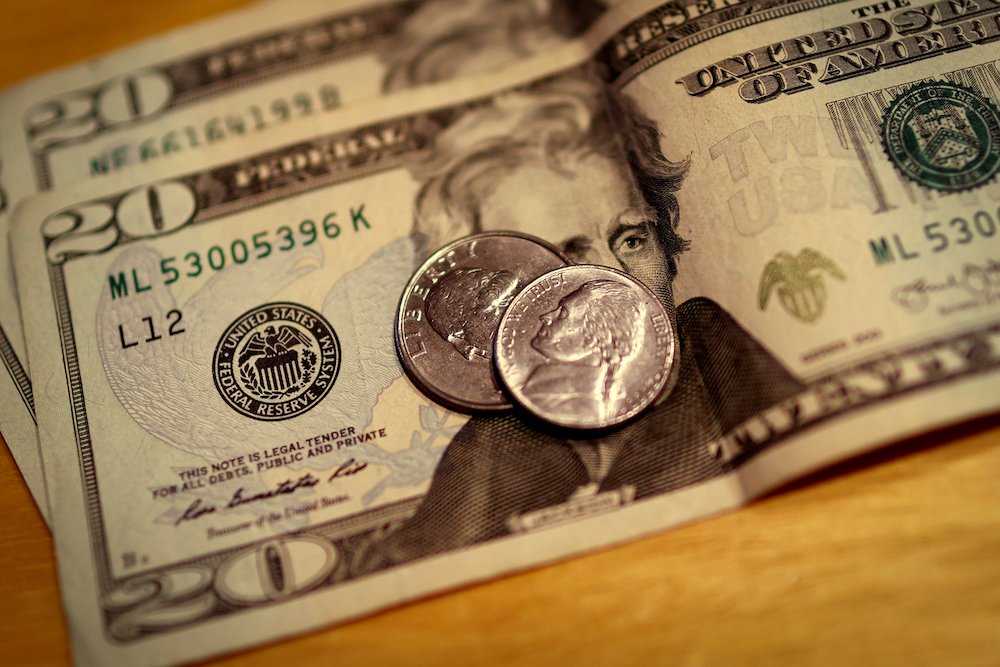 More U.S. dioceses published audited financial documents in 2020 than before, but more than a quarter still did not publish any audited financial reports, according to an annual financial transparency report by the lay organization Voice of the Faithful.

Margaret Roylance, chair of the organization's finance working group, said she was heartened to see that many dioceses published these reports on time despite delays due to COVID-19.

"We felt that financial transparency was beating COVID and that made us feel good," she said.

On the other hand, 6% of dioceses posted only unaudited reports, and 24% posted no reports at all.

The report, released in November, surveys the financial practices of all 177 dioceses that belong to the U.S. Conference of Catholic Bishops. It scores dioceses' financial transparency practices on a scale from 0 to 100.

The organization awards each diocese points for publishing a variety of financial documents, including audited financial reports, information about the diocese's cathedraticum (tax collected from individual parishes) and a current list of members on the diocesan finance council.

Baltimore was a new addition to this list, gaining six points from its score in 2019. The next five highest scores belonged to Joliet, Illinois; Belleville, Illinois; Charlotte, North Carolina; San Diego and St. Paul-Minneapolis — all of which scored in the high 90s.

The dioceses whose scores had improved the most from 2019 to 2020 were Greensburg, Pennsylvania (which gained 55 points); St. Paul-Minneapolis; Dodge City, Kansas; Ogdensburg, New York; and Birmingham, Alabama (which gained 35 points over its score in 2019).

On the other end of the spectrum, the Diocese of Camden, New Jersey, replaced Springfield, Massachusetts, as one of the five lowest-scoring dioceses, with a score of just 20 points, down from 59 in 2019. The diocese of Camden filed for bankruptcy on Oct. 1, citing losses from lawsuits related to clergy sexual abuse in the diocese.

The dioceses of Crookston, Minnesota; Lubbock, Texas; Tulsa, Oklahoma; and St. Thomas, Virgin Islands, rounded out the bottom five, all with scores of 20 or lower.

The diocese of Steubenville, Ohio, which has been in the bottom five in previous years, managed to raise its score to 30 from 20 in 2019. The report notes that this diocese is known for a lack of financial transparency, adding that a "likely reason for Steubenville's perennially low score may be financial malfeasance."

In 2017, independent investigators found that money in the Steubenville Diocese that should have been given to state and federal tax agencies had actually been used to cover diocesan expenses, according to the Weirton Daily Times. As a result, the diocese was ordered to pay $3.5 million in back taxes in 2018, according to the Wheeling News-Register. And in July 2020, the diocese's former comptroller admitted to embezzling roughly $300,000 and was indicted by a grand jury on various related charges, the Times Leader reported.

In 2018, Steubenville Bishop Jeffrey Monforton told the Pittsburgh Post-Gazette that he was confident that protocols put in place since the 2017 discoveries would resolve the situation.

Overall, the average diocesan transparency score decreased by less than one point to about 64.8.

The report notes that this change may be partially due to the addition of a new component to the survey. To receive full credit, the revised item asked dioceses to post a current list of the members of their diocesan finance council on their website, with maximum points awarded for those with start and end dates for each member's term of service so the organization could verify that the list was current.

"The reason that we did that was because we had been contacted by people who said, 'You gave our diocese credit for listing members of the diocesan finance council, and we know it's not current because some of them have even passed away,' " Roylance said.

Despite being notified about the change ahead of time, 64% of dioceses received a score of 0 on this question.

Having accurate information about diocesan finance councils is important, the report says, because these councils — codified in canon law — are the only organizations within dioceses "where lay people may exercise genuine authority," having veto power over some major financial decisions.

The report cites a weak or inactive diocesan finance council as one factor in the scandal in the diocese of Wheeling-Charleston, West Virginia, where Bishop Michael Bransfield took money intended for diocesan programs in one of the poorest states in the nation and used it to fund a lavish lifestyle, according to The Washington Post.

"Fully qualified Council members … would have been in a position to uncover the wrongdoing," the report states. "Enhanced transparency will not always prevent financial misconduct on the part of the bishop or other diocesan officials, but corrective action is impossible without transparency."

The report also flags the increased use of diocesan Catholic foundations — separate funds that are theoretically independent of diocesan structures and leadership and often used for schools or building projects. In some cases, such as that of the Diocese of Orange County, California, this appearance of independence is actually a façade, with bishops and other diocesan higher-ups allegedly controlling these "independent" funds, according to the Los Angeles Times.

Diocesan Catholic foundations "often allow donors to designate specific ministries or programs for their donations, but audited financial reports for the foundation build donor confidence that the money is being spent as intended," Roylance said in a follow-up email to NCR.

Voice of the Faithful advocates for audited reports of these foundations to be posted publicly on diocesan web pages along with other financial information.

Roylance recommended that laypeople look up their dioceses' financial transparency scores in the table at the end of the report. If a diocese has a low score or has recently lost a significant number of points, this can be a sign of trouble, she said.

"Our job has never been to assess the financial state of a diocese," Roylance said. "We leave that to members of the diocese. We just try to provide them with as much information as we can."

A version of this story appeared in the Dec 25, 2020-Jan 7, 2021 print issue under the headline: Some US dioceses improve financial transparency, others still secretive.