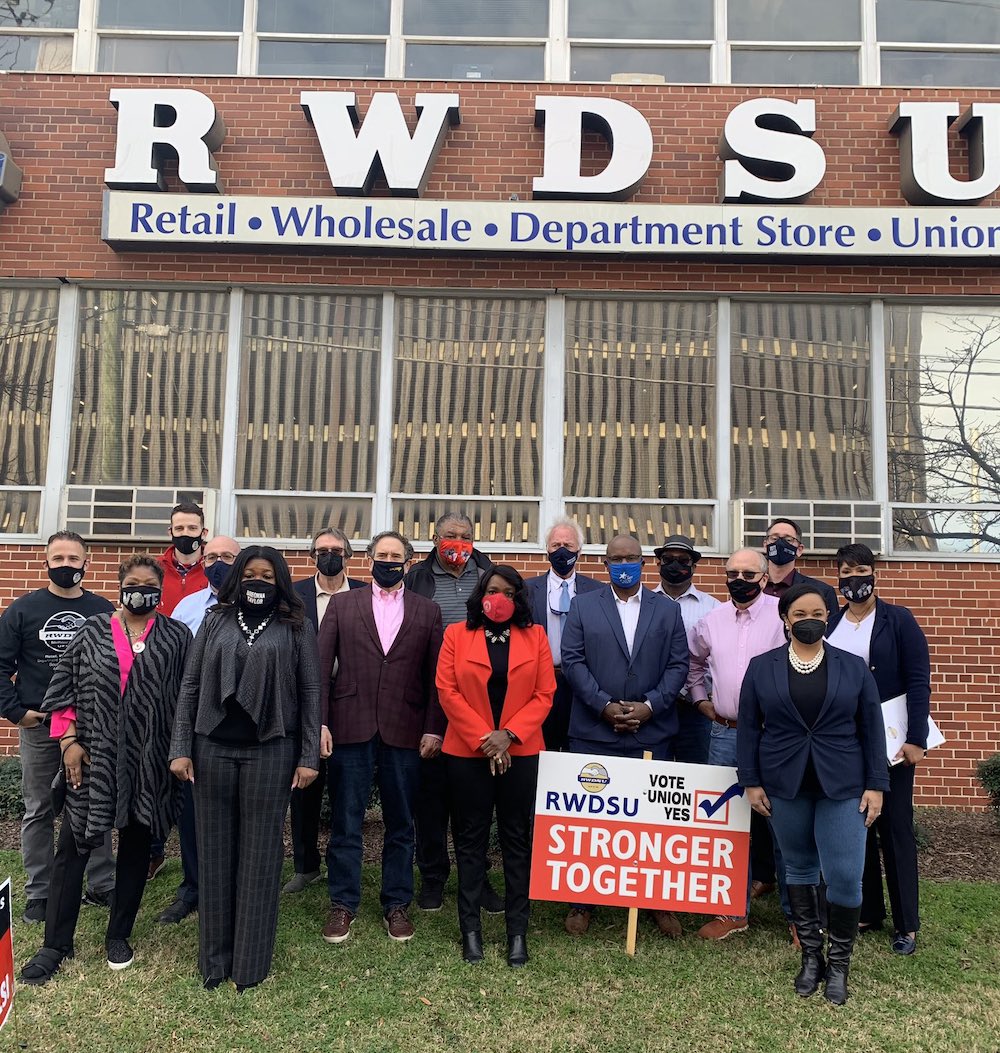 Lack of support for unions and even union busting at Catholic institutions contrasts with what popes have taught for more than a century about the rights of workers, said speakers at an event marking the 130th anniversary of Rerum Novarum, Pope Leo XIII's 1891 encyclical on capital and labor.

Considered a foundational text of modern Catholic social teaching, Rerum Novarum recognized the rights of workers to be paid a living wage and to organize — almost 50 years before the passage of the Fair Labor Standards Act and the National Labor Relations Act in the United States. The encyclical's anniversary is May 15.

Speakers at the May 12 event, hosted by the Catholic Labor Network hosted, highlighted the continued relevance of Rerum Novarum by recounting their experiences in labor organizing and critiquing efforts to quell it.

"This is a massive failure of the mission of Catholic higher education. It's hypocrisy that flies in the face of Catholic social teaching, and I can tell you from my own personal experience that our students notice it and our students see it," Beyer said.

"We all know young people are leaving the church in droves, and they're leaving because of hypocrisy. Pedagogically we're failing our students when we allow union busting to happen on our campuses, and it's an affront to their faith," Beyer added.

He also lamented that the teachings of Rerum Novarum are often not taught in seminaries or catechism classes. Much work remains to be done to educate Catholics about this essential church teaching, he said.

Chuck Hendricks of UNITE HERE, a labor union with 300,000 members working the hospitality industry, had his first labor organizing experience while working for a painting company that contracted with Catholic universities including Loyola University in Chicago and the University of Notre Dame.

Hendricks criticized the National Labor Relations Law for not carrying strong consequences for employers who violate it. "The law is toothless," he said.

Michelle Burke, a Maine nurse who participated in a unionization effort among the nurses at her hospital during the COVID-19 pandemic, said the hospital created a "constant, ever-present fog of fear and intimidation" and hired two separate union-busting companies, Reliant and Jackson Lewis, to quell organizers' efforts.

Beyer gave some historical context for Rerum Novarum — the industrial revolution, the increasing exploitation of workers under capitalism, and the rise of communism and socialism. Leo XIII understood that evangelization of workers was necessary to prevent the church from losing them to atheistic socialism, Beyer said.

"In Pope Leo's view, unions are necessary for protecting the rights of workers because capitalist employers often do not give workers their just due," Beyer explained, quoting from the encyclical: "The hiring of labor and the conduct of trade are concentrated in the hands of comparatively few; so that a small number of very rich men have been able to lay upon the teeming masses of the laboring poor a yoke little better than that of slavery itself."

Though Rerum Novarum criticizes capitalist exploitation, the encyclical also rejects socialism, Beyer said. The text stresses that the pursuit of private property is one of the natural (though limited) rights of human beings, and positions unions, not redistribution by the state, as the way to strike a balance in the conflict between capital and labor.

The Catholic Labor Network has been engaged in that work of promoting Catholic social teaching on labor and work for 25 years, said Clayton Sinyai, the network's executive director, in his welcome. Made up of clergy, religious and lay social justice advocates, the network is a grantee of the U.S. bishops' conference's Catholic Campaign for Human Development, which celebrates its own 50th anniversary this weekend.

A video of the webinar can be found on the Catholic Labor Network's YouTube channel.