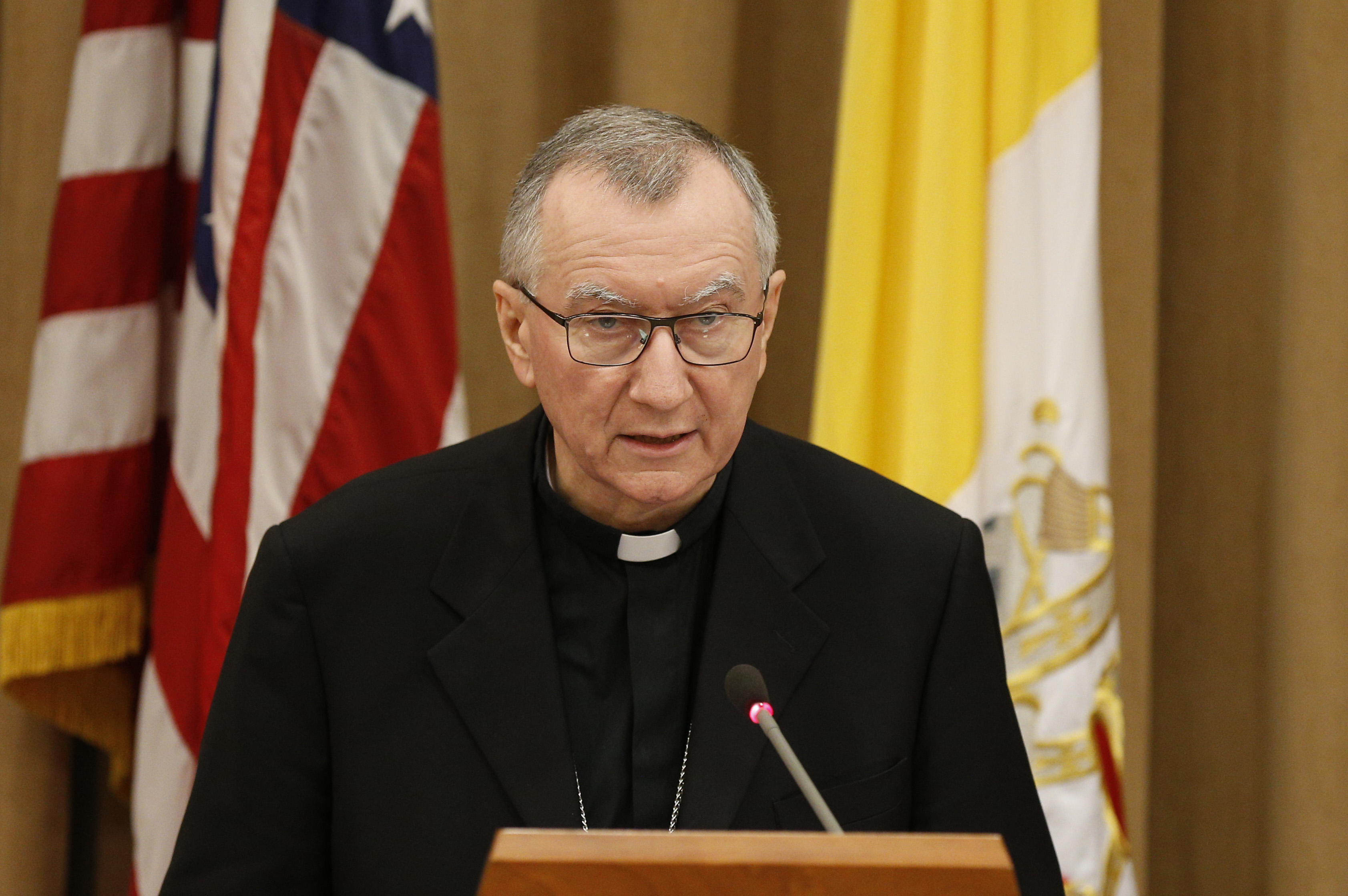 Cardinal Pietro Parolin, Vatican secretary of state, speaks at a symposium on religious freedom presented by the U.S. Embassy to the Holy See in Rome June 25. (CNS/Paul Haring)

The scandal of clergy abusing minors and vulnerable adults has overwhelmed the Catholic Church and its mission to preach the Gospel, said the Vatican secretary of state.

"It is not easy to say, because this scandal of clerical sexual abuse has really affected and continues to affect us -- everybody -- and it has a devastating effect on the life and on the witness the church is going to give to the world," said Cardinal Pietro Parolin.

In an interview Aug. 22 with the English edition of Vatican News, Parolin said the pope's visit to Ireland is a journey of hope to help the church and families in the country build a society in which children and the vulnerable are safe and secure.

During his trip to Ireland Aug. 25-26 for the World Meeting of Families, Pope Francis will meet with survivors of sexual abuse, the Vatican confirmed Aug. 21, but without disclosing the date, time or location.

The pope, Parolin said, has consistently reminded the church that "our first duty is to take care of the people who have been affected -- the victims of this tragic phenomenon," and he believes "the church in Ireland has continued its efforts to address and prevent sexual abuse."

"I believe that the church in Ireland has recognized its shortcomings, its mistakes, its sins and at the same has also provided measures that can prevent these atrocities, these horrors from being repeated," the cardinal said in a separate interview with the Italian edition of Vatican News.

The church, he added, remains close to those who suffered abuse by the clergy and is committed "to help them so they can rebuild their lives."

"I believe that the pope's journey to Ireland takes place above all under the sign of hope, this capacity for hope and trust -- precisely what I call the liberating, transforming and saving power of the love of God -- that is experienced in the family," Parolin said.