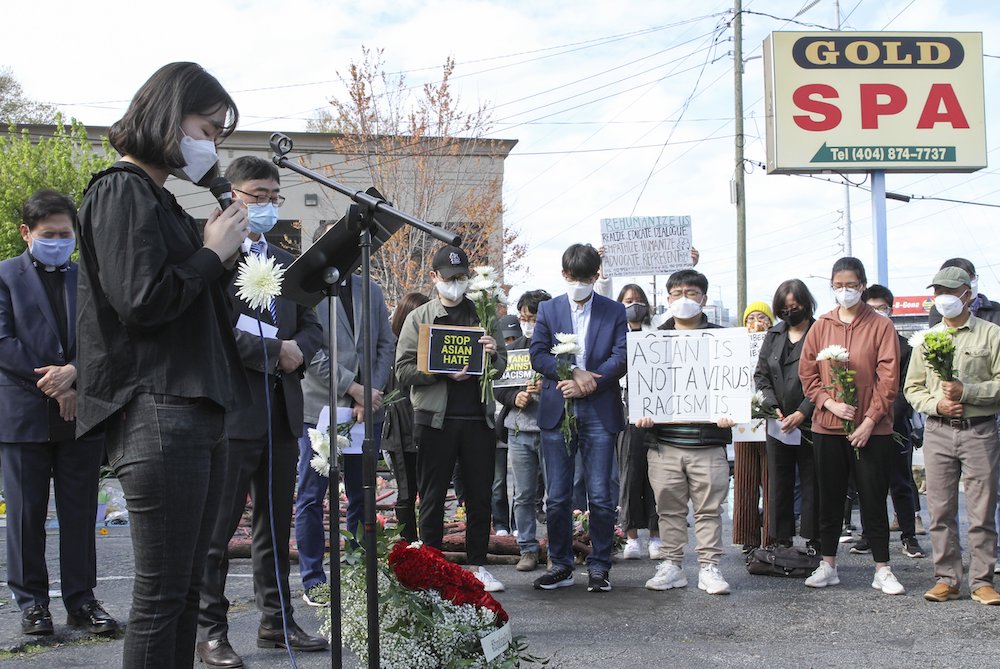 The slaughter in Boulder, Colorado, coming on the heels of the slaughter in Atlanta, should make clear to everyone in the country that our nation's gun policies are not working. Thirty-one people were murdered in Chicago in February, and there were 144 shootings. In one city in one month.

The two political parties retreated quickly to their respective talking points. Advocates for gun control stood ready to take on advocates for an expansive reading of the Second Amendment, another round in the culture wars. Another example of culture war paralysis.

The suspect in Atlanta purchased the 9 mm handgun he used to kill eight people just hours before he began shooting. The suspect in Colorado had previously been convicted of assaulting a high school classmate, but he was still able to purchase the AR-556 pistol he used to kill 10 people in Boulder.

That is why President Joe Biden's call for bringing back the ban on assault weapons is so important. Banning these weapons, and starting buyback plans to confiscate the ones already on the street, would actually hold out the prospect of making the now routine mass shootings a thing of the past. It will take time to get all the assault weapons off the streets, but stopping the supply of replacements makes it possible. Without a ban, our nation is deciding it is willing to allow these mass shootings to continue.

Younger readers may find it difficult to believe that our nation once had precisely such a ban in place. In 1994, Congress passed and President Bill Clinton signed a ban on assault weapons into effect, as part of a larger anti-crime bill. Some believed the ban played a part in the Democrats getting trounced in that year's midterm elections. In 2004, the ban was not reauthorized, so we do not know if it might have worked eventually to end the scourge of assault weapons.

The National Rifle Association was at the zenith of its power in the past 20 years. It is now beset by financial and legal woes, but it is still very powerful. Donald Trump was not the first to engage in mass disinformation campaigns: The NRA has been doing it, and doing it successfully, for years. Despite the NRA's ads, no Democrat has ever advocated taking away the kinds of guns families use on hunting trips.

Democrats control both houses of Congress and the White House. That does not mean gun control legislation is a foregone conclusion. That control at least makes it possible to hold opponents of gun control responsible by forcing them to vote against very popular legislation. The sense of horror, combined with the ability of the president to use the bully pulpit, makes progress possible.

There is a dark cloud hovering over this hopeful scenario. On Friday, the U.S. Supreme Court met to decide whether or not to hear a Second Amendment case. The court handed down two important, and regrettable cases in 2008 and 2010. In District of Columbia v. Heller, the court, for the first time, held that "The Second Amendment protects an individual right to possess a firearm unconnected with service in a militia, and to use that arm for traditionally lawful purposes, such as self-defense within the home." In 2010, in McDonald v. Chicago, the court guaranteed that their expansive reading of the right to bear arms extended to all state legislation. The justices have not taken another major gun control case since.

This is the first term in which the seat long held by Justice Ruth Bader Ginsburg is now held by Justice Amy Coney Barrett. That fact does not bode well for the future of sensible and moral gun control laws. "As a circuit judge, Justice Barrett showed a readiness to invoke the Second Amendment to strike down gun regulations, and she is likely to vote with the other justices eager to take up a Second Amendment case," said Jacob D. Charles, executive director of the Center of Firearms Law at Duke Law, in an interview when Barrett was nominated last October.

Our conservative friends like to talk about American exceptionalism. Turns out, nothing is more exceptional about America than its mass murder rate. You can kill a person with a knife, but killing 10 with a knife is hard to do. Murdering eight people with a hunting rifle is similarly hard to do: It takes time to reload, and potential victims can rush the assailant while he is reloading. Assault weapons — the suspect in Colorado could fire 30 rounds without reloading — are the problem. Assault weapons and sin, and sin can't be effectively banned. 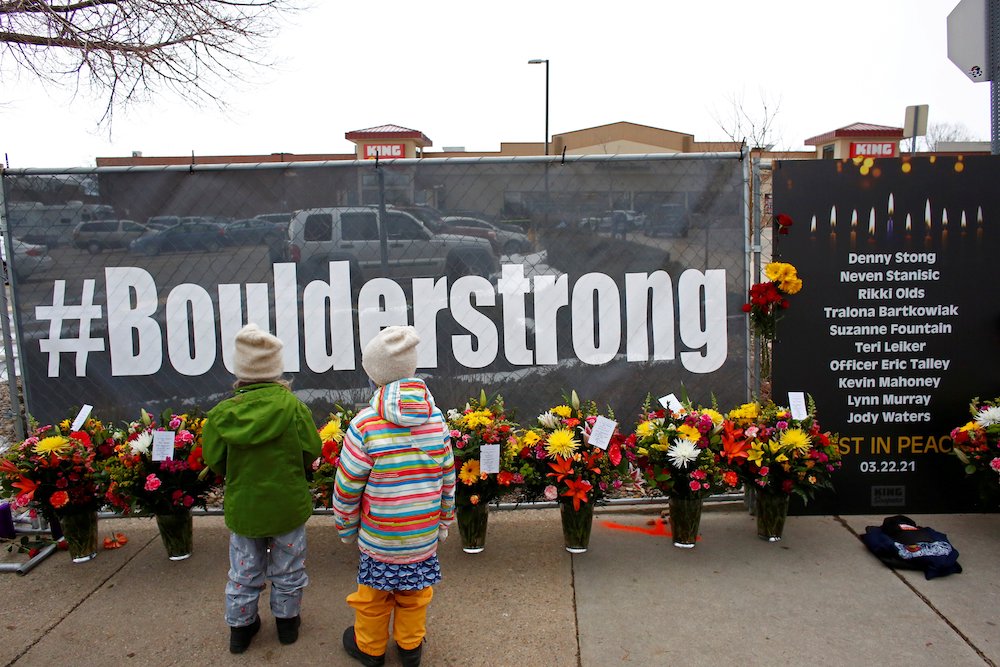 Flowers outside the King Soopers grocery store in Boulder, Colorado, March 23, 2021, the site of a mass shooting that killed 10 people the previous day (CNS/Reuters/Kevin Mohatt)