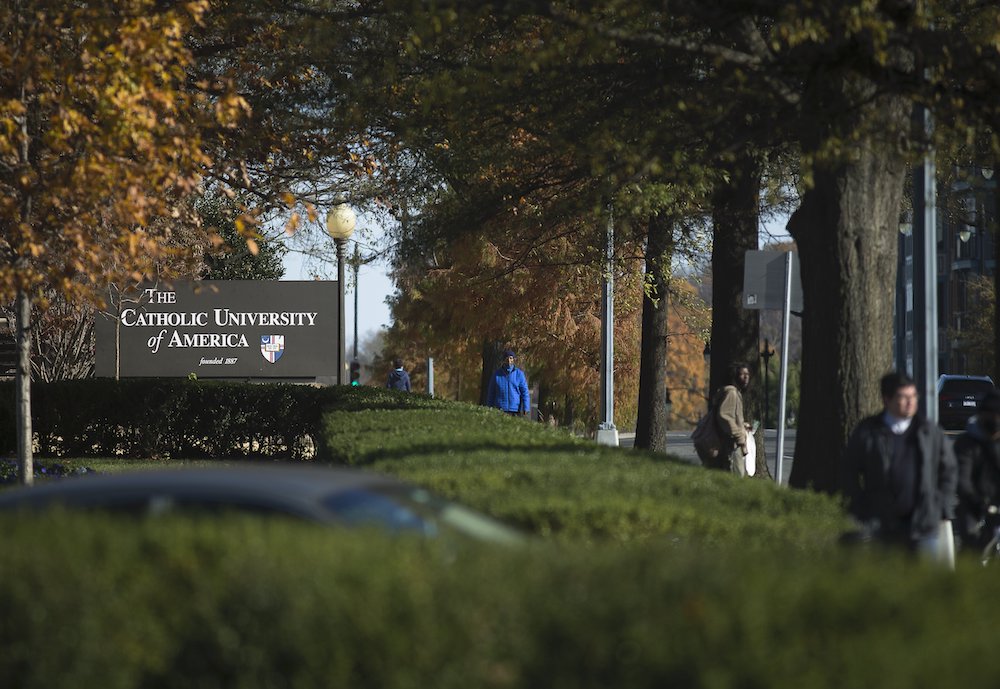 Right here at NCR, I want to call attention to an article that has been updated, and the update is really important. Alexander Thompson wrote about the fact that many of the nation's best colleges and universities, Catholic and non-Catholic alike, are requiring that their students get vaccinated in order to return to campus in the fall. The update regards my alma mater, the Catholic University of America, where President John Garvey has declined to issue a requirement. Hard not to wonder if his reluctance has anything to do with the fact that one of the university's star conservative professors, Catherine Pakaluk, is a leader in the effort to refuse the vaccine because its development involved stem cell lines originally derived from an aborted fetus.

In The Washington Post, a profile of Russell Ramsland Jr., one of the key players in the effort to convince Americans that the 2020 election was stolen. Ramsland used to deploy his marketing expertise to sell Tex-Mex food, and we can all wish he had stuck to the burritos. The key takeaway: Never forget that this was orchestrated.

At Politico, David Siders on what stands behind the Democrats' newly found willingness to embrace "tax-and-spend" policies. The short answer: The passage of time combined with the pandemic. Or as Ruy Texeira puts it: "What's the constituency now for deficit phobia?" What is interesting, too, is that the GOP is divided by the prospect of higher taxes: The working class, non-college whites, who are now part of the GOP base, benefit from government programs and support the rich paying higher taxes, while the small businesspeople of all races and ethnicities, who constitute the other part of the GOP base, remain opposed to higher taxes and bigger government. That is why Fox News only focuses on the culture war issues, which is the sole unifying theme of the GOP today.

Speaking of culture wars, in the San Francisco Chronicle Miki Kaneda asks why operas that traffic in racist stereotypes like "Madama Butterfly" are still performed. "To earn my living as a professor of music, I find myself in the absurd position of having to teach this material," she complains. I have a solution: Quit, and give the job to someone who, when writing about Puccini and Verdi and Berlioz will care to note that the music is beautiful. When a music professor does not recognize the power of music to transcend the self, our culture needs a bit of help.

Relatedly, at The Hedgehog Review, Anna Keating on her experience as a Catholic chaplain at a contemporary liberal arts school. One of many money quotes: "Replacing religion with wellness is like replacing poetry and music with massages and journaling and working out. They all have value, but they are not the same." Very depressing reading.

An oldie but goodie that seems relevant anew: In Commonweal, Grant Gallicho writing about the inability of the Archdiocese of San Francisco to even apologize effectively for spraying water on homeless people to keep them away from the cathedral building. Archbishop Salvatore Cordileone and his team were tone-deaf then and they are tone-deaf now. Can someone get them some help?

Relatedly, at The Baffler, Theo Whitcomb documents the plight of the homeless in a small city in conservative, rural Oregon, and the bizarre understanding of charity that has infected some evangelicals who run the town's only shelter. I am all for subsidiarity, but it presumes some semblance of sanity.