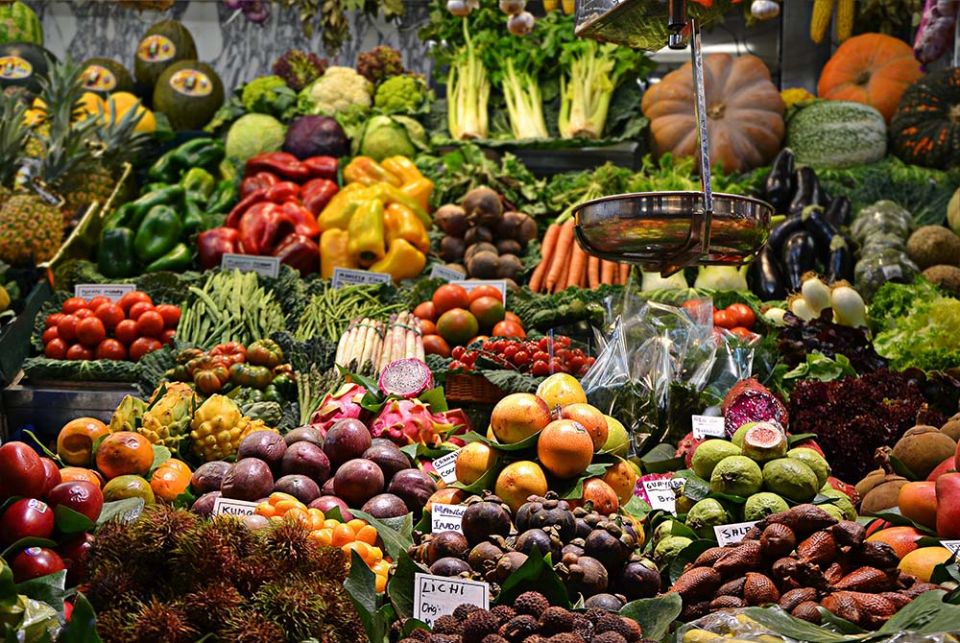 Diet is a touchy subject. No one likes to be told what or what not to eat, especially if the recommendations run counter to culinary traditions and our taste buds. But in the spirit of Neil deGrasse Tyson, science doesn't care about your palate or your culinary traditions. When it comes to what's best for slowing climate change and preventing the next pandemic, there's no getting around the benefits of a plant-based diet.

The cause of both crises, at least in part, is a dysfunctional relationship between humans and non-human animals — a relationship that centers on meat eating.

Industrial agriculture and increased meat consumption around the globe are major sources of greenhouse gas emissions. Meanwhile, humans are increasingly colonizing the habitats of other animals, raising animals in cramped, unsanitary conditions and then selling them in equally squalid places — all of which increase the chances of novel zoonotic diseases jumping from animals to humans.

If we are serious about both stopping the climate crisis and preventing the next pandemic, it's past time to have a come-to-Krishna moment and bring our habits in line with what science deems necessary: Meat eating needs to drop to a minimum or be eliminated entirely.

Hindu Scripture extols the virtue of not killing animals for food, as well as treating animals (and the planet as a whole) with the utmost respect and dignity.

Related: You can get your 'meat' fix without exacting a pound of flesh from animals

The Srimad Bhagavatam, a revered text in Hinduism's Vaishnavite tradition, states, "Ether, air, fire, water, earth, planets, all creatures, directions, trees and plants, rivers and seas, they are all organs of God's body. Remembering this a devotee respects all species."

Mahatma Gandhi famously summed up this spirit when he concluded, "One can measure the greatness of a nation by the way it treats its animals."

The first spiritual step, or yama, of yoga is ahimsa (non-harming). It is a principle found in all the dharmic religious traditions and is the root of abstaining from meat eating for Hindus.

This virtue is also supported by science.

For more than a decade, scientific report after scientific report has shown that vegetarian diets are far better for preserving a healthy planet and reducing greenhouse gas emissions than meat-heavy diets. Vegan diets are far better still. Even radically reducing the amount of meat a person consumes, short of eliminating it entirely, has a big impact.

Nevertheless, the push toward plant-based diets often meets resistance around the globe.

In India and the Indian diaspora, promotion of vegetarianism often gets labeled as an imposition of upper-caste Hindus trying to oppress the cultural traditions of meat eating among subaltern communities. In the United States, particularly in ranching and big farming states, moving away from meat is perceived as an attempt to erase a way of life that has gone on for generations.

Despite Netflix documentaries showing how high-level athletes and bodybuilders are performing just as well or better without any animal products, veganism is seen as somehow unmanly, weak or elitist. Similar stories and objections can be found around the globe with local flavor and variety.

Yet, the data on what needs to be done is unequivocal.

To cite a recent report from the British think tank Chatham House: For 86% of the 28,000 species threatened with extinction, agriculture is the main threat; 80% of global farmland is used to raise animals, yet these animals' flesh provides just 18% of all calories consumed; if we restored pastureland to its natural state it could store a full seven years' worth of greenhouse gas emissions from fossil fuels.

Put that next to the assertion from the U.S. Centers for Disease Control that 75% of emerging infectious diseases are zoonotic and the course of action is clear.

Our diets and agricultural methods must change toward far less meat and dairy — better still, none. We must stop taking over the habitats of other animals to the greatest degree possible.

Doing this needn't be internalized as somehow a failure by meat eaters, either personally or culturally, or weaponized as a point of superiority by those people already eating planet-friendly diets.

Ultimately, all of us must be unafraid of reassessing our habits and traditions in light of new circumstances and evidence. In this case, what the evidence shows is that changing what we put on our plates, and how we grow it, can help solve two of the major threats to humanity: the climate crisis and future pandemics.

[Mat McDermott is senior director of communications at the Hindu American Foundation, where he produces the podcast "That's So Hindu." The views expressed in this commentary do not necessarily reflect those of Religion News Service.]