I am a bird, waiting: How to find God's presence in nature 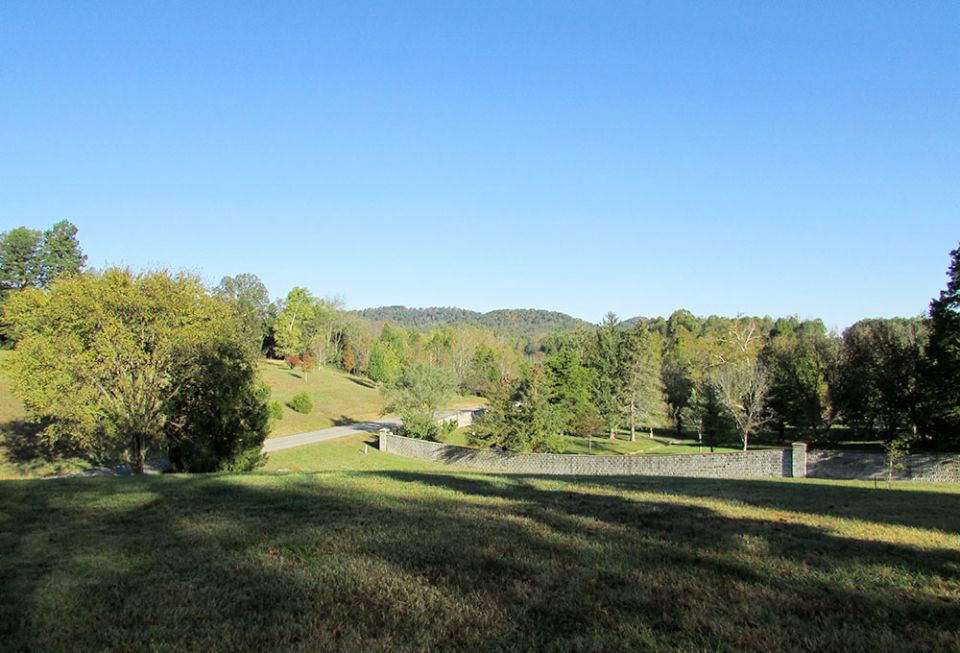 Landscape shows the wall around the Abbey of Gethsemani, Kentucky. (Wikimedia Commons/Chris Light)

Editor's note: The following is an excerpt from The Seeker and the Monk: Everyday Conversations with Thomas Merton (Broadleaf Books) by Sophfronia Scott.

Over the course of a wet and chilly weekend in December, I walked in the footsteps of Thomas Merton. I wouldn't call my trip to his corner of Kentucky a pilgrimage. I knew I would do some praying when I joined the monks in their daily cycle of chanting and prayer, but I didn't have a plan beyond that. I'd traveled alone, and I wasn't sure how comfortable I'd be rambling the woods by myself. But I knew I wanted to try. 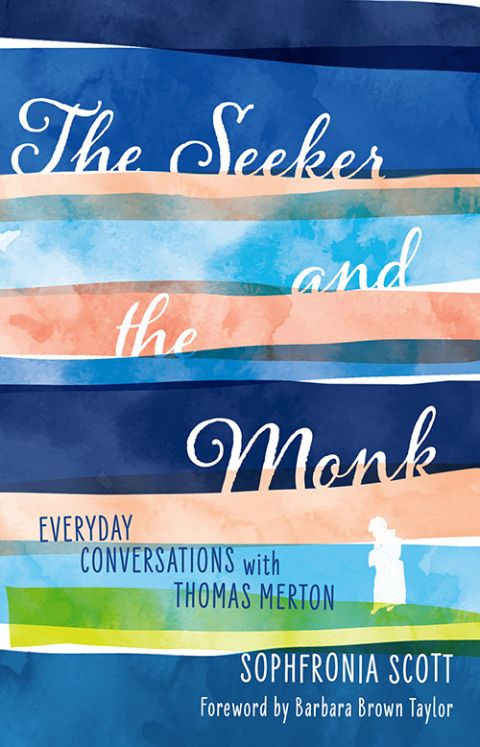 The grounds of the Abbey of Gethsemani cover nearly 1,500 acres of hills (called "knobs"), valleys, lakes, fields, and forests. To know Merton's work is to know this landscape, because he photographed it and wrote about it so often: from basic observations about the weather to contemplative ruminations connecting the natural world to the divine presence at work. His observant eyes and ears absorbed the vital details, and he found words to bring it all to life. Such words from his book Conjectures of a Guilty Bystander are what first captivated me, as I heard out loud his descriptions of birdsong awakening, each in their own turn. Even now when I hear a crow, I think of how he thought, "The waking of crows is most like the waking of men: querulous, noisy, raw."

Merton's connection with this corner of the earth, located fifty miles south of Louisville, Kentucky, is so deeply personal. It only made sense for me to venture out and, in a fashion, meet him where he once was. I pulled on my hiking boots and zipped up my coat. I studied the map on the sheet of paper I received from the lobby desk of the abbey's guesthouse and then set out down the driveway under a tin-gray sky.

I assumed Merton's connection to the woods around the monastery grew from his earliest days as a young novice. While there is some truth to that, Merton's direct experience of the land came much later. The property behind the abbey's church and the monastery itself are walled-off enclosures. When Merton first arrived at Gethsemani, monks were not allowed outside the walls except for work assignments such as clearing brush in the fields or planting trees in the woods. His days were spent in cycles of prayer, study, and writing. Even today on the monastery's website, a note to visitors reads, "We ask you to bear in mind that the monastic life is lived as a separation from the world."

Merton lived the first eight years of his monastic life for the most part behind the abbey's walls. And yet he found the experience less than peaceful. He chafed at having little time to himself because of his duties, and as royalties from his books flowed and the abbey began the noisy work of renovations and the mechanization of its farming and cheese-making activities, he found quiet hard to come by as well. He wanted solitude. 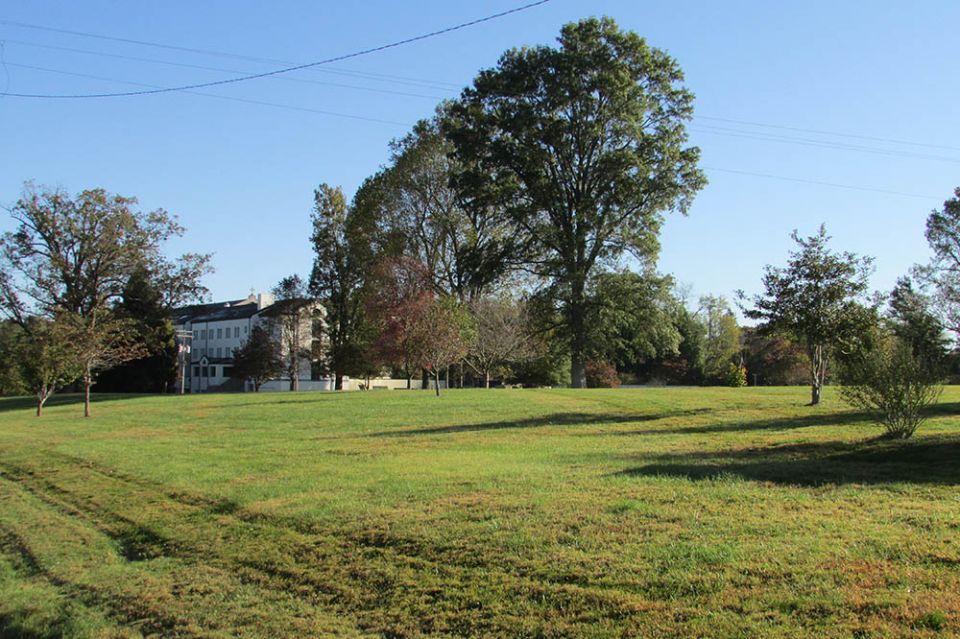 The Abbey of Gethsemani in Trappist, Kentucky (Wikimedia Commons/Chris Light)

He thought about leaving for a different monastic order, the Camaldolese, in which the monks lived in solitude as hermits. His superiors tried to assuage his desire to leave by allowing him solitary spaces for his writing and reading. But then, unexpectedly, about a month after his ordination to the priesthood, Merton writes that on June 27, 1949, "Reverend Father ... gave me permission to go out of the enclosure into the woods by myself."

On that day, his writing and his spirituality changed forever. This footnote appears on the page of that day's journal entry: "The expansiveness and depth of Merton's prose, as he recalls his walk, marks June 27, 1949, as a day on which Merton's life at Gethsemani breaks out beyond a past mental and physical confinement." In the book Thomas Merton's Gethsemani: Landscapes of Paradise, author Monica Weis notes of this time, "Once beyond the monastery walls, Merton's heart soared."

I figured it would be easy enough to make it to St. Edmond's Lake, less than half a mile from the abbey and, according to my map, pretty much a straight shot once I crossed the road, Highway 247. I could be back in less than an hour, in time for the None prayer at 2:15 p.m. The path took me through harvested fields that rolled up and away from me to my right. I wondered if these were the same fields that Merton had worked as a young man, before the abbey had machinery to tend the farm. He had relished the exertion of harvesting corn and cutting tobacco, and he enjoyed the fellowship of his monastery brothers toiling with him under the sun. Three or four grand old trees stood out in the distance, rising up from the fields with their bare branches and straight trunks. They reminded me of the tree in the field Red (Morgan Freeman) is looking for when he seeks out Andy's (Tim Robbins) gift for him at the end of the film "The Shawshank Redemption." I stepped around muddy puddles left from an earlier pouring rain.

It's a known fact that going outside and being in nature is good for us. But what Merton experienced that first day of being allowed outside the walls and on the days that followed was beyond taking a hike and beyond simply stopping to smell the roses. Merton's heart didn't soar, profoundly touched, because he took a walk. He felt something out there — something I daresay so many of us seek when we are hungering for an experience of God. "As soon as I get away from people the Presence of God invades me," he writes. "And when I am not divided by being with strangers (in a sense anyone I live with will always remain a stranger), I am with Christ." Merton found somehow beneath the branches, on the sides of the hills, in all of nature a sense of transcendence. I'm guessing that after being doused in words for so many years, suddenly he could be in this expansive, silent space with God and just listen. This was not necessarily prayer, which people usually understand to be about talking to God. This was about reaching out. This was about feeling. Within the monastery walls, it was as if he were continually fussing with the dials of an old ham radio, hoping to tune into a divine frequency. But outside? He could be the antennae. Maybe even be the frequency.

To me, this is transcendence — which, as Thomas has helped me understand, is about an awareness, perhaps even a fine tuning. I'm not sure there are even proper words for what I'm trying to describe. It looks like a complete oneness with all of creation. Since my baptism in 2011 in the Episcopal Church, I've often thought about that oneness and about what belonging to Christ means. From my observations, it seems this is expressed in terms of action — what one does, how one behaves. Love others, do good works, live into charity, mercy, and forbearance. But there's a shift within as well. I feel it as a release of ego and my very essence. What Thomas describes is the feeling when I do so. When I can make this release, it puts me in the same room with the divine. 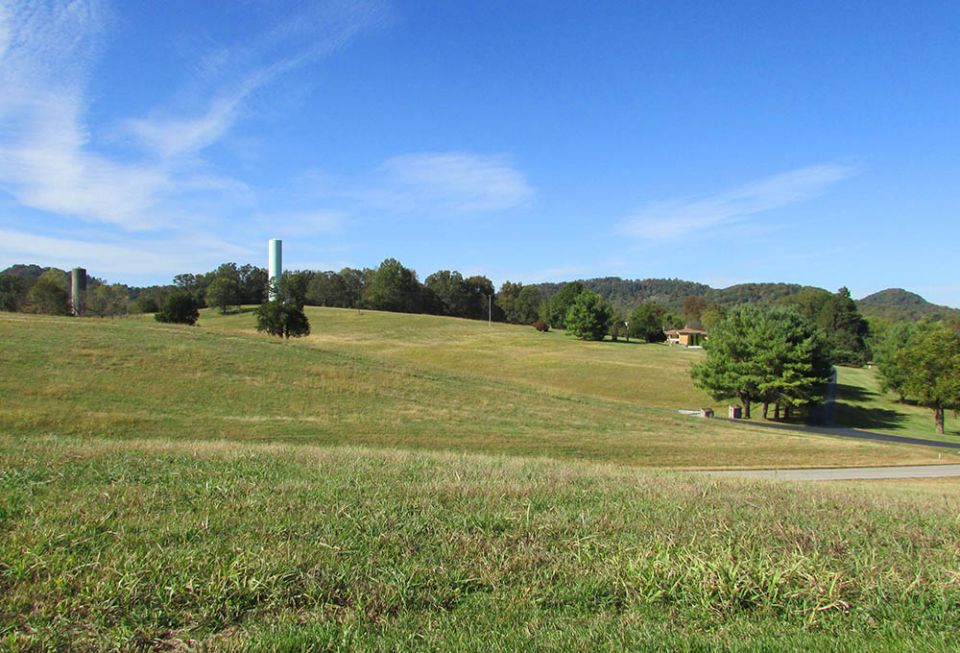 A field at the Abbey of Gethsemani, Kentucky (Wikimedia Commons/Chris Light)

How can we use nature to cultivate an awareness of God? How do we enter a space of reverence, where there are no walls and no ceilings and yet where we find a room we share with Creator Spirit? Merton had pondered this as well that first day walking in the forest: "And I thought: If we only knew how to use this space and this area of sky and these free woods."

Considering his reflections on that pivotal day and then how he lived and wrote afterward, I think the answer to this cultivation question comes in three pieces. He began by going out every day and walking the earth in a sacred manner — meaning reverently, with his whole being open to the feel of the earth underneath him and of the air around him. Merton often walked barefoot so that he could better appreciate connecting with the ground. The second piece involved an ongoing acknowledgment of the weather. The third seemed to be about learning all he could about the "rooms" of his outdoor home, including the names of the flowers and trees that furnished it and the birds and animals who resided there. The assembled wisdom of these pieces brought Merton to the unity of creation and his place in it: "How absolutely central is the truth that we are first of all part of nature, though we are a very special part, that which is conscious of God. In solitude, one is entirely surrounded by beings which perfectly obey God."

Merton's words make me smile. It's like he recognizes a different monastery existing on the property of Gethsemani. He knew there would be much to learn there, and he was eager to do so. 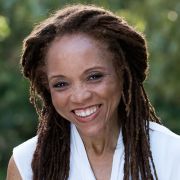 Sophfronia Scott is the author of The Seeker and the Monk: Everyday Conversations with Thomas Merton. Her other books include Unforgivable Love, Love's Long Line, Doing Business by the Book, and This Child of Faith: Raising a Spiritual Child in a Secular World, co-written with her son Tain.

Perspective | I am a bird, waiting: How to find God's presence in nature