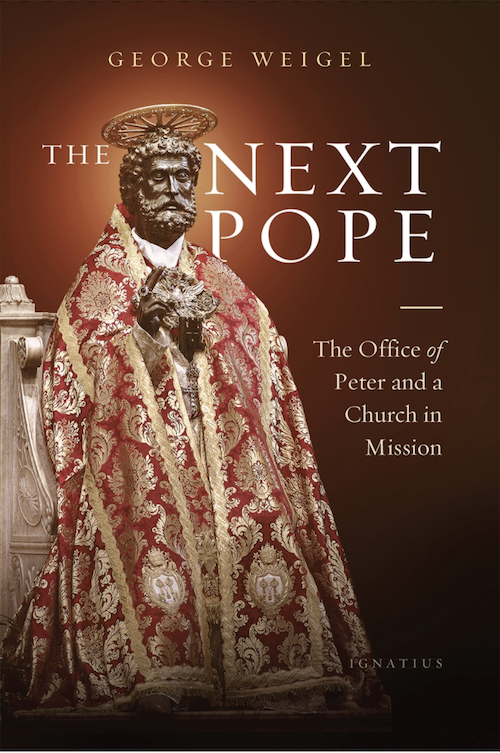 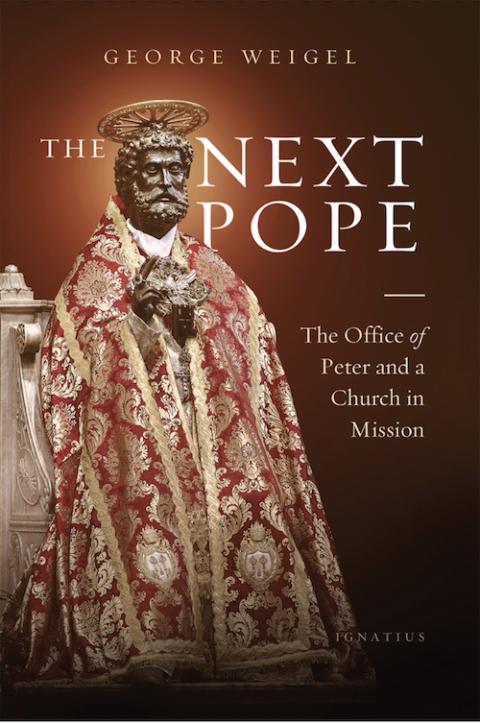 New York Cardinal Timothy Dolan has forwarded copies of a book that suggests qualities desirable in a future pope to cardinals across the globe, in an apparent break with the longstanding practice that the Catholic Church's highest prelates refrain from publicly lobbying for possible candidates for the papacy.

Four cardinals in various parts of the world confirmed to NCR receipt of the volume, sent by Ignatius Press with an accompanying note from Dolan. The book is George Weigel's The Next Pope: The Office of Peter and a Church in Mission, released by the publisher this month.

The four prelates, who spoke on condition of anonymity, each expressed concern about the propriety of a member of the elite College of Cardinals sending such a book while the current pontiff, Pope Francis, is not known to be ill or considering resignation.

"Many of us were left speechless that this American cardinal sent us the book," said one of the cardinals.

"We have a pope, and our beloved St. Pope John Paul II gave us clear norms about a future conclave," said that prelate, referring to the 1996 apostolic constitution Universi Dominici Gregis, which sets forth the rules governing conclaves.

"I … forbid anyone, even if he is a Cardinal, during the Pope's lifetime and without having consulted him, to make plans concerning the election of his successor, or to promise votes, or to make decisions in this regard in private gatherings," it states.

Dolan's note accompanying Weigel's book is dated June 9, signed by the cardinal, and printed on letterhead featuring Dolan's coat of arms. It appears to have been sent to all 222 of the world's cardinals.

Dolan addresses the recipient as "Your Eminence, my brother cardinal," and states: "I am grateful to Ignatius Press for making this important reflection on the future of the Church available to the College of Cardinals."

In an emailed comment to NCR July 14, Weigel said his book "does not contain a single sentence about a future conclave."

"No potential candidates are named and no conclave strategy is discussed," said the author. "The book is a reflection on the future of the Office of Peter in what Pope Francis has called a Church 'permanently in mission.' Period."

Weigel also suggested that those concerned over whether Dolan's action went against the norms regarding conclaves could consult with members of the so-called "Sankt Gallen group," a loose association of cardinals who strategized together after John Paul's 2005 death about who might be the best papal successor.

Dolan and Ignatius Press did not immediately respond to requests for comment on this story.

Weigel does not specifically propose names of cardinals to consider as a possible future pope in his book, but he does suggest characteristics and qualities that would be desirable in the next pontiff.

Weigel also makes several veiled criticisms of Francis, including the pope's decision not to directly respond to a 2016 letter from four retired cardinals questioning his teachings on family life, as enunciated in his apostolic exhortation Amoris Laetitia ("The Joy of Love").

That exhortation was Francis' response to two Synods of Bishops, held in 2014 and 2015. Dolan had been part of a group of 13 cardinals who wrote a letter to the pope during the second of those synods, expressing concern about the way Francis had organized the gathering.

Upon the death or resignation of a pope, all cardinals under the age of 80 are tasked with gathering in Rome to elect his successor. At present there are 122 such cardinals, including Dolan.