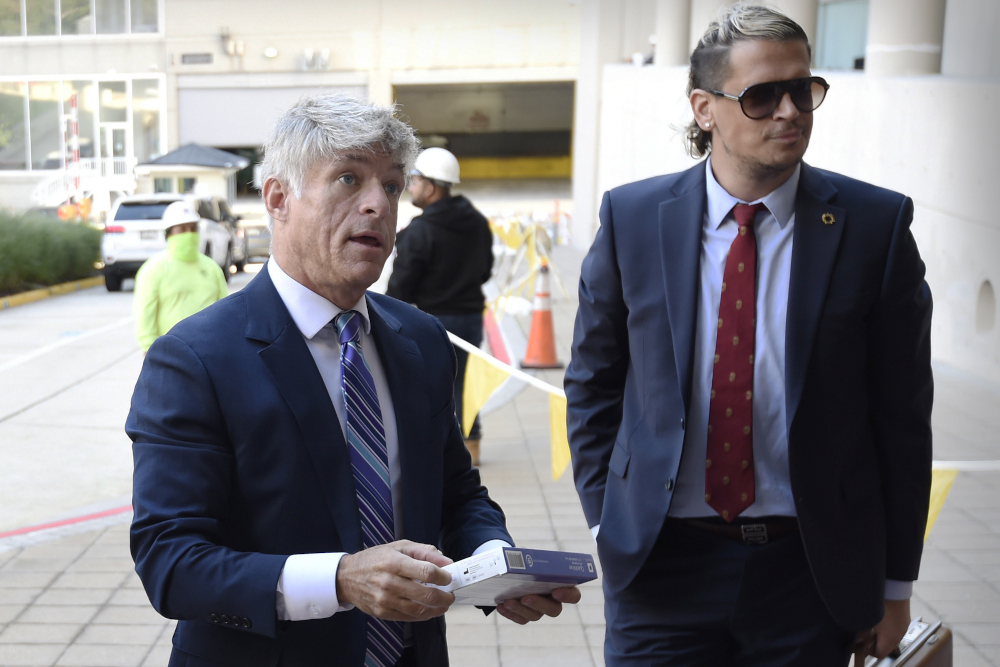 A federal appeals court has upheld a judge's ruling that Baltimore city officials cannot ban a conservative Roman Catholic media outlet from holding a rally at a city-owned pavilion during a U.S. bishops’ meeting.

St. Michael's Media Inc. signed a contract with a city vendor Nov. 4 for its Nov. 16 prayer rally only hours after a three-judge panel from the 4th U.S. Circuit Court of Appeals ruled in the group's favor late Wednesday, according to the Michigan-based media outlet's attorney, Marc Randazza.

"Baltimore hopefully learned a lesson in First Amendment law that its taxpayers now have to pay for," Randazza told The Associated Press.

Cal Harris, a spokesperson for Baltimore Mayor Brandon Scott, said city officials are disappointed by the 4th Circuit's decision "and remain concerned about the potential public safety threat to Baltimore City property posed by the rally."

"Protecting Baltimore residents and their property is our top priority, however, we will abide by the direction of the courts," Harris said in a statement.

The city argued that the gathering poses a threat to public safety. City attorneys noted that Yiannopoulos' speaking engagements have attracted counterprotesters and led to violence and property damage, while Bannon "regularly calls for violence against government officials."

The 4th Circuit panel didn't explain its decision to uphold U.S. District Judge Ellen Hollander's Oct. 12 ruling that St. Michael’s, also known as Church Militant, is likely to succeed on its claims that the city discriminated against it on the basis of its political views and violated its First Amendment free speech rights.

Hollander said city officials could not prohibit the pavilion's manager from contracting with St. Michael's, but she refused to set any court-ordered contractual terms.

The waterfront pavilion is across from a hotel where the U.S. Conference of Catholic Bishops is scheduled to hold its national meeting from Nov. 15 to Nov. 18. St. Michael’s said it deliberately picked the date and location for its rally to coincide with the bishops' meeting. The group also said it held a peaceful, city-permitted rally at the same site during the bishops’ national meeting in 2018.

In 2017, a confidant of Pope Francis specifically mentioned ChurchMilitant.com in an article condemning the way some American evangelicals and Roman Catholics mix religion and politics. Jesuit Fr. Antonio Spadaro’s article in a Vatican-approved magazine said the media outlet framed the 2016 presidential election as a "spiritual war" and Trump’s ascent to the presidency as "a divine election."