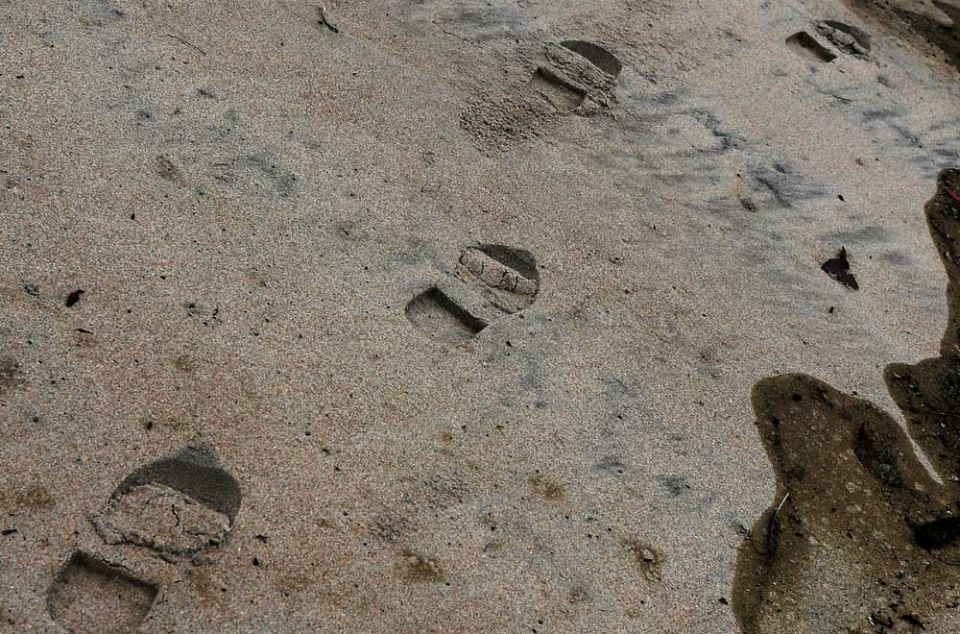 At ports of entry along the U.S.-Mexico border, asylum-seekers spend days or weeks in line, waiting for a chance to make the case that they have a valid claim to receive protection in the United States.

During the next few months, those lines might only get longer, while those who avoid them and turn themselves in between ports of entry won't be offered the chance to seek asylum at all.

U.S. law says that any migrants may seek asylum from within the U.S. or upon arrival at its borders, "whether or not at a designated port of arrival" and irrespective of their legal status. But an interim final rule from the departments of Homeland Security and Justice and a presidential proclamation, both issued Nov. 9, bar migrants who cross the border between ports of entry from applying for asylum.

Several major Catholic organizations oppose the policy change, worried that it will prevent vulnerable migrants from receiving the protection they need — especially since asylum-seekers might not learn of or understand the new rule in time to adjust their travel plans.

In a Nov. 14 statement, the leaders of the Catholic Charities USA, Catholic Legal Immigration Network (or CLINIC), Catholic Relief Services and the bishops' conference Committee on Migration urged the administration to seek other solutions, saying the rule will "restrict and slow access to protection for hundreds of children and families fleeing violence in Central America," potentially leaving migrants in "unsafe conditions in Mexico" or indefinitely detained.

The rule estimates that it will affect around 70,000 asylum-seekers per year who enter between ports, as well as the approximately 24,000 per year who seek asylum at ports of entry and could now face longer wait times.

Effective for at least 90 days with the possibility of extension, the rule still allows migrants who cross between ports of entry to apply for withholding of removal or relief under the United Nations Convention against Torture treaty, said Victoria Neilson, a senior attorney for CLINIC.

Those protections are less permanent, however, and migrants must demonstrate a "reasonable fear" of persecution or torture — a standard only around 25 percent of migrants meet — before they can present their case to a judge.

In contrast, migrants arriving at ports of entry must demonstrate a "credible fear" of persecution, a lower standard that about 75 percent of applicants pass. Those who pass are eligible to apply for asylum, which provides a pathway to permanent legal status if granted.

Arguing that the high numbers of migrants currently traveling toward the U.S. from Central America are creating an emergency situation, the administration issued the rule without going through the normal process, which includes a 60-day public comment period before a rule can go into effect.

A few hours after the rule was issued, the American Civil Liberties Union, Southern Poverty Law Center and Center for Constitutional Rights filed a suit against the administration in California's northern district court on the basis that the rule bypassed the proper process and runs directly counter to U.S. law.

Catholic advocates also focused on the effects it will have on vulnerable migrants fleeing violence, with groups such as the Leadership Conference of Women Religious, Franciscan Action Network and dozens of religious communities among over 700 faith leaders and organizations that signed a letter in support of asylum-seekers Nov. 5, before a concrete plan to restrict asylum had materialized.

Until recently, U.S. policy actually encouraged asylum-seekers to cross between ports of entry, said Camilo Perez-Bustillo, director of advocacy, leadership development and research at the Hope Border Institute in El Paso, Texas. It was simpler to skip the lines, approach a Border Patrol agent and immediately request asylum.

At ports of entry, meanwhile, migrants might have to wait for days or weeks, with little means of supporting themselves, until officials decided they had enough resources to process them. There are also reports of officials lying to or dissuading migrants who seek asylum at ports of entry, Neilson said.

One of the main advantages of funneling asylum-seekers to ports of entry for immigration officials is that they can "meter" the flow of immigrants entering, said Perez-Bustillo, rather than having to deal with immigrants whenever they arrive. Making more asylum-seekers use official ports of entry could leave them vulnerable to "arbitrary decisions being made by [Customs and Border Protection] that aren't explained, that are totally at their discretion about how many cases they can handle and when."

It also isn't a given that migrants traveling toward the U.S. will even learn about this policy in time to redirect their journey to ports of entry, meaning some who could otherwise have qualified for asylum could attempt to cross elsewhere. They might fail the higher "reasonable fear" test or end up receiving only temporary protection.

Understanding of the new policy will spread slowly, if at all, said Neilson, who finds as an immigration lawyer that her clients don't easily grasp the difference between asylum and withholding of removal. For migrants without lawyers, "I think the likelihood of the nuances of the rule reaching people accurately are pretty slim."

"In my experience with people fleeing violence from Central America, they're not thinking about what their ultimate legal status will be in the U.S.," Neilson continued. "They're just trying to get to a place that they believe will be safe and to the extent that the U.S. continues to be seen around the world as a country that provides safe haven to refugees it will continue to be a place that people try to reach."

Harsh immigration enforcement won't deter migration if its root causes aren't addressed, Perez-Bustillo added. "It's kind of this endless cycle that continues to churn with no concrete solutions. These are Band-Aids. What the Trump administration is trying to do is to put its finger in the dike but it's not going to last and it's not going to work."

Lebanon strains under weight of refugees