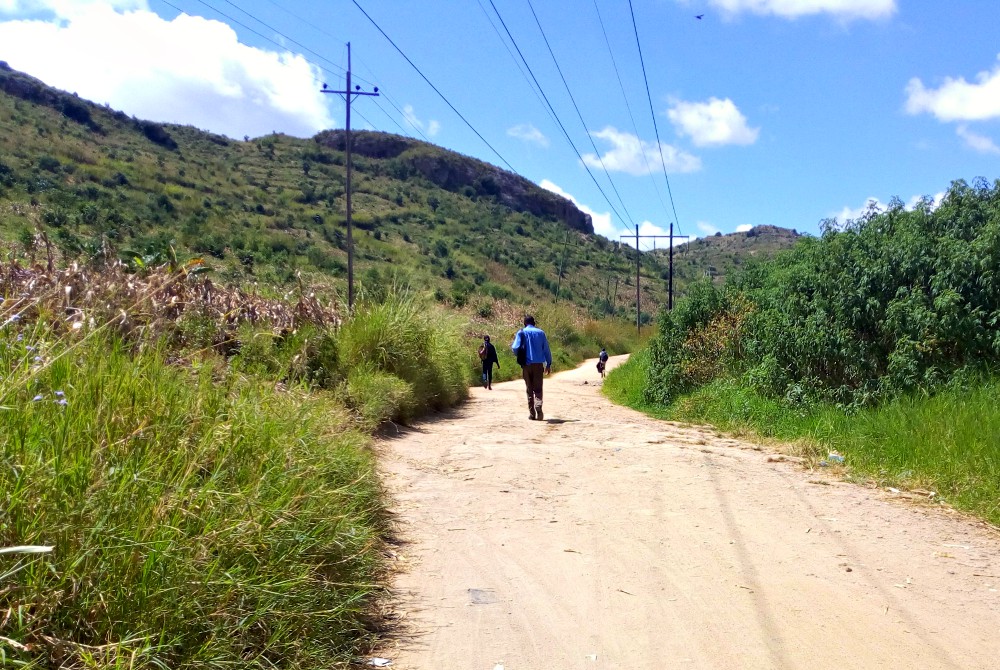 Catholic relief organizations in Malawi are bracing for the worst as COVID-19 infection rates spike across the country, worsened by escapes from quarantine centers and expats coming back home from hot spots.

Agencies such as the Catholic Development Commission in Malawi (CADECOM) and Catholic Relief Services (CRS) were already stretched thin after last year's Cyclone Idai disrupted economic and agricultural productivity for most households in the small African nation.

Malawi, a country of about 21 million people, is mired in extreme poverty, with the International Monetary Fund saying in May that the pandemic is having a "severe impact" on its economy, with growth now expected at 1% for this year.

Catholic Relief Services told NCR that demand for humanitarian and social aid is on the increase as the pandemic escalates, although the magnitude of the outbreak is lower than that of South Africa, the worst-affected nation on the continent. As of June 9, there were four deaths in Malawi while total infections stood at 443 against 55 recoveries.

"The most imminent demand in Malawi at the moment is from the health facilities as health workers require training, personal protective equipment and functional control measures to be effective in preventing infections," Julie Ideh, country representative for Catholic Relief Services in Malawi, told NCR by email.

"Restrictive measures have been announced by government, including a potential lockdown," said Ideh. "This has caused many Malawians to demand for food or cash."

The cases have grown significantly in the past few weeks and authorities cannot do much by way of restricting movements of people after courts in the country ruled against such measures. South Africa has also followed suit, with its High Court saying last week that some of the lockdown measures are unconstitutional.

But Catholic bishops in Malawi are already considering the possibility of a lockdown in the country as infection cases continue rising. The bishops are calling for social support measures to be put in place before the government can reconsider movement restrictions.

"In the event of imposing restriction on mobility there would be need for social support for the poor and the vulnerable and such support should not be politicized," Malawi's bishops' conference said in a May 24 pastoral letter.

The bishops also called COVID-19 "real and deadly" and said they are "concerned with sections of society who deny the existence" of this disease.

Most of those in Malawian quarantine centers are immigrants returning from South Africa. According to the Public Health Institute of Malawi, the country "has been getting returning residents and deportees from other countries, mainly South Africa. Upon entry, they are tested for COVID-19, if positive they [are] put under institutional isolation until safe transfer to their destination district has been arranged."

The Catholic bishops said however that they are "concerned with a lack of consistency" in observing the measures needed to fight further spread of COVID-19 across the country.

Relief agencies such as CRS are of the view that a lockdown is looming if the cases continue to rise, but they are also worried that less than 1% of Malawi's rural population are adequately equipped and prepared for such a scenario.

The Center for Global Development cites five indicators that determine household readiness for a lockdown: access to electricity; safe drinking water; improved sanitation; a fixed or mobile phone; and a refrigerator to keep goods fresh.

Ideh said, "Most Malawians, whether they are rural farmers or urban dwellers, depend on precarious daily sources of income and are affected by seasonal shocks like floods, droughts and crop disease. Only 0.1 percent of the rural population of Malawi is prepared for a possible lockdown." 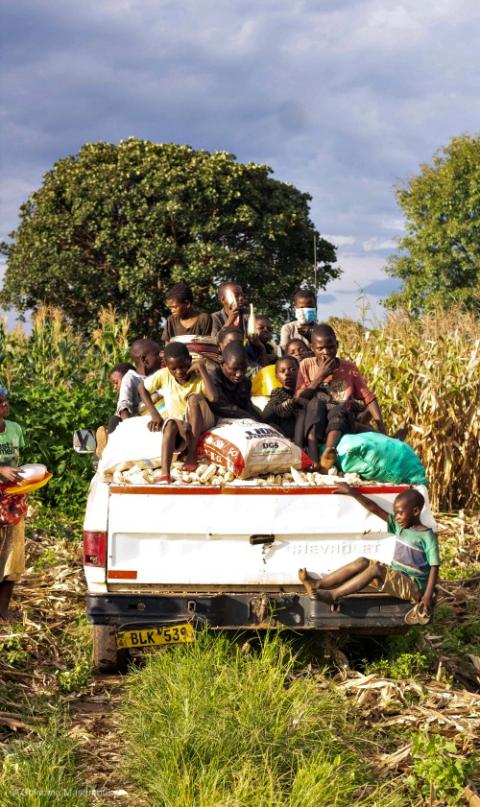 A week after the government of Malawi shut down schools because of the coronavirus pandemic, children ride along on a truck during the harvest March 18. (Wikimedia Commons/Chisomo Masambuka)

Worse still, some of the households that Catholic agencies are serving in the far southern and northern parts of the country are still trying to overcome the impact of floods in early 2020, which displaced many from their homes and destroyed incomes.

"Children are losing the opportunity to attend school, which means they also lose the meal that they were receiving at school and face an increased risk of various harm and abuse," Ideh observed. "The potential increase of already high rates of gender-based violence is also a risk."

And there are wider expectations for the church to play a leading role in raising awareness, especially in terms of information dissemination and advocacy.

The Catholic Development Commission in Malawi has thus joined the fight against COVID-19 in the country after it sourced funding for the supply of personal protective equipment (PPE) for frontline workers at six major district hospitals, according to the Catholic Information Service for Africa.

"The funds will go towards support for purchase of PPEs in hospitals and rural areas across the six districts of Lilongwe, Mwanza, Karonga, Nkhotakota, Mchinji and Chikwawa. ... The project will also support sensitization and awareness sessions and capacity building of front line staff," Chimwemwe Phiri, CADECOM's director, told the news agency.

All this is taking place against the backdrop of the race for a national presidential election rerun on July 2.

Malawi's courts early this year called for a rerun of the poll won last year by incumbent Peter Mutharika; opposition parties allege Mutharika manipulated the electoral system in his favor. The country is pressing ahead with the vote despite potential risks of further contamination of voters owing to crowding.

"Our fight against coronavirus is being undermined by politics and politicians," Mutharika said in a televised statement in May. "The courts stopped us from going on a lockdown. The same courts want us to go to an election. Now, we have a situation that is encouraging everybody to campaign and undermining social distancing."

Although there are many who are against holding the election, the Catholic bishops believe the poll will allow Malawians to choose a leader who will take the country forward. The bishops have also called for the election to be "free, fair, credible and peaceful" in light of recent violent demonstrations against the initial poll in 2019.

"We also urge all Malawians to go and vote and vote wisely, keeping in mind the consequences of not voting or not voting wisely," underscored the bishops' pastoral letter. "Let us continue to pray and seek God's guidance for the success of this election."