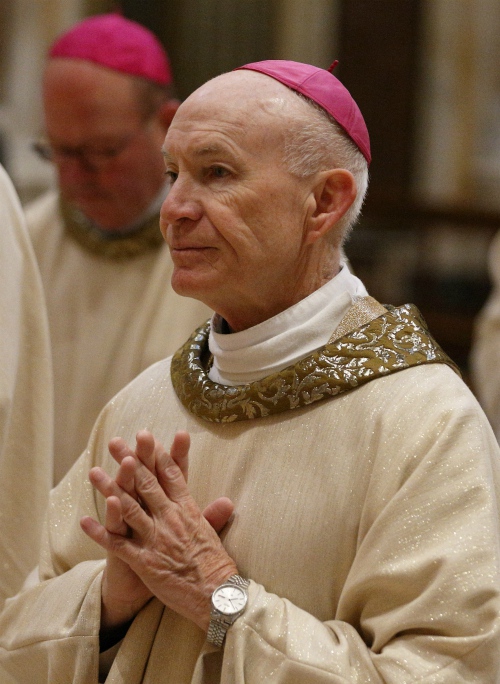 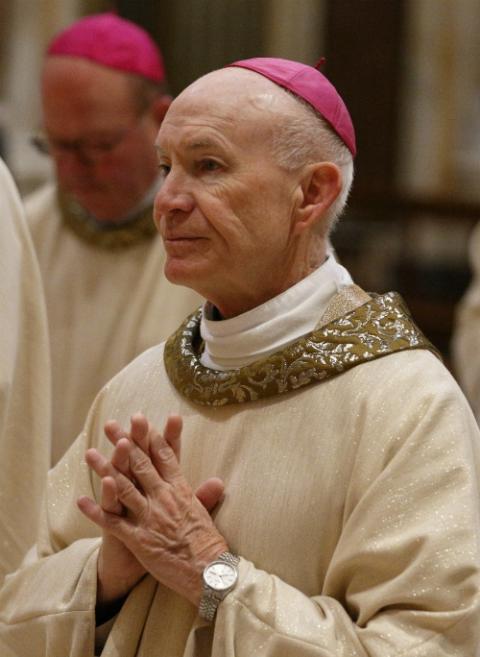 With less than one week before the election, Archbishop George Lucas of Omaha, Nebraska, is sparring with two Creighton University professors over whether electoral politics is the best arena for combating abortion.

The two parties have exchanged crossfire in Omaha's primary newspaper, with the archbishop blasting his piece to the archdiocese's electronic mailing list just days before Election Day, encouraging voters to prioritize abortion at the ballot box.

In an Oct. 27 opinion piece in the Omaha World-Herald, theology professors Richard W. Miller and Todd A. Salzman argued in support of Democratic presidential nominee Joe Biden, rooting their rationale in concern for the environment, which they describe as a pro-life value.

"The overwhelming scientific consensus confirms human activities, primarily fossil fuel use, has caused one degree Celsius of warming since the Industrial Revolution," they write. "Warming of more than 1.5 degrees risks triggering a chain of secondary effects that could eventually carry the planet to four to five degrees Celsius postindustrial warming."

They continue, "Notable scientists estimate that with such warming the planet might only support half a billion to a billion people. Climate change thus uniquely threatens the value of life."

Miller and Salzman acknowledged the U.S. bishops state that "the threat of abortion remains our preeminent priority" — a quote from the controversial latest version of "Forming Consciences for Faithful Citizenship," the bishops' official voter's guide for Catholics. But Miller and Salzman also note that the bishops insist that "as Catholics we are not single-issue voters," a quote from the same document.

"The Church teaches the primacy of the value of life and protects the primacy of conscience to discern the best ways for promoting life, including the best strategies to reduce abortions," Miller and Salzman argue.

They conclude, "With the world on the brink of irreversible climate catastrophe, conscientious values-based voters — especially Catholics — should support Biden."

In a rare move, the city's archbishop took to the same pages of the Omaha World Herald on Oct. 29 in response, doubling down on the priority of abortion.

"I must take exception to the argument Miller and Salzman offered, especially to Catholics, for guiding our voting decisions," wrote Lucas.

"Catholic bishops hold that the threat of abortion remains a preeminent priority in this country because our laws and our courts so often fail to protect the basic right to life of a whole class of human persons, the unborn," he wrote.

Lucas' column was also sent out to the archdiocese's mailing list on Thursday, just five days ahead of the election, with a note saying "in the interest of clarifying important truths of the Catholic faith, we are sharing it with you."

"Our opposition to the injustice of abortion will not be credible when we fail to recognize and work to eliminate other serious threats to human life and dignity, including racism, the environmental crisis, the inhumane treatment of migrants and refugees, poverty and the imposition of the death penalty," wrote Lucas in his column.

The language of preeminence was added to the introductory letter to the bishops' voting guide in November 2019 with the explanation by Archbishop Alexander Sample of Portland, Oregon, that "we are at a unique moment with the upcoming election cycle to make a real challenge to Roe v. Wade, given the possible changes to the Supreme Court."

His justification has been subjected to criticism by other bishops, noting that such reasoning is political in nature, rather than theological, with some bishops arguing that the issues of racism, the environment and migration — all major areas of emphasis for Pope Francis — should be prioritized by Catholics in this election.