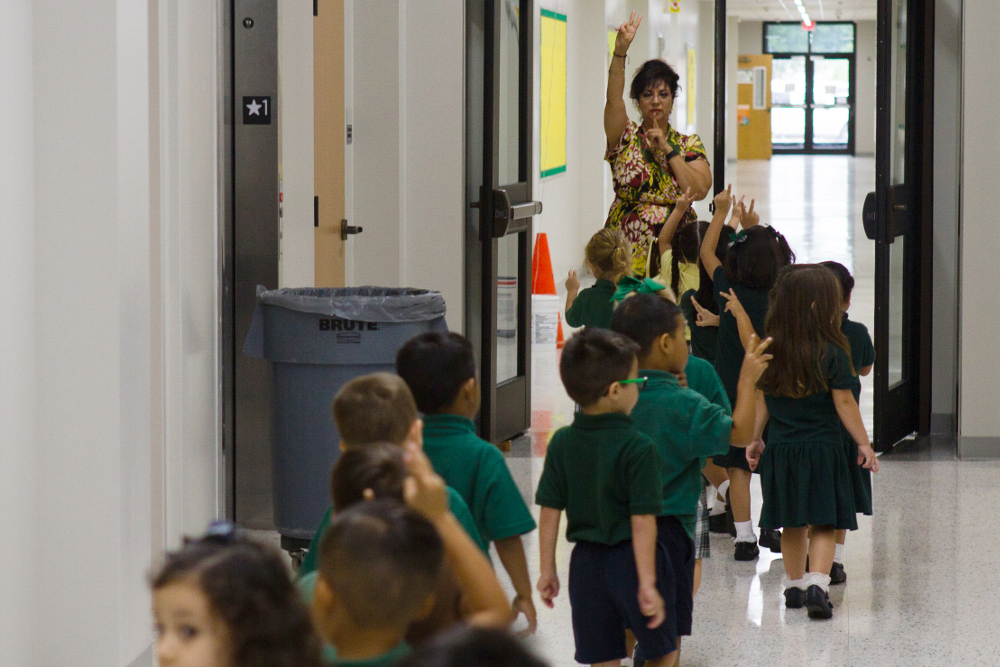 Somewhere in Prairie Village in eastern Kansas is a youngster of kindergarten age whose first experience of Roman Catholicism was one of rejection. The child recently was refused admission to a Catholic school because the leader of that archdiocese holds that something is so wrong with the child's parents that the church is compelled to turn the child away.

Immediately it will be justly pointed out that that is but one way to view things, and that the church's decision could also be seen not as a rejection of the child, but of the parents and their insistence on remaining a couple — as well as the child's parents — even though they are of the same sex.

The Archdiocese of Kansas City, Kansas, under Archbishop Joseph Naumann, has a very clear and understandable policy about it. In a statement issued to media, the archdiocese says it views every child as a gift from God and that its schools teach the "inherent dignity of every person," while also holding that not "every choice or behavior is consistent with our God-given dignity."

Civil law or not, says the statement, same-sex marriage is not consistent with the Catholic view of marriage. "Our schools exist to pass on the Catholic faith. Incorporated into our academic instruction and spiritual formation at every grade level," reads the statement, "are the teachings of the Catholic Church. It is important for children to experience consistency between what they are taught in school and what they see lived at home." In that logic, the children of same-sex couples — even those who agree to raise the children in the faith, take them to Mass and help them prepare for sacraments and volunteer at the school and so on — must be excluded.

"The challenge regarding same sex couples and our Catholic schools," the statement goes on, "is that same sex parents cannot model behaviors and attitudes regarding marriage and sexual morality consistent with essential components of the Church's teachings. This creates a conflict for their children between what they are taught in school and what is experienced at home. It also becomes a source of confusion for the other school children."

And that about ties things up. It is clear, logical, well thought out, consistent and leaves behind no trail of ambiguity, only a child who is told he or she, for reasons beyond their control, is not acceptable

Such a rejection may not loom large in the imagination of a kindergarten-aged child. He or she may not even know what happened. But what about us? The community? Are we OK with it? We, who have LGBT sons and daughters, aunts and uncles, friends, nieces, nephews?

St. Ann Catholic Church, at the epicenter of the controversy, seems an open and welcoming community with a significant number of members who want to see the archbishop's decision overturned. A petition being circulated — and signed by more than 1,000 people — raises essential issues: "Respectfully, we believe that the decision to deny a child of God access to such a wonderful community and education, based on the notion that his or her parent's union is not in accordance with the Church's teaching in Sacramental marriage, lacks the compassion and mercy of Christ's message."

That is not an idle claim. Can one imagine the circumstance where Jesus, who makes such elaborate claims about children, would first seek to make sure the documentation and protocol for their parents is all in proper order before summoning the little ones to approach him?

Indeed, does the archdiocese require a similar moral inventory of all other parents? Do they check to make sure that the behavior of each is consistent and in alignment with Catholic teaching? Do they inquire, since the fascination seems to be with sexual orientation (and no equivalence is intended here between sexual orientation and moral failure) and sexual ethics, of a couple's use of artificial birth control? Pills? IUDs? Condoms? Tubal ligations? Vasectomies? Do they require a sworn affidavit about marital fidelity?

Certainly any financial advisors among the parents will have been told that they can't recommend investments in any companies that in any way manufacture or promote contraceptives or abortifacients. And certainly the archdiocese has prohibited the children of parents who work at the weapons plant, the one that provides all the non-nuclear parts for nuclear weapons. Surely, they've been handed the stacks of papal documents condemning the manufacture and existence of such weapons.

What about the children of Protestant parents who, doctrinally, would be out of step with Catholic teaching on a number of scores?

Ah, say some of the monitors of orthodoxy, but those things are not immediately visible. They won't be discerned by elementary school children, they won't cause confusion.

Perhaps to some. If that is a reason for opposition, then one must ask if the school might prohibit the children of the Muslim mother who wears a hijab or the Orthodox Jewish father who wears a yarmulke, symbols of fervent religious belief that would not permit of consistency with Catholic teaching. Wouldn't their children and others in the school be terribly confused? Or when it becomes widely known that a parent is a non-believer, maybe an ardent atheist, is his or her child sent packing?

Life for the purist, who hangs his faith on the faux orthodoxy that has sprung up as a peculiarity of U.S. Catholicism during the past 35 years, quickly gets messy and complicated. In this case, however, we have seen that sending children away from our schools is not the only alternative.

Life for the purist, who hangs his faith on the faux orthodoxy that has sprung up as a peculiarity of U.S. Catholicism during the past 35 years, quickly gets messy and complicated.

In 2010, there were nearly identical circumstances within months of each other in the Archdiocese of Denver and the Archdiocese of Boston. In Denver, Archbishop Charles Chaput, a noted culture warrior now of Philadelphia, stood stoutly behind the pastor who banned a child of same-sex parents, citing much the same rationale as Naumann.

In Boston, Cardinal Sean O'Malley had a quite different response. There a pastor's decision to bar a child of gay parents was reversed. "We believe that every parent who wishes to send their child to a Catholic school should have the opportunity to pursue that dream," said the superintendent of Catholic schools in Boston. "The archdiocese does not prohibit children of same sex parents from attending Catholic schools."

One view rests on two presumptions: First, that the leader of a small archdiocese in mid-America is so absolutely certain of the mind of God on this issue that he knows God would be forced to ban one of his most innocent from the community; and, second, that the Catholic community there is so fragile it is highly vulnerable to being knocked off course by life's inconsistencies.

The other view allows God some room for divine judgment in good time, doesn't put limits on God's graciousness or mercy and can't imagine Jesus ever turning a child away from the community because of his or her parents. The approach demonstrates a confidence that the community today can tolerate not having all of the answers absolutely and that a child's contact with it is far less threatening to its life and character than turning a child away.

A version of this story appeared in the March 22-April 4, 2019 print issue under the headline: Bannign child from school is inconsistent.