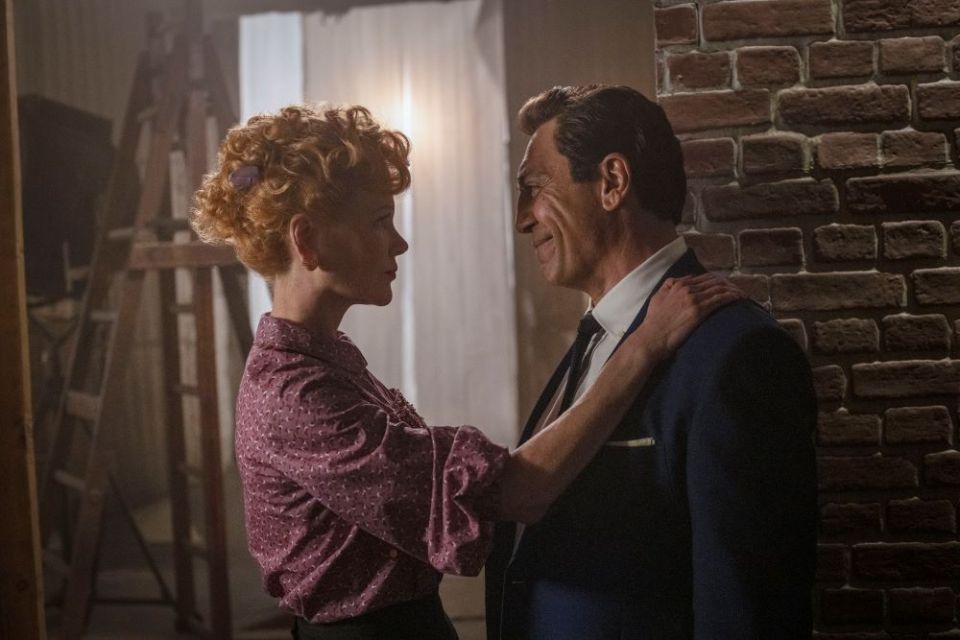 Nicole Kidman and Javier Bardem portray Lucille Ball and Desi Arnaz in a scene from the 2021 film "Being the Ricardos," written and directed by Aaron Sorkin and streaming on Amazon Prime. (CNS/Amazon Content Services/Glen Wilson)

Few people on Earth were as funny as Lucille Ball — her expressive face could convince anyone that invisible angels were sent to push and pull on her features to take us right into comedy heaven. Through "I Love Lucy," the groundbreaking sitcom that celebrated its 70th anniversary in October 2021, Ball became a staple of American households. Over the course of six seasons, more than 60 million people tuned in every Monday to watch the goings-on of the Ricardos: successful bandleader Ricky (played by Ball's husband, Desi Arnaz) and his wife Lucy, who often gets in trouble as she seeks to make it in show business.

On March 25, NCR Opinion & Culture Editor Olga Segura moderated a conversation about the 2022 Oscars with Jose Solís and Sr. Rose Pacatte. This year's awards ceremony, honoring movies released in 2021, is Sunday, March 27. Here are the nominated movies NCR has reviewed.
"Being the Ricardos"
"The Hand of God"
"CODA"
"The Eyes of Tammy Faye"
"Attica"
"Don't Look Up"
"Dune"
"Encanto"
"No Time To Die"

In real life, however, the tables were turned, as it was Ball who held the power in their relationship, a woman too bright to live under a man's shadow. In "Being the Ricardos," writer/director Aaron Sorkin studies the dynamics of a couple that could only exist happily in one dimension: fiction. Nicole Kidman and Javier Bardem, both of whom received Academy Award nominations for their work in the film, play Lucy and Ricky, and Lucille and Desi, carefully delineating the differences between the life they shared with television audiences, and the one they lived away from the cameras.

Although Sorkin tends to lionize male characters who can solve world issues with Atticus Finch-like inspirational speeches, in "Being the Ricardos" he centers the mind of a woman, Ball, as she travels between her personal and professional life during one week of chaos. The film is set in 1952 and begins as we learn that conservative radio host Walter Winchell has accused Ball of being a Communist and a threat to the American public. Ball also discovers she's with child and must devise a plan to let her network include her pregnancy in the show. She is also suspicious that Desi is being unfaithful. All of the above happens while she's in the midst of producing the latest episode of her sitcom. 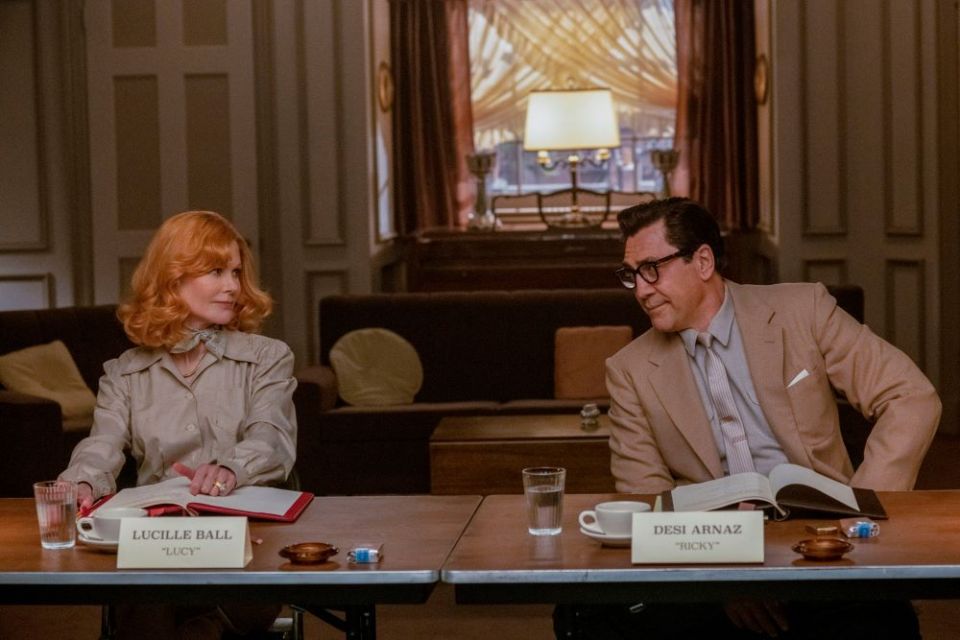 Nicole Kidman and Javier Bardem portray Lucille Ball and Desi Arnaz in a scene from the 2021 film "Being the Ricardos," written and directed by Aaron Sorkin and streaming on Amazon Prime. (CNS/Amazon Content Services/Glen Wilson)

Sorkin's Ball is shaped after the men he's praised for writing: She's a no-nonsense dame who shoots witticisms relentlessly and won't let anyone take her for a fool. That in itself would be an entertaining character, but thanks to Kidman, she becomes a whole human being. While the screenwriter formed her exterior, Kidman fed her inner life and imbued her with spirit. There are several scenes in which Ball seems set apart from the rest of the world, not out of disinterest, but because she seems to have externally reached a sacred space.

These moments often occur while she's at work, surrounded by a community with a shared and noble goal: entertaining people. Although she's keen on making people laugh, Ball won't do it at the expense of the characters' dignity, or the assumption that the public will be satisfied with the low-hanging fruit of facile jokes. Kidman's eyes widen, very much as Lucy Ricardo’s did, but for different reasons.

A scene in the movie faithfully recreates one of the all-time iconic moments in "I Love Lucy," as we see the fiery redhead (even in black and white we can't help but see her bright hair) climb into an oversized vat of grapes to make wine. Lucy's eyes and mouth widen with surprise at the recognition of a new, strange sensation. She moves, penguin-like, trying to get used to the juicy fruit reaching her ankles. As we see the hilarious homage, we understand that we have been invited into Ball's imagination, a place where she is visited by the muse, a place very similar to the method of imaginative prayer.

We are often reminded that the holy spirit is accessible to us through conversation. If we reach out, the holy spirit will surely reply, and perhaps not in the way or fashion we expect, but by providing what we need, rather than what we want. Although Arnaz was Catholic and wed Ball in a traditional ceremony, the actress was raised Presbyterian and in later life befriended the pastor Norman Vincent Peale. Peale was the author of The Power of Positive Thinking, a popular self-help book published the same year "Being the Ricardos" takes place.

Using 10 simple rules based on repeated affirmations of God's power, Peale developed a method to help people achieve mental peace and inspiration. Although the film doesn't go into the details of Ball's spiritual beliefs, through Kidman, we understand this is a woman whose genius came from her ability to tap into the unknown, from surrendering during contemplation.

It's no coincidence that it's during these moments where Ball visualizes what could be that the answers come to her. She returns from those moments completely refreshed and confident. No one understands how she does it, her process remains a mystery, but her solutions remain infallible. "I have an everyday religion that works for me. Love yourself first, and everything else falls into line," Ball once said.

Hollywood films tend to place more importance on the power of intellect and rational thinking, which is why most biopics center on men of science, human beings who needed to understand the rules of the world in order to alter them. With Ball, we have a character who thrives on instinct, therefore baffling those around her, mostly men, who desperately want to crack what makes her so astonishing.

It's no coincidence that Ball was key in bringing "Star Trek" to TV. The original series was produced by her company Desilu Productions, and just as she had done with her show, she brought a spirituality of the mundane into people's lives.

"I'm happy that I have brought laughter because I have been shown by many the value of it in so many lives, in so many ways," said Ball, and with Kidman's soulful work in "Being the Ricardos," we understand how she preached through joy.

A version of this story appeared in the April 29-May 12, 2022 print issue under the headline: Lucille Ball preached through joy .

Opinion | In 'Being the Ricardos,' Nicole Kidman captures how Lucille Ball preached through joy

'The Railway Man' is a powerful story of a wounded soul