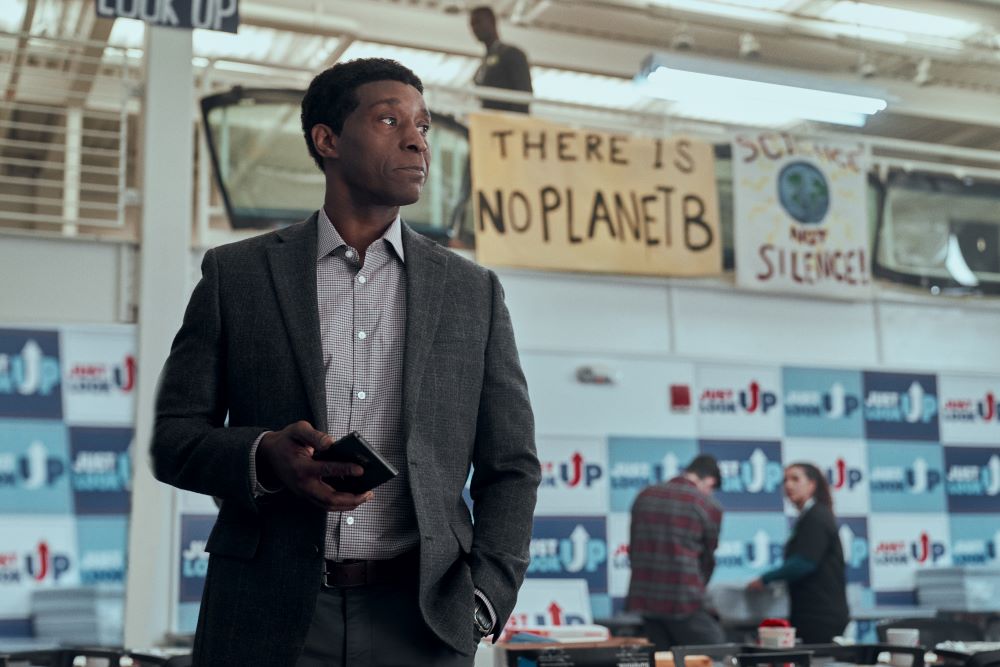 Many of us rang in 2022 by watching Netflix's wildly popular apocalypse movie, "Don't Look Up," directed by Adam McKay. Although conceived as a satire of our flagging response to climate change, both critics and the actors themselves have noted the obvious parallels to our current coronavirus crisis, which has worsened considerably even in the short time since the film was released last month.

Watching a movie about our human failure to prevent the end of the world might feel like too much to bear as we approach the third year of the pandemic, especially as we mourn over 5 million lives lost to the virus, struggle to sustain our overwhelmed medical systems or even obtain safe masks or timely tests. Yet there is something deeply hopeful hidden amidst the film's satire and despair. This is more than a movie about the end of the world — it is also a movie about the deep sacramentality of human connection.

That connection is a fragile thing that is increasingly threatened as people frenetically respond via seemingly endless technological platforms to the terrible news that is discovered by astronomers Kate Dibiasky (Jennifer Lawrence) and Dr. Randall Mindy (Leonardo DiCaprio) in the film's first scenes. A massive comet, a "planet-killer," is on a direct collision course with earth. If "Don’t Look Up" is a mirror, this is what we see in it: We are a deeply distracted people, hypnotized by screens, inclined to argue first and seek facts later, if at all.

As news clips and social media posts flood the screen throughout the movie, we watch human beings move further and further away from understanding each other in real time, gradually losing the ability to join together for a critical common task.

After the scientists' concerted efforts to convince world leaders to take action have failed, and a scientifically sound mission has been scrapped in favor of a doomed and greed-fueled comet-mining scheme, there is nothing left to do but wait for the destruction of Earth, the extinction of all living things.

And it's against this decidedly grim backdrop that we find ourselves awash in light, as the irony and satire fall away and are replaced, if only for a moment, with something true, something holy. The dinner that the scientists and their loved ones share as the comet races toward Earth is the beating heart of the film. The TV news is turned off, and the simple joys of companionship and good food are celebrated.

It is a Last Supper, and it is also a eucharistic meal in the literal sense of the word, as several characters share what they are grateful for: a childhood memory of encountering a baby deer, and, poignantly, the effort they made to avert this disaster. "We’re not the most religious in the Mindy household," Randall says, "but should we say amen?"

And then from the lips of Yule (Timothée Chalamet), a rebellious gaming skateboarder with whom Kate has struck up an unlikely romance, comes a beautifully sincere and disarming prayer at a moment of crisis. He begins, "Dearest Father and Almighty Creator, we ask for your grace tonight, despite our pride. Your forgiveness, despite our doubt. Most of all, Lord, we ask for your love to soothe us through these dark times. May we face whatever is to come, in your divine will, with courage and open hearts of acceptance. Amen." These are the words that hold them together as the room begins to shake, as they reach for each other's hands.

The prayer is all the more moving as a contrast to the strangled and subverted Christianity displayed by the presidential administration, marked by egoism, materialism and bombastic patriotism. Although Sir Peter Isherwell (Mark Rylance) — the tech guru behind the comet-mining mission— is not clearly identified as a Christian, he makes bold promises of a golden age for humanity that employ Biblical imagery, like the pillars of Boaz and Jachin. Peter is a super-donor and, effectively, a steering hand in the government, giving so much money to the administration that the president caters to his every request. The tech guru, along with a small group of ultra-wealthy escapees, leave Earth before the comet's arrival and land, years in the future, on a lush, new planet. They emerge naked from their cryochambers in an obvious reference to a new Eden.

Yet the movie forces us to accept that if there is any new Eden available to us in this life, it is the sacredness of our communion with each other, our hope in one another. 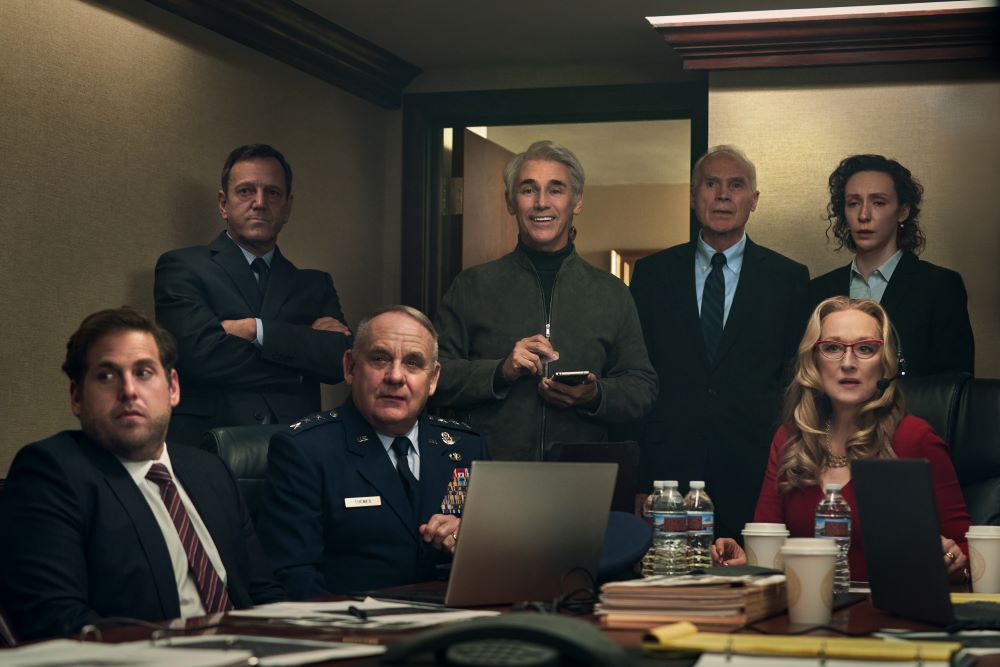 Yule's name itself is a quiet signifier of hope; its reference to the nativity suggests that even in this worst of all possible situations, something new is yet being born. His name also encompasses a unification of disparate peoples, the word "yule" deriving from the Old Norse "jōl," the name of a pagan midwinter feast. In a film that features near-constant disagreement and a complete inability to communicate across differences, this moment of human connection is an especially meaningful one.

How do we face the end of the world? We can do worse than affirming our shared humanity in a eucharistic meal.

The final dinner is marked by reconciliation and the repair of relationships, most notably between Randall and his wife (although she does, rightly, settle the score), but also between Randall and the colleagues he temporarily betrayed while seduced by the glitter of fame. When Randall feels powerless to step away from the esteemed position he has been granted in the media, Dr. Teddy Oglethorpe (Rob Morgan) sets him straight. "A man's always got choices, Randall. Sometimes he's just gotta choose the good one." When this message finally sinks in, Randall prefaces his long-overdue denunciation of the comet-mining mission with a simple statement: "I just wanna go home."

We will never cease to be affected by things that are beyond our control, by decisions made by people with far more power than we have. But when we are let down by the greed and ineptitude of others, we can still choose to celebrate the miracle of our humanity, even as we mourn the choices that are no longer available us. We can still choose to face disaster, together.

This dinner is a reminder that insofar as we have a home here on Earth, it is with each other — not on a screen, but around a table. And even if we are not the most religious in the human household, I hope that we can all say, "Amen."