'No Time to Die' and the battle between good and evil 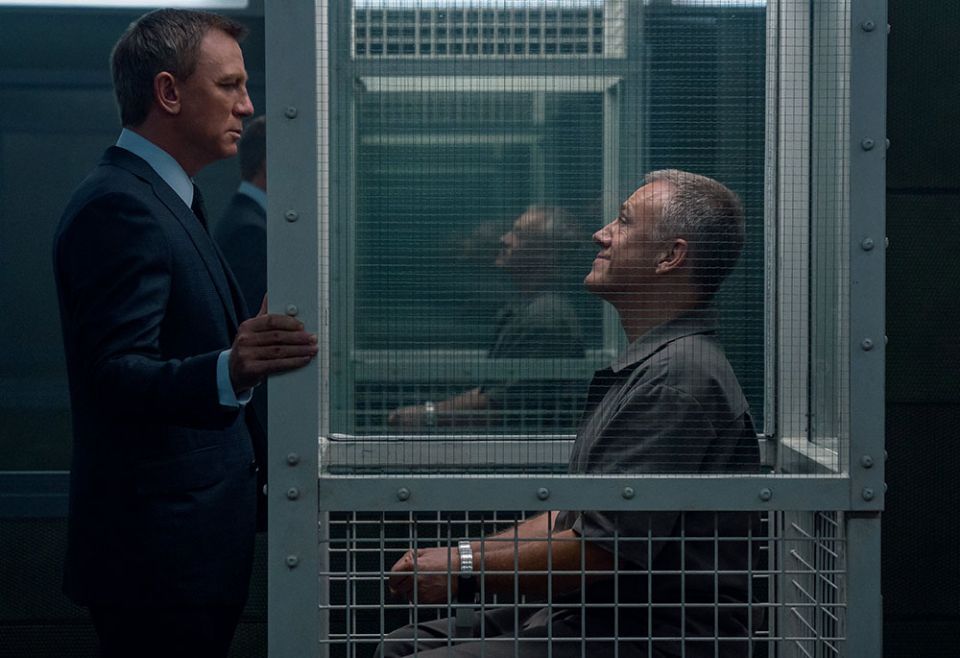 Daniel Craig and Christoph Waltz star in a scene from the movie "No Time to Die." (CNS/MGM/Nicola Dove)

"No Time to Die" is more than a treat for James Bond fans who feast on the triumph of good over evil in spite of some gratuitously evil things that happen along the way. The outcome is never in doubt as the Herculean strength of 007 vanquishes adversary after adversary. The customary sophisticated technology from British intelligence is less present than in earlier films but still manages to deliver a questionably light moment at a critical juncture. All in all, it is a great film with a surprise ending.

On March 25, NCR Opinion & Culture Editor Olga Segura moderated a conversation about the 2022 Oscars with Jose Solís and Sr. Rose Pacatte. This year's awards ceremony, honoring movies released in 2021, is Sunday, March 27. Here are the nominated movies NCR has reviewed.

Some moviegoers avoid Bond films because of the violence. Perennial fans take mayhem in stride not only because it is an expected part of the Bond films but perhaps because the multiple victims are largely anonymous. When our superhero dispatches his would-be assassins, they topple down staircases or never actually appear in the multiple car wrecks that presumably take their lives. This is an ingenious way of mitigating empathy. The really evil people, however, have dramatic deaths viewers believe they abundantly deserve. Their deaths, for the most part, leave our moral sensibilities intact.

Like its predecessors, this current film standardizes violence and excuses it because the future of the world is at stake. So successful is this subterfuge, that we forget to count the dead bodies on our way to the final scene. All is forgiven because the world is saved.

Action films attempt to civilize the abominable. Like the conditions for waging a just war, they uncritically assume something that should not be so cavalierly accepted. "War is hell," Gen. William Sherman once noted. "It is only those who have neither fired a shot nor heard the shrieks and groans of the wounded who cry aloud for blood, for vengeance, for desolation."

Antiseptically watching "acceptable violence" in movies puts us in the category of people of whom Sherman speaks.

Humanizing violence depends on the uncritical acceptance that the end justifies the means. Saving millions of lives is an easy justification for piling up dead bodies on the way to thwarting the doomsday aspirations of the sociopathic villain.

Once accepted, mitigating the effects of violence can easily become a tacit acceptance of the evil that causes the violence in the first place. In 1661, the English colonists in Barbados enacted the first slave code, which stated that the law's purpose was to protect slaves from cruel masters. It did nothing of the kind but did provide a legal basis for slavery that was later imitated in other British colonies.

The anonymity of those who die in Bond movies is not unlike the anonymity of the thousands of Afghans who lost their lives in our 20-year war against the Taliban. Casualties on the ground are also anonymous to the drone operator in Colorado who fires a hellfire missile at a suspected terrorist 10,000 miles away. While the facelessness of victims may diminish our empathy, it does not lessen the fact that the loss of life is total loss for victims.

Our media age may begin to chip away at convenient consciences that discharge us from confronting the true causes of violence. Today, everyone has a camera and the ability to video everything around us. The deaths of George Floyd and Ahmaud Arbery were both captured on video and would not have sparked outrage without these audiovisual records. Empathy for these victims is inescapable because they did not become faceless names amid a sea of other violent deaths. Because the perpetrators of their deaths were clearly all white, the issue of racism became impossible to ignore, as well.

War, slavery and racism are terrible things. When we allow ourselves to turn away from their intrinsic violence, we become part of the problem and not part of the solution. Movies are made for entertainment but sometimes contain subtleties that are less than helpful.

When good triumphs over evil, as in Bond films, it is important to be aware that the end does not justify the means. It is also important to keep in mind that movies are make-believe and not moral teachers about important things.

James Bond movies are usually about saving the world from the macabre aspirations of wealthy transnational tyrants. The storylines are always the same but have contemporary twists that reflect the current world and the various threats against human life. The pandemic has us all talking about RNA, a close sister to DNA, which is the planned vehicle for what many see as the world's inevitable demise.

In the end, it's all entertainment and we look forward to the clever way in which Bond will save the world.

A version of this story appeared in the April 29-May 12, 2022 print issue under the headline: 'No Time to Die': The battle between good and evil .

Msgr. Paul Garrity is a recently retired pastor of the Boston Archdiocese.