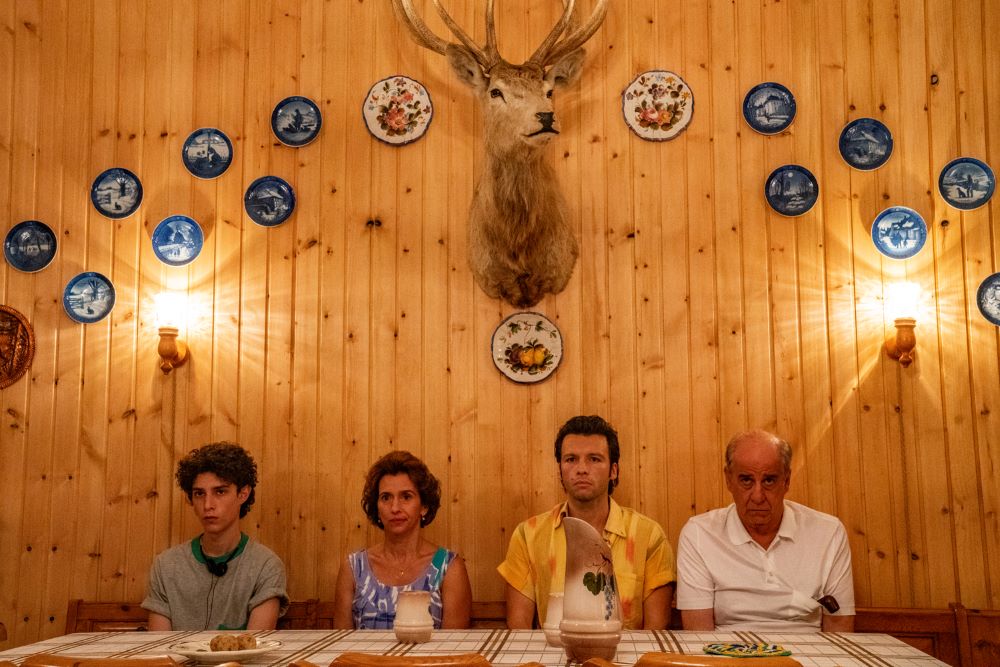 On the set of "The hand of God" by Paolo Sorrentino are Filippo Scotti, Toni Servillo, Teresa Saponangelo and Marlon Jouber. The movie is set in Naples, Italy, in the 1980s. (Netflix/Gianni Fioriti)

On June 22, 1986, Diego Armando Maradona's performance during the quarterfinals World Cup became the stuff of legends. As part of the Argentinean team, Maradona scored two goals against England that not only secured his team's win but also started ripples felt across the planet.

The match's significance transcended the boundaries of sports. Argentineans and Latin Americans saw it as an opportunity to exact revenge on England after the 1982 Falklands War, in which the European monarchy battled the South American country to preserve control over territories 945 miles off the Argentine coastland and 7,947 miles from England.

A civil war raged in Lebanon, where battling factions sabotaged each other's power supply in hopes of denying their enemies the joy of watching World Cup matches. Inversely, on occasion, ceasefires would occur so everyone could watch in peace. It's possible that the day Maradona scored what is called "the Goal of the Century," or "the Hand of God," was one of the days when soldiers laid down their arms. Argentina would go on to win the World Cup that year.

For a teenage Paolo Sorrentino, who watched the match in his native Naples, it was the beginning of a divine relationship. Watching Maradona, Sorrentino explained during a Zoom in early December 2021, he witnessed a man who "created awe and wonder," an "artifice de maraviglia." The following year, the 16-year-old received his parents' permission to go see Maradona, a member of the Napoli team, face Empoli in Tuscany. It was the first time he was allowed to attend a match by himself. His parents died in an accident while he was away. Sorrentino would go on to say Maradona saved his life. 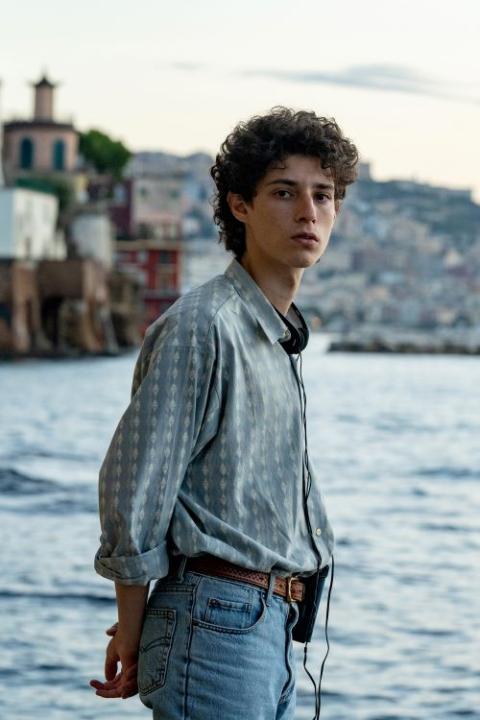 On the set of "The hand of God" by Paolo Sorrentino is Filippo Scotti, who plays Fabietto Schisa. After the teenager watches a football match featuring Argentine football legend Diego Maradona, the game becomes a touchstone for understanding life's sorrows and joys. (Netflix/Gianni Fiorito)

In "The Hand of God," nominated at this year's Oscars for Best International Feature Film and streaming on Netflix, Sorrentino uses this tragedy to craft a profoundly moving memory piece, a tale of grief and loss, interspersed with joyful vignettes reminiscent of Federico Fellini's "Amarcord." Filippo Scotti plays Fabietto, a surrogate for the filmmaker who shares Sorrentino's passion for music, art and Maradona. The director shared his experiences with the young actor to create a character with elements of both of them. "Paolo shared the music he loved during this time," he told me. His masterful performance won him the Marcello Mastroianni Award given to newcomers at the Venice Film Festival in 2021.

The two also discussed Maradona, who died suddenly at age 60 in 2020, yet remains very much "alive in Naples," according to Scotti. "Growing up I would listen to stories from my parents and their friends about what he meant to them. You will find older men who will explain to you about Maradona at the barber," added the young actor with a grin. When Scotti was offered the role of Fabietto, he felt the very same passion for the football player that Sorrentino did at his age. "I don’t think there is another one as Maradona," expressed the actor.

Production began in September 2020, as Sorrentino explained he "strongly wanted to make a movie at that time to forget about the pandemic." Working on a film, he added, allows you to "live in a bubble where you are protected and sheltered from the rest of the world." When the film was first announced, Maradona's legal team threatened to take action against the producers for using the player's likeness without his permission. Little did they know that not only would Sorrentino barely use the player's likeness, but that he would go on to deliver a film that explores how the divine can find us through the most unexpected of sources.

Throughout his career, Sorrentino has created some of modern cinema's most breathtaking imagery, often finding beauty in the mundane, a reminder of how we should realize just how many miracles occur around us daily — if only we bothered to look. "Being in touch with the divine is a deep need that cannot be suppressed for mankind as a whole," explained the director. "This is the reason why religion has been successful." The filmmaker has found divinity through his work, which allowed him to spend a lifetime creating scenarios where his parents remained alive in worlds not accessed by grief.

Maradona's death occurred a few months into the shoot and although he would never watch the film, Scotti suggests it's an homage that will go on to extend the player's legend. "He survives in our mind through his joy," he said, "Maradona was the portrait of happiness when he played football." That’s why Sorrentino keeps paying tribute to a man who shaped his destiny, just like he did for his parents.

"The Hand of God" is a treasure chest of experiences, a safe place through which the artists involved in the film, as well as audience members, can access precious memories, a permanent link to the divine.

A version of this story appeared in the April 1-14, 2022 print issue under the headline: 'Hand of God' is a tale of grief and loss.