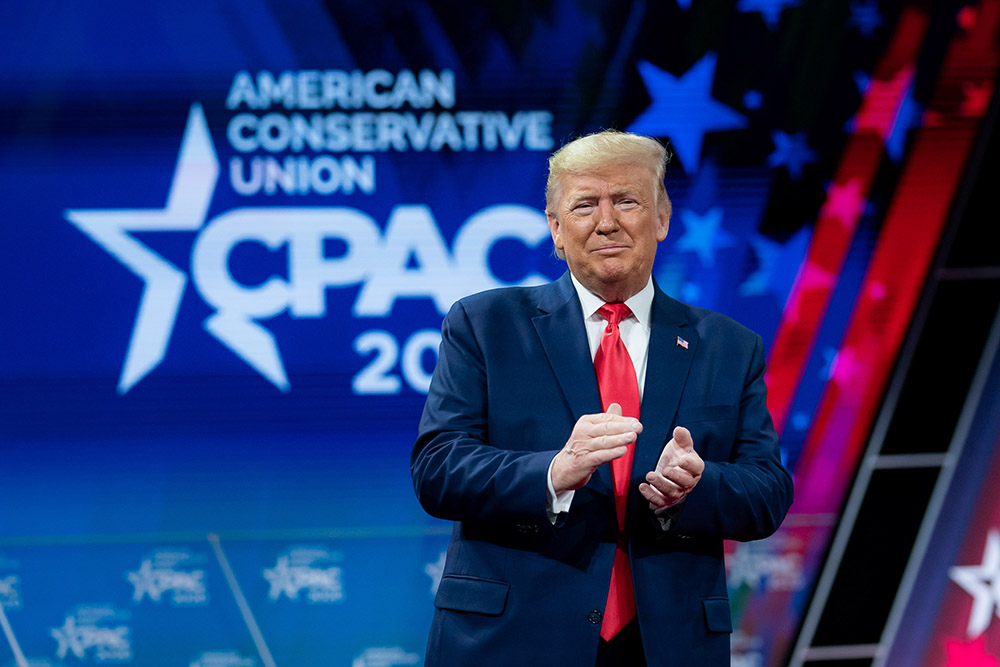 Many American families have made the trek to Orlando, Florida, to visit the Magic Kingdom at Walt Disney World, which opened 50 years ago. The excursion into the world of children's fantasy is fun and wholesome, although at a minimum $109 per day, the idea that it costs nothing to dream is no longer tenable.

This year, however, some fantasy seekers heading to Orlando will be a bit older, and they will be stopping short of the Magic Kingdom. They will be headed to the Rosen Shingle Creek and Westgate resorts just northeast of Walt Disney World, and there the fantasies will be provided by the annual Conservative Political Action Conference, scheduled for Feb. 24-27.

If you thought the roller coaster ride at Space Mountain was scary, just look at the lineup of speakers slated to address the assembled conservative activists.

Former President Donald Trump — billed not as the "former President" but as the "45th President," preserving one fantasy — is the featured speaker and his image adorns almost every page of the CPAC website. This is now his crowd.

If early meetings of CPAC were dominated by Reaganites, the conservative movement now belongs to Trump. In place of Reagan's sunny, if deceptive, optimism, conservative activists are now motivated by Trump's dystopian vision. The old Soviet Union, Reagan's "Evil Empire," is now viewed as benign, and NATO, which Reagan empowered, was famously dubbed "obsolete" by Trump. The former president calls the threat to Ukraine "a European problem." Trump's ignorance of history keeps him from recognizing the many ways a European problem can become an American problem.

If we have learned anything in the past five years, it is that we should never think things can't possibly get worse. They can.

The rest of the lineup is equally scary, but also instructive. The first person on the featured speakers list after Donald Trump is Donald Trump Jr. All in the family. Let's hope they fix the lighting so that the heir apparent doesn't look like he just snorted way too much cocaine, as he did when he spoke at the 2020 GOP national convention. Trump fils lacks the political skill of Trump père, but if we have learned anything in the past five years, it is that we should never think things can't possibly get worse. They can.

Florida Gov. Ron DeSantis is listed second. Does this mean he and the former president have kissed and made up after their tit-for-tat about disclosing their vaccination status? DeSantis no doubt has increased his street cred with the conservative crowd with his recent decision to deny license renewals to shelters that care for undocumented migrant children. DeSantis has also staked a claim to be leader of the obscurantist caucus of the GOP with his efforts to block vaccine mandates.

What is more, after initially opposing a bill that would strip $200 million in funding from school districts that enforced mask mandates, the governor now says he will sign it into law. Perhaps DeSantis will use his CPAC speech to announce the creation of a new major at all state schools in, say, alchemy, or the introduction of bleeding at all state-funded hospitals.

Sen. Ted Cruz made the list, but Sens. Tom Cotton and Josh Hawley are not listed. Gov. Kristi Noem is slated to speak, but not Gov. Greg Abbott. Does this reflect a desire to sideline some potential heirs to the Trumpian throne? There was a time when every Republican wannabe found their way to the CPAC meeting.

My suspicion is that those who are not speaking recognize the no-win quality of such an appearance: If they perform supremely well, they risk earning the ire of Trump, who still wants no challengers, and if they fall flat, that can't be a good thing.

It was also interesting that while Cruz and a host of Fox News hosts got their pictures on the list, U.S. Rep. Matt Gaetz of Florida did not. I suppose being investigated for sex trafficking makes one shy about having your picture reproduced.

Rep. Marjorie Taylor Greene is slated to speak, but she also did not merit a photo on the speakers' page. My bet is that some conservatives thought she might have defected to the "defund the police" caucus when she criticized the "gazpacho police." Retired mixed martial arts fighter Tito Ortiz is also slated to speak. Maybe he can be enticed to take down anyone peddling lousy gazpacho.

Some foreigners are being let in. Nigel "Brexit" Farage of the U.K. is making an appearance but I don't suppose he is running for anything in the U.S. I will go out on a limb and predict that a Canadian "trucker" will make a guest appearance, even though we journalists need to put "trucker" in quotes because we now know that most Canadian truckers wanted nothing to do with the recent protests. Maybe Putin will send a video message.

One other item on the agenda is especially frightening. The conference organizers list "Catholic Mass, 8:00am, St Johns" on the official agenda for the first day of the event, Feb. 24. There must be enough Catholic attendees that the organizers thought to include this.

Our God, however, has a wonderful sense of humor. That morning's first reading is from James, Chapter 5, Verses 1-6:

Come now, you rich, weep and wail over your impending miseries.
Your wealth has rotted away, your clothes have become moth-eaten,
your gold and silver have corroded,
and that corrosion will be a testimony against you;
it will devour your flesh like a fire.

I wonder how many people, after hearing this reading, will say, "Thanks be to God" — and mean it.