Ancient worldviews might shed light on our contemporary culture wars

Part One of a look at Steven Smith's latest book 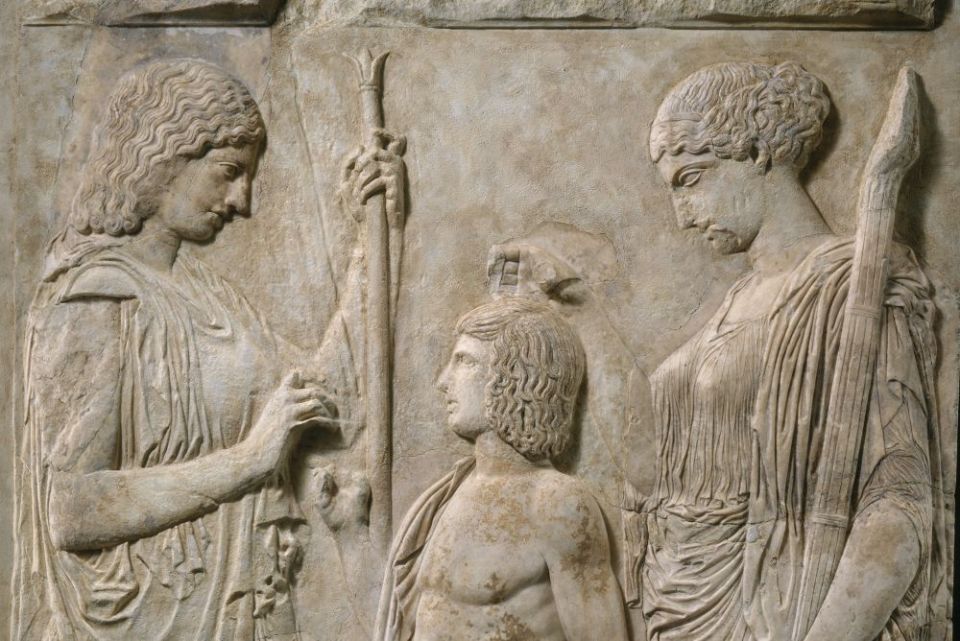 Detail of a marble fragment of the Great Eleusinian Relief, Roman circa 27 B.C. to 14 A.D. depicting Demeter, left, and Persephone, right, with a boy thought to be Triptolemos, who was sent by the goddess to teach people how to cultivate grain, in center (Metropolitan Museum of Art)

When I saw the title of University of San Diego law professor Steven Smith's latest book, I knew I had to read it: Pagans & Christians in the City: Culture Wars from the Tiber to the Potomac.

And my appetite only strengthened as I started the work. Smith wonders, and invites the reader to wonder, if we might not gain insight into today's culture wars by looking at series of lectures T.S. Eliot delivered at Cambridge University in 1939 entitled The Idea of a Christian Society. It is often the case that an advance is made in a contemporary debate only by reaching back into the tradition to find something that clarifies issues in a new and decisive way. In my more conservative moments, I would say it is not often the case, but always, the intellectual progress is only so advanced.

Eliot stated that he thought the future would be a choice between a Christian society or a society characterized by what he termed "modern paganism." He admitted that most contemporaries, including most Christians, were scarcely conscious of living in a Christian society, but he insisted it was such and would remain so until the society chose something else. And he insisted that a Christian society was preferable to a pagan one. Smith observes, "There is little in this position that seems calculated to elicit assent or even sympathy in educated readers today," but goes on to posit that "Eliot's diagnosis may provide much needed illumination." It is strange that Smith does not mention, either in setting up his comments on Eliot's lectures nor in the paragraphs that follow, that in 1939, the prospect of a modern paganism was very real, as Adolf Hitler turned to pagan rituals and symbols in his Nazi propaganda.

A brief survey of some contemporary debates about man's identity as a religious person versus a person who only pursues interests included quotes from a variety of thinkers such as Jonathan Sacks, Abraham Heschel and Mircea Eliade and was like looking at an old college scrapbook fondly. And, he concludes this section by asserting "religion tended and tends to culminate in community. In, we might say, a city." 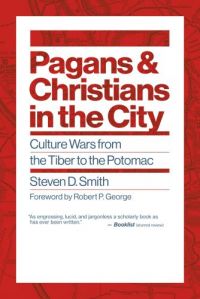 Next, Smith links up with the venerable Edward Gibbon. It is still worthwhile to read Gibbon, for his prose not his historiography. The latter tells us more about the 18th century than it does the first or second. Smith consults other historians, to be sure. He notes that Gibbon said of the rituals of paganism that "the various modes of worship, which prevailed in the Roman world, were all considered by the people, as equally true; by the philosopher, as equally false; and by the: "the idea that the whole college of pontifices and the whole Roman senate were engaged in a religious charade carried out for the benefit of the superstitious masses seems as unlikely as any hypothesis can be." Smith, following Robert Wilken, observes that in ancient Rome, they did not speak of "believing in the gods." The ancient Roman "had gods," and each household had its own, as did the city itself, and all the cities Rome conquered.

Marcus Varro, a first century scholar, had no taste for the "mythic" religion of his day. As Smith writes, that mythic religion portrayed "the gods as lascivious, violent, jealous and whimsical." Varro disdained what he labeled "ignoble fables," but he defended the civic and philosophic forms of his pagan religion. Cicero's fictional Balbus also celebrated the philosophic meanings found in the pagan fables, and the civic cohesion the religion produced. Balbus' fictional partner in dialogue, Cotta, a skeptic, debunks Balbus' philosophy and frets that it actually undermines faith in the gods. He embraces what Smith calls a "civic fideism" the idea that "the gods should be affirmed in the civic realm based on epistemic criteria appropriate to that realm, and should not be supported by or judged by the kind of reasoning appropriate to other domains."

Smith's account of paganism and its various iterations is very sympathetic. And while not exhaustive, the idea that these ancient worldviews might shed light on our contemporary situation was more than a little interesting. Having surveyed paganism, Smith then gives his account of how and why Christianity, unlike other religions within the Roman empire, could not come to a mutually satisfactory accommodation. And that is where the difficulties begin and where we will pick up this review on Wednesday.

Read this next: Book on pagan-Christian culture wars sweeps its metaphors too far