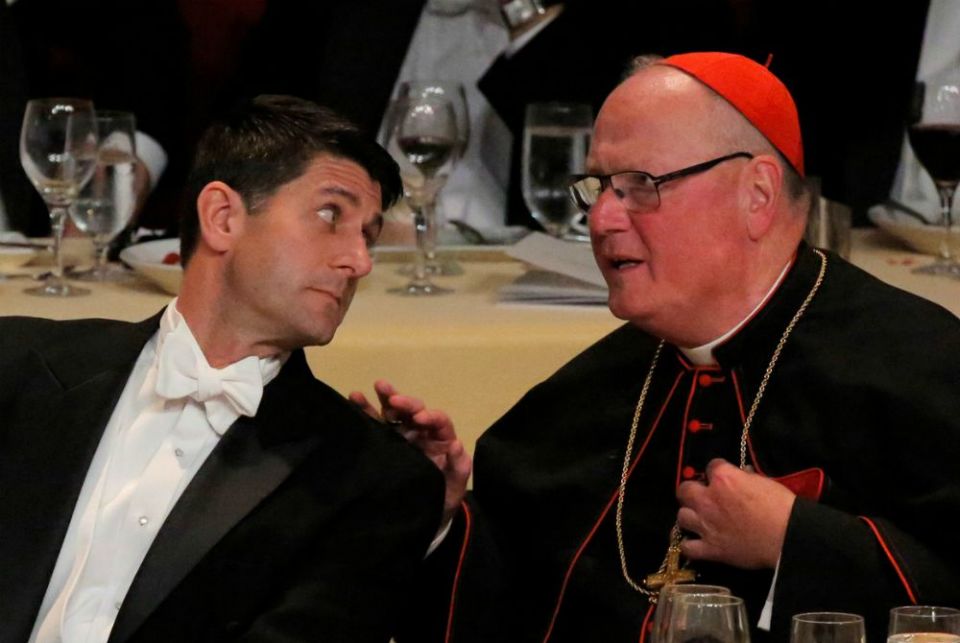 One foot dropped in the Republican Party's effort to enact tax reform when the House of Representatives voted to pass a bill last Thursday (Nov. 16). The final vote was 227-205. Thirteen Republican representatives voted against it. That same day, the Senate Finance Committee, on a purely party-line vote, approved its version of the bill, opening the way for a full Senate vote after the chamber takes a week off for Thanksgiving.

Before the vote, three committee chairs of the United States Conference of Catholic Bishops signaled their opposition to the House bill. After commending the doubling of the standard deduction would help some poor families, they said, "However, as written, this proposal appears to be the first federal income tax modification in American history that will raise income taxes on the working poor while simultaneously providing a large tax cut to the wealthy. This is simply unconscionable." The signatories were Bishop Frank Dewane, chair of the Domestic Justice and Human Development Committee, Bishop Oscar Cantu, chair of the International Justice and Peace Committee, and Bishop George Murry, chair of the Catholic Education Committee.

There is no principle in Catholic social teaching that demands a particular tax rate. Tax rates must be evaluated relative to each other, to the government's need to raise revenue, and to the people who will be paying the tax. The bishops' judgment is not an economic judgment but a moral judgment of the economic consequences of the bill.

Many, many years ago, I took a class on congressional politics with Professor Norm Ornstein who is now at the American Enterprise Institute. And, in one lecture he said, "If you want to know what a country values and who has power, look at the tax code." What is valued and who has power are not co-extensive categories. As Catholics, we treasure the poor and venerate the Blessed Mother whose vision of salvation was one in which "the rich are sent away empty." As a society, money is power.

In the negotiations over the House tax bill, power beat values.

And the three members of Congress most responsible for choosing power over values and securing passage of this bill — Speaker of the House Paul Ryan, Majority Whip Steve Scalise, and Ways and Means Committee Chairman Kevin Brady — are all Roman Catholics. They, apparently, did not agree with the bishops that taking from the poor to give to the rich is "unconscionable."

I am not going to say that these three Catholic congressmen are "Catholics in Name Only" or otherwise denigrate their commitment to their faith. I will say that they probably have been fed a lot of lousy theology by conservative Catholic enablers. Too many Catholic conservatives have abused basic concepts and categories of Catholic thought, arguing that because tax policy is subject to prudential judgment, anyone can conclude what they want, which makes a mockery of prudential judgment. Others distinguish between moral acts that are "intrinsically evil" and those that are not, and abortion, for example, is an intrinsic evil. But no piece of legislation, no matter how morally egregious, is an intrinsic anything. Yet, these facile arguments are regularly found at the Catholic League, Catholic Vote.org, Church Militant and at EWTN.

I wrote about some of the morally dubious provisions of this tax bill a couple weeks back. But now we must add an additional moral concern: The deceit that is being used to pass this tax bill is outrageous. You would not know from listening to Speaker Ryan's closing speech in the debate that this bill has many reverse-Robin Hood features. You would think the working poor and the middle class will benefit from this tax bill. You would not know that future generations will be saddled with more debt or more difficult choices about public spending. You would imagine that what amounts to steroids for the economy will have no ill effects, even though we all know that the bill always comes due.

These considerations all involve both relative numbers and non-relative moral principles. But, all those years ago, Professor Ornstein was right about finding out what a society values and where the power is by examining the tax code. And this version of tax reform shows that today's Republican Party is still most united when it is cutting taxes for very rich people, raising taxes on the poor and the middle class, and placing their hope in the myth of trickle-down economics.

But, let's take a step away from the kind of facile religiously-laced invective that the right has so often doled out against liberal Catholic politicians. Proposing this bill does not make Ryan, Scalise and Brady bad Catholics. It does mean that they have crafted a bill that is in opposition to the most basic tenets of Catholic social doctrine and the explicit moral analysis of the bishops. That is enough to give someone pause, but not when there are donors to placate and an ideology of money to pursue. As the Senate begins debate on its version of tax reform, we can hope that more members of the upper chamber will consider the moral stakes in this debate and recognize the wisdom of what the Catholic Church teaches.

A version of this story appeared in the Dec 1-14, 2017 print issue under the headline: Tax code shows what society values, who has power .