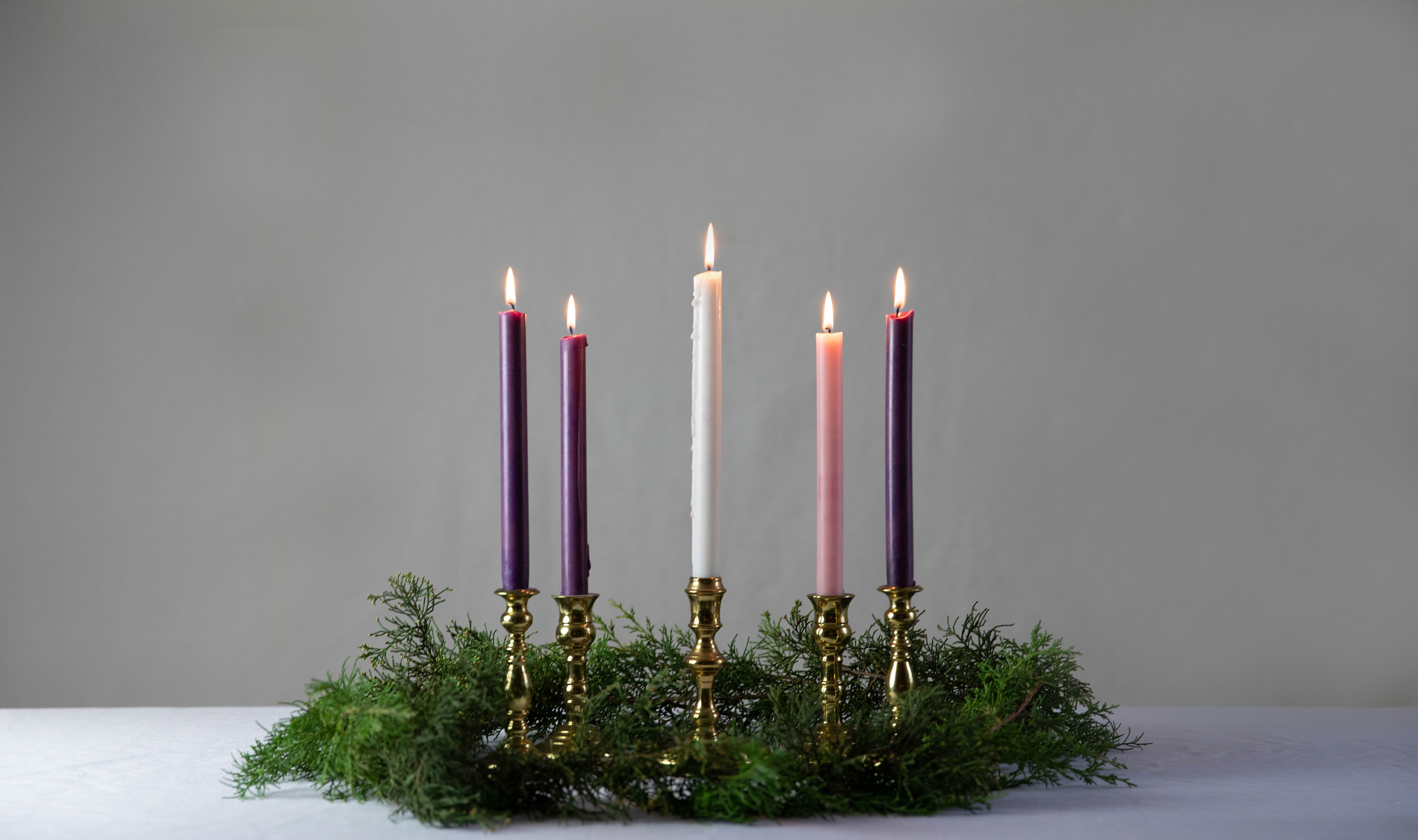 Are you ready to ring in the new year?

You may think I am getting ahead of myself, but for Christians, the new liturgical year starts not on Jan. 1, but on the first Sunday of Advent, which this year falls on Nov. 27. This is one of those rare occasions when Christians are actually ahead of everyone else.

Advent is the church's way of preparing for both Christ's birthday and the Second Coming of Christ, which he promised as he left the company of his disciples after his resurrection and which his followers, the church, still await.

Our earliest records of Advent come from Gaul (modern-day France) and Spain. In 380, when 12 Spanish bishops met at the Synod of Saragossa, they reminded Christians of their obligation to go to church every day from Dec. 17 to Jan. 6, according to Lizette Larson-Miller in "The New Dictionary of Sacramental Worship," upon which this column is heavily dependent.

In Gaul, Christians fasted three days a week from Nov. 11 to Christmas. Advent in Gaul took on many of the penitential characteristics of Lent, such as dropping the Gloria, the hymn of praise for God, from Mass. These practices influenced the universal church after they were adopted by Rome.

In Rome, Advent took place at the same time as the local citizenry's blowout celebrations of Saturnalia, which the clergy were always denouncing. Fasting was seen as distinguishing Christians from the bacchanalia of the pagans.

Perhaps Fasting during Advent can be the Christian response to the consumerism of the season. It is our way of being countercultural.

But Christians were not only preparing to celebrate the birth of Christ: They were also anticipating his coming in the End Times. The song "Dies Irae" ("Day of Wrath") was originally composed for the beginning of Advent.

Think we're living through the Apocalypse? So did first-century Christians

As I have written elsewhere, global warming makes us conscious that we may be bringing on the End Times by our own efforts. Advent is a time to remind ourselves through fasting that our extravagant consumption of energy needs to be restrained if we want to survive and prosper as a species. Do something green during Advent.

Of course, Advent is celebrated when it is, because we celebrate the birth of Christ on Dec. 25.

Since we do not know the day Jesus was born, there are two theories explaining the choice of Dec. 25 as the day to celebrate his birth. There may be truth in both theories.

The first theory is that it was chosen as a calculated strategy by Christian leaders to replace or counter Dies Natalis Solis Invicti, the pagan feast celebrating the rebirth of the sun at the time of the winter solstice.

Christians were not above co-opting pagan practices and customs. Often Christian churches were former Greek or Roman temples or were built where the temples had stood before they were destroyed by the Christians. Likewise, Gentile Christians began using statues to represent Christ and the saints, something their Jewish forbears would never have done.

The second theory is complicated. It begins with the calculation of early Christians that Jesus died on March 25.

Some scholars believe this dating originated in North Africa, but when it got to Rome, its celebration was colored by the pagan feast of the sun.

The celebration of the birth of Jesus, if it indeed began by co-opting a pagan feast, has come full circle: Advent and Christmas have been co-opted by pagan capitalism. Advent is now for shopping, not for preparing the way of the Lord.

The celebration of the birth of Jesus, if it indeed began by co-opting a pagan feast, has come full circle: Advent and Christmas have been co-opted by pagan capitalism. Advent is now for shopping, not for preparing the way of the Lord.

It appears doubtful that Christians will be able to liberate Christmas from its commercial dross. At best, we might rescue Christmas by moving gift-giving to the Epiphany (Jan. 6), when we currently remember the Magi and their gifts to Jesus. Merchants might like that, since it would give them another week for the shopping season.

Epiphany means "manifestation," and the feast originally remembered Jesus' baptism and the announcement of his mission by the Father. In the East, the Epiphany was the earlier and more important feast. Remember, Mark's Gospel, the earliest of the four New Testament accounts of Jesus' life, begins with his baptism. Joseph and Mary's story, and the narrative of Jesus' birth, was written down only later.

Eventually, the East adopted Christmas from the West, and the West adopted Epiphany from the East, where it was added to the Christmas story as the feast celebrating the arrival of the Magi at Bethlehem.

Caught between hope and despair on climate change

How Christians have celebrated Christmas over time has changed, and it must continue to change if we are to free Christmas from its capitalistic shackles. But how it should evolve is anyone's guess.