How should bishops deal with Church Militant and renegade priests? 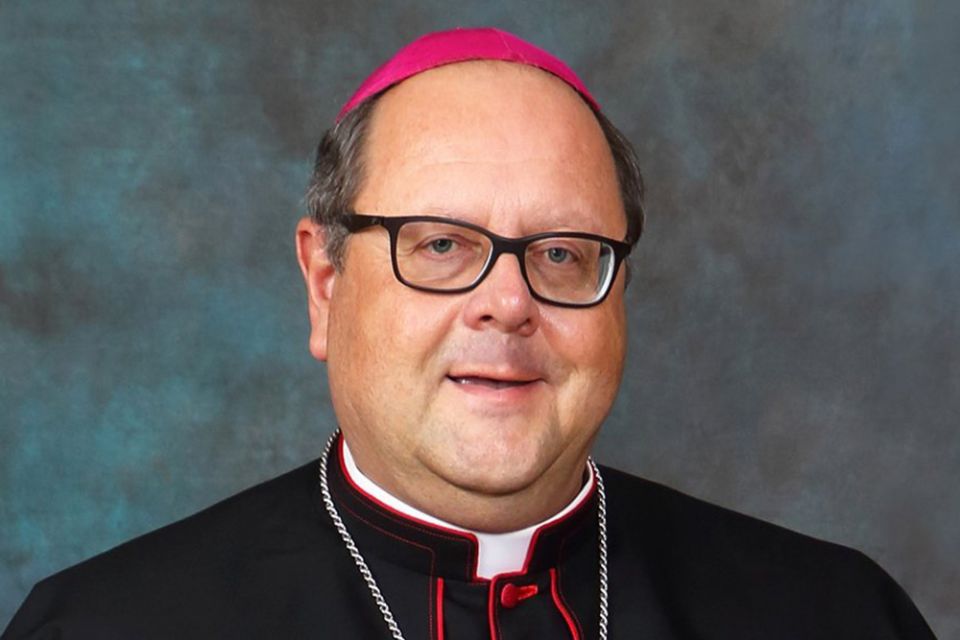 Catholic Twitter lit up last week in response to a news item in the Cleveland Scene, an alternative newspaper in Ohio's largest city, that Bishop Edward Malesic would be offering a prayer at the "Bringing America Back to Life" convention being held at a hotel in suburban Cleveland March 11-12. The article noted that the convention was being "headlined by toxic 'ex-gay' far-right provocateur Milo Yiannopoulos."

Among the other speakers was Joe Allen, who works at Steve Bannon's "War Room: Pandemic." He is not someone with whom I would share a platform. I wonder what the large Ukrainian population of Ohio thought of having a Vladimir Putin ally speaking at a putatively pro-life event while mothers and children are being slaughtered in the streets of Mariupol, Kyiv and Odessa.

Also speaking at the convention was David Barton, an evangelical who founded the group WallBuilders. At least the name does not have anything to do with the U.S.-Mexican border but is, instead, a reference to the Book of Nehemiah. On its website, the group lists its goal thus:

WallBuilders' goal is to exert a direct and positive influence in government, education, and the family by (1) educating the nation concerning the Godly foundation of our country; (2) providing information to federal, state, and local officials as they develop public policies which reflect Biblical values; and (3) encouraging Christians to be involved in the civic arena.

The American founding was able to portray itself as a "godly" event because it occurred when Deism was at its brief zenith. As for item No. 2, although I suspect I would draw different "biblical values" from those Barton chooses, it is his right to choose the ones he wants. No reason to take issue with No. 3: I encourage all Christians — and Jews, Muslims, Buddhists, adherents to other religions and nonbelievers — in short, all Americans, to get involved in the civic arena.

The criticisms of Malesic sounded like the critics of the University of Notre Dame when it invited President Barack Obama to give the commencement address in 2009, except in reverse. People criticized Notre Dame because they thought the pro-life cause was so important, it required overlooking the other good things Obama stood for, as well as his historic achievement as the first Black president of the United States. People criticized Malesic not because of his stance on abortion but because there were speakers who were objectionable on other grounds.

Or we could compare the Cleveland situation to the efforts by the American Life League and Lepanto Institute to shut down the Catholic Campaign for Human Development, the U.S. bishops' domestic anti-poverty arm, because it funded groups trying to fight poverty, and sometimes those groups also worked with pro-choice organizations. The fundamental unfairness of the attack was obvious: In a complex society, we all have to work with all sorts of people, with all sorts of opinions, to achieve common goals.

Asked about the bishop's participation in the event, a spokesman for the Cleveland Diocese told NCR: "Bishop Malesic was invited by the organizers of the conference to say a few words and offer a prayer. In his short remarks, he hoped to offer those gathered, mostly local attendees from within the diocese, advice that the best way to end the scourge of abortion is to change hearts through loving words and actions. After his remarks and prayer, the bishop left the conference. He did not attend any of the presentations. Contrary to some media reports, he did not 'bless' the conference."

I hope Malesic used his prayer to invite the assembled pro-life community to expand the range of their moral concern. Whoever organized this conference was happy to invite some people who hold reprehensible views on a variety of issues, trafficking in racism and xenophobia. Narrowly focusing on abortion only undermines the church's pro-life witness in the long run.

My main concern, however, is one internal to the life of the church. Among the speakers were Michael Voris of Church Militant and Fr. James Altman.

Church Militant routinely promotes the rantings of disgraced former nuncio Archbishop Carlo Maria Viganò, including those that attack Pope Francis in ways that fall far short of the affective collegiality with the bishop of Rome to which all bishops are called. For example, this screed claimed Francis had "abdicated his ministry to confirm the brethren in the faith," and this one insisted that Francis resign.

Altman has been publicly disobedient to his bishop, Bishop William Callahan of La Crosse, Wisconsin, and has been raising money to support his now itinerant campaigns, all of which amount to an attempt to politicize the faith, conflating "orthodoxy" with adherence to a series of right-wing ideas.

Altman is an extreme case, to be sure: The politicization of religion is one of the most obvious facts about American religiosity in the past 50 years. But, for him, such politicization has led him to break his solemn promise of obedience to his bishop, and that takes it to a different level.

Sharing a stage with people with otherwise reprehensible political positions on behalf of a good cause is often dicey but ultimately permissible. Still, bishops are well-advised not to attend events at which Church Militant or Altman are speaking. The bishop's presence may not be a "blessing" but it serves to legitimate people who are trying to weaken the bonds of charity the church desperately needs to strengthen.

We are living at a time when there is a de facto schism in the Catholic Church, and so good will only get you so far.

Opinion | How should bishops deal with Church Militant and renegade priests?

US bishops should drop everything and focus on preventing schism