Keep the culture wars out of the classroom 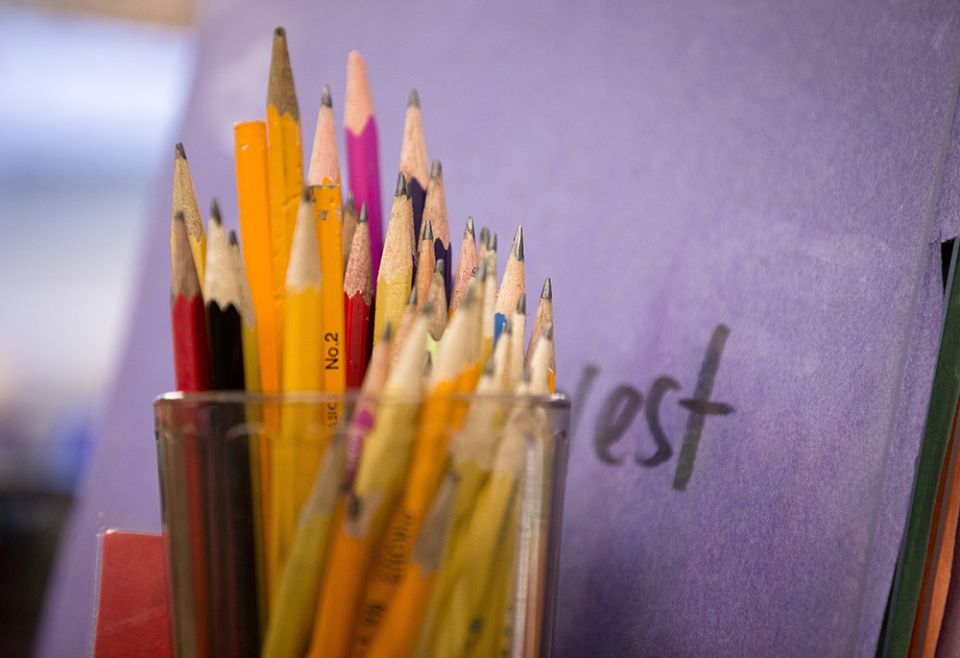 Pencils and folders are seen Feb. 14, 2017, in a Washington classroom. (CNS/Tyler Orsburn)

Earlier this week, my colleague Melissa Cedillo reported on a letter signed by 64 members of the faculty at St. Louis University, protesting a proposal before the Missouri legislature that would bar certain subjects, and/or approaches to subjects, from the classroom. The bill, supported by conservative Republicans, especially targets issues of race and gender.

In Florida, Gov. Ron DeSantis is set to sign a law that bars teaching about LGBTQ issues in lower grades. The bill passed the legislature and has received widespread support from conservative Catholics. The article in the National Catholic Register was especially interesting. It turned for expert commentary to Deacon Patrick Lappert whom they identify as "a board-certified plastic surgeon."

Lappert had this to say about the bill: "It's a legislation about transparency so that the parents can understand what their children are being exposed to." It is difficult to imagine a more loaded, biased verb in this context than "exposed." I am guessing the teachers in Florida are not streaking naked through the hallways. But, hey, who can argue legal principles with a board-certified plastic surgeon?

In Alabama, a bill banning "divisive concepts" is moving quickly through the legislature. How quickly? It was put to a voice vote of the House State Government Committee 20 seconds after it was introduced. Among other things, the law says no classroom instruction that induces "a sense of guilt, complicity, or a need to work harder solely on the basis of his or her race or sex."

Americans traditionally have entrusted decisions about curricula to local school boards. Local boards seek to combine parental and community input with expertise from educators to produce curricula that are accurate and helpful, that will prepare students to be good citizens and active, thoughtful members of society. They may turn to a state or federal Department of Education for certain special needs, but the local boards make the decisions, or hire the superintendents and principals who do. 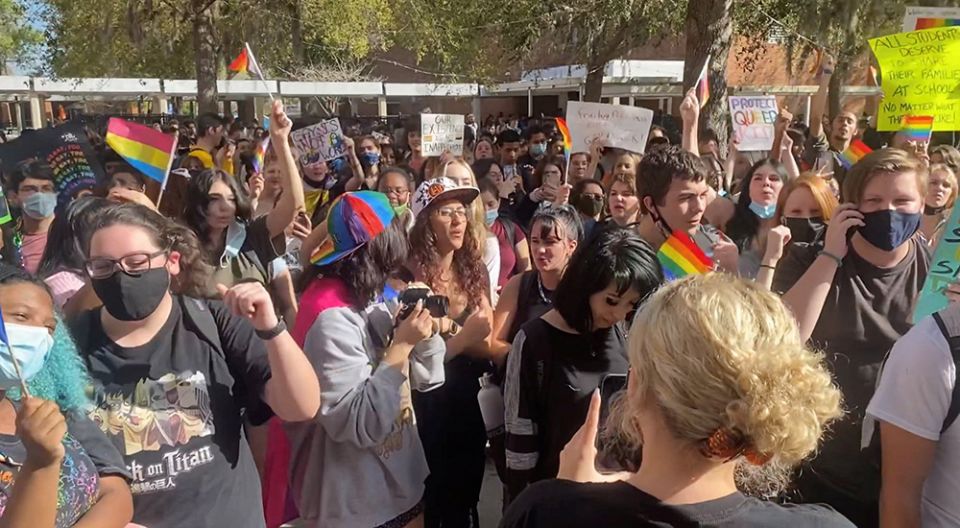 Students in Winter Park, Florida, gather to protest a Republican-backed bill March 7, that would limit classroom discussion of sexual orientation and gender identity. The bill states, in part, that "instruction by school personnel or third parties on sexual orientation or gender identity may not occur in kindergarten through grade 3 or in a manner that is not age-appropriate" for these students. (CNS/Reuters/Twitter, @ProudTwinkie @mddizornek)

Jon Valant, of the Brookings Institution, looked at the politicization of school board elections last year and noted that the usually sleepy meetings of the local school board had sometimes erupted into fierce debates about mask mandates and curricula. He warned that the turmoil "will change who runs for local school boards and who wins those seats, in many cases for the worse. And this will be happening right as school districts are seeing a major infusion of federal funds, with board members poised to make high-stakes decisions about how schools respond to the pandemic's impacts."

Most of this fervor is the result of the cancer of Trumpism metastasizing through the body politic. Still, a local school board at least has a shot at overcoming polarization: It is harder to declare a culture war against someone whose daughter may serve on the volunteer fire department with your son, or whose son may coach your granddaughter in basketball. The desire to maintain those other unrelated relationships might, just might, serve to lower temperatures. Local control of government is very problematic when it comes to how we fund public education, but it might help to let cooler heads prevail when it comes to debating curricula.

In fact, in New Hampshire, pro-public education candidates recently won 29 of 30 open school board seats, including some parts of the state that are reliably conservative. Jennifer Berkshire, at The Nation, explains that the defenders of public education in the Granite State successfully painted their opponents as the extremists, and that was the key to success. Regrettably, the New Hampshire legislature didn't get the memo and is still pushing to enact restrictions on what teachers can say in the classroom.

In 33 states, the state legislative districts are carved out by the legislatures, and incumbents like to create safe districts, so state legislatures, like the U.S. House of Representatives, are now filled largely with incumbents who only have to worry about a primary challenge. Voters, more and more of whom are unaffiliated with either party, face no real choice in November. It is a recipe for ever more extreme government. Legislatures are the last places to debate education policy.

Conservative Catholics used to extol the virtue of subsidiarity, the idea that decisions should be at the lowest level of society possible and the highest necessary. I would stand with them to defend any parent who wished to have his or her child taken out of the classroom when something to which they object is being taught. That is far different from taking over the whole classroom. And it is far, far different from having the state legislature take over the classroom.

These laws all represent a kind of legislative heckler's veto. In his magnificent dissent in Feiner v. New York, Justice Hugo Black disagreed with the majority's decision to uphold the arrest of a speaker who was accosted by a mob of hecklers: "In my judgment, today's holding means that as a practical matter, minority speakers can be silenced in any city. Hereafter, despite the First and Fourteenth Amendments, the policeman's club can take heavy toll of a current administration's public critics. Criticism of public officials will be too dangerous for all but the most courageous."

Justice Black went on to invoke the words of Justice Owen Roberts in Cantwell v. Connecticut:

In the realm of religious faith, and in that of political belief, sharp differences arise. In both fields the tenets of one man may seem the rankest error to his neighbor. To persuade others to his own point of view, the pleader, as we know, at times, resorts to exaggeration, to vilification of men who have been, or are, prominent in church or state, and even to false statement. But the people of this nation have ordained in the light of history, that, in spite of the probability of excesses and abuses, these liberties are, in the long view, essential to enlightened opinion and right conduct on the part of the citizens of a democracy.

Free speech is often attacked, and the attacks can come from any ideological side. Virtually every night on Fox News, the talking heads condemn "cancel culture," but what are these laws restricting education other than an effort to cancel arguments and ideas of which they disapprove?

The psychological desire to "cancel" is found in all sorts of unlikely places. When did we lose the willingness to aspire to the liberal, democratic vision articulated by Justice Roberts? When did we lose sight of the value of a good argument? How can conservatives — or liberals — extol freedom as they do, but then refuse to even make an argument about how American history should be taught? It is pathetic. Are these laws not the curricular equivalent of burning books?

We live in a strange time and illiberal gods are on the march. That should horrify both liberal and conservative Catholics.

Opinion | Keep the culture wars out of the classroom