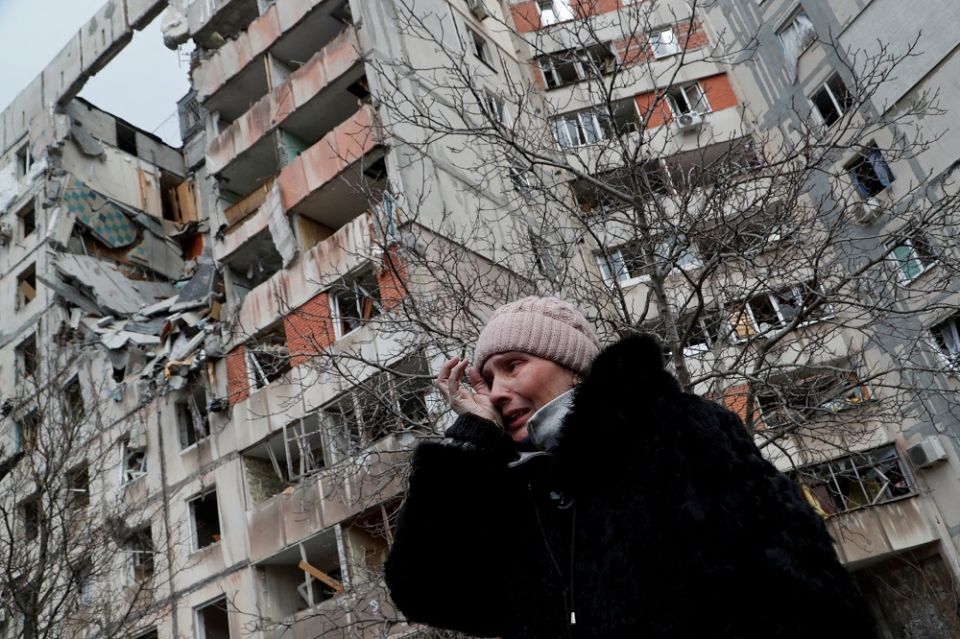 At Politico, Christopher Cadelago and Jonathan Lemire look at President Joe Biden's trip to Europe this week. They rightly – and frighteningly – note that Biden is facing off with Vladimir Putin and also racing against the clock. "The alliance has largely marched in lockstep to confront Moscow — a remarkable demonstration of collective resolve not seen for many decades. But its bonds could soon be faced with deep strains, chief among them a creeping sense of powerlessness among the allies and reluctant admissions that the war may only end when Vladimir Putin decides it does." That is a sobering fact, but a fact nonetheless.

At Business Insider, a report on Italy's seizure of property belonging to one of Russia's richest oligarchs, Alexei Mordashov. The property, on the island of Sardinia, was estimated at $116 million. Let it be the first of many such seizures and let them all be sold and the proceeds go to rebuilding Ukraine.

In The New York Times, freelance journalist Jennifer Berkshire and Jack Schneider of the University of Massachusetts Lowell ask "Why are we letting Republicans win the school wars?" It is one of the more interesting essays on the subject and, though they do not use this language, they recognize that the way previous Democrats like Bill Clinton and Barack Obama talked about education had been poisoned by neoliberalism. They write:

Democrats can reclaim education as a winning issue. They might even be able to carve out some badly needed common ground, bridging the gap between those who have college degrees and those who don’t by telling a more compelling story about why we have public education in this country. But that story must go beyond the scramble for social mobility if the party is to win back some of the working people it has lost over the past few decades.

This is a very smart and provocative piece. Berkshire, you may remember, authored the report on the New Hampshire school board races that I linked to last week in my column about keeping the culture wars out of the classroom.

In the Washington Post, Andriy Yermak, a key aide to Ukrainian President Volodymyr Zelensky, warns that just as the Western powers underestimated the courageous resilience of the Ukrainian people before the war, they are now underestimating the brutality of which the Russian military is capable. The scenes from the city of Mariupol are heart-breaking.

In the Louisville Courier-Journal, Ricky L. Jones of the University of Louisville urges Catholics to remember the life and work of Daniel Rudd, a pioneering Black Catholic who started the American Catholic Tribune, was active in the Afro-American Press Association and was one of the founders of the Catholic Press Association and of the Black Catholic Congress. The plantation house, Anatok, where Rudd was born, was recently torn down, a terrible loss of historical significance. Jones urges Kentucky Catholics not to lose sight of this amazing man’s story and points readers to a biography by Gary Agee published by the University of Arkansas Press. Happy to report a friend just sent me a copy of that very book and I look forward to reading and reviewing it soon.

From Arch Daily, the Pritzker Architecture Prize for 2022 has been awarded to Diébédo Francis Kéré, an architect from Burkina Faso, whose 2017 Serpentine Pavilion in London's Kensington Gardens is simply stunning.

Hans Küng knows church's problems - and that change is inevitable