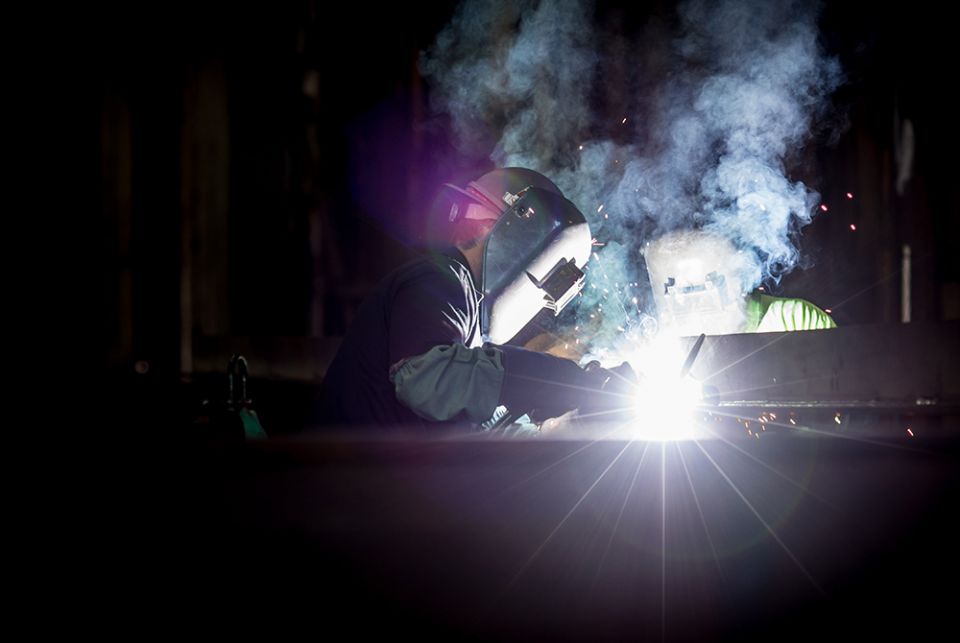 If Dante were still alive, he would place the executives of palm oil companies on the lower rings of the Inferno. The Washington Post has published a report from Global Witness, which went undercover to expose the corruption, labor abuses and environmental degradation that these companies have perpetrated. They make the 16th-century conquistadors look like snowflakes.

In The New York Times, an excellent essay from Farah Stockman, "What Killed the Blue-Collar Struggle for Social Justice." She tells the story of non-college workers who broke through race and gender barriers on the factory floor, only to see the factories close and shop the jobs overseas. This is an up-close and personal portrait of the "factory towns" about which I wrote on Monday.

At the Working-Class Perspectives blog, Brooklyn College's Ken Estey has one of the best ledes I have seen in a long, long time:

Hurricane Ida in Louisiana in August and the historic wildfires in the West and Midwest are the latest reminders that too much water, or too little, will be in the headlines for the rest of our lives. But to call these reminders merely "natural disasters" mystifies the class-relations that structure the built environment. The economically vulnerable are the first to suffer and the last to recover.

The column that follows is equally fine. Natural disasters attack a "built environment" as well as a natural one and that means that issues of class are implicated in how we protect from the dangers of climate change. If you expand the focus beyond the U.S. the picture is even more dire as large swaths of desperately poor countries like Bangladesh could be under water in a few years.

At The Hill, John White, professor of politics at the Catholic University of America, harkens back to Benjamin Harrison and his comments about voter suppression to demonstrate how far today's GOP has fallen from the moral clarity of the country's 23rd president. It is a scandal and as long as Republican senators bow to Donald Trump's insanity and Sen. Mitch McConnell's disciplinary requirements, nothing is going to change.

Joseph Meaney, the director of the National Catholic Bioethics Center, was on EWTN News Nightly Monday night, continuing to sow confusion and doubts about the morality of the Pfizer COVID-19 vaccine. He mistakes an internal PR memo for a moral argument and is off to the races. The bishops need to step in and ask what is going on at the National Catholic Bioethics Center and if the answers are unsatisfactory, the bishops need to pull the plug.

Yesterday I looked at the importance of mission to the synodal process. At Commonweal, Massimo Faggioli analyzes another of the three items the pope emphasized when he charted the path for the synod: participation. The money graph:

It's well known that the theology of Vatican II accepted democracy for worldly politics, but for ad intra Church affairs, the ecclesiology only tempered monarchical (papal and episcopal) power with a little bit of collegiality (the bishops together with the pope, but nonetheless under the pope). Synodality, theologically speaking, is much more a post–Vatican II concept. The constitution of the Church, Lumen gentium, talks about the people of God in chapter two, but in the following chapters identifies only two categories of Catholics, clerical and lay (something that also shaped the Code of Canon Law of 1983). So the challenge today is how to shape Church institutions and an ecclesial "style" in a way that is not monarchical, and not just collegial, but in fact synodal: the entire people of God in larger communion with the one human family and creation.

The degree to which the synodal process calls forth such a "style," and the requisite institutions to put meat on the bones of that style, will be a good measure of the success of the process as a whole. Be sure to read Faggioli's entire essay. His comments about Vatican II reckoning with the midcentury embrace of authoritarianism and fascism by many in the church are very important.

In The Washington Post, Elisha Wiesel, the son of Marion and Elie Wiesel, writes about his father's unapologetic commitment to the security of the state of Israel on the occasion of the unveiling of a carving to honor his father at Washington National Cathedral. I agree with most of the points Wiesel makes about the Jewish state and his fears about rising anti-semitism, but I especially like the detail that the stone carver intentionally made a blemish, so as to abide by the biblical injunction against graven images.