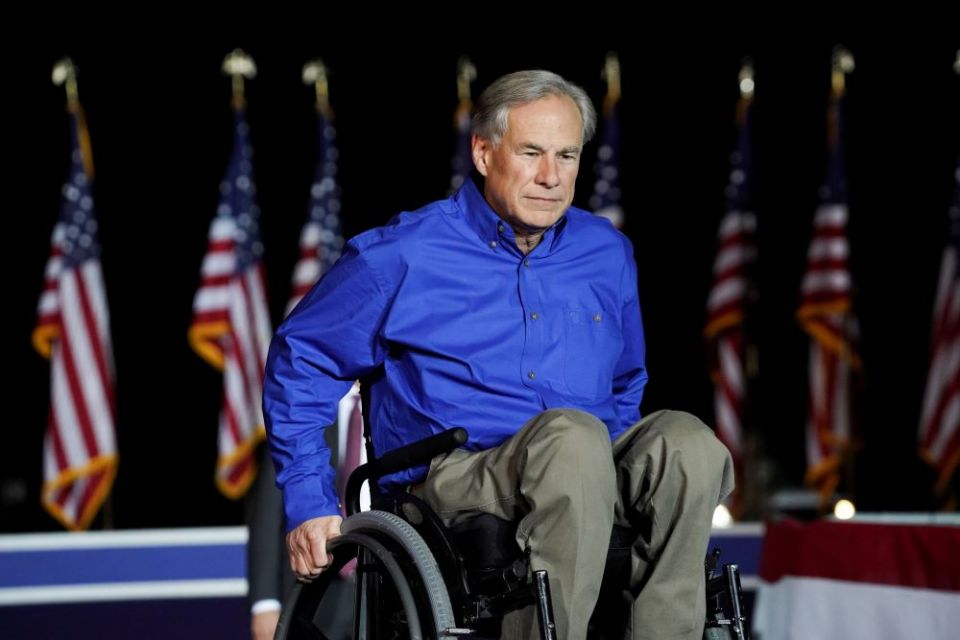 Time for another edition of Catholics behaving badly, a regular feature of my column, in which we refrain for calling anyone a "bad Catholic" but nonetheless note the way they behave badly, especially when the badness reflects a decision to engage in the culture wars rather than to follow Catholic doctrine.

Why is it that Catholics in Texas always seem to lead the list? If it isn't one of their zany bishops, it is often the governor of the Lone Star State, Greg Abbott. Last week, after President Joe Biden announced plans to address the shortfall in baby formula that has resulted from supply chain issues, Abbott joined with National Border Patrol Council President Brandon Judd to denounce giving formula to the children of undocumented migrants.

"While mothers and fathers stare at empty grocery store shelves in a panic, the Biden Administration is happy to provide baby formula to illegal immigrants coming across our southern border," the two stated. They added, "Our children deserve a president who puts their needs and survival first – not one who gives critical supplies to illegal immigrants before the very people he took an oath to serve."

Politicizing the distribution of baby formula to needy people strikes me as the kind of thing Jesus had in mind when sharing His vision about those who would be denied entrance to His kingdom in the 25th Chapter of the Gospel of Matthew, verses 41-42:

I missed the part where Jesus qualified His statements by discussing proper immigration documentation. And, yes, in case you were wondering, Abbott considers himself "pro-life." 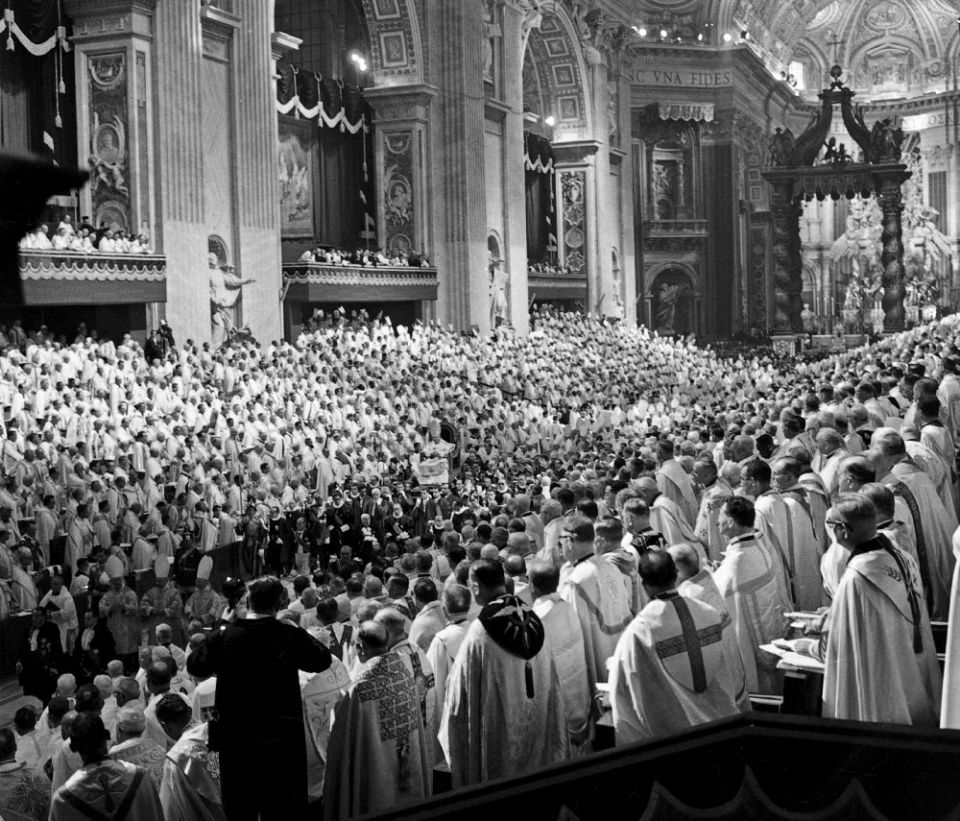 Pope John XXIII leads the opening session of the Second Vatican Council in St. Peter's Basilica Oct. 11, 1962. In a February article at The Catholic Thing, Catholic University's Michael Pakaluk, who teaches at the Busch School of Business and Economics, wrote a piece called, "Is Vatican II 'Spent'?" (CNS/L'Osservatore Romano)

At The Catholic Thing, Catholic University's Michael Pakaluk, who teaches at the Busch School of Business and Economics, often writes pieces with which I disagree, but his February article asking "Is Vatican II 'Spent?' " was so bad it earns him a place on the list. To start, there is the chest-thumping with which he starts, but that is why God invented editors.

"I don't deny the validity of Vatican II, of course, or its immense importance. I've read every document and wholeheartedly affirm every line," Pakulak assures the reader.
"I've even read all the 'post-conciliar' documents, and Karol Wojtyla's Sources of Renewal besides. I've written many essays and given many talks on the Council. I've even made a fresh translation of one of its decrees. You'd be hard-pressed to find ten Catholics who have studied the Council more thoroughly than I have ('not brag, just fact' – John Wayne)."

Well, I have not translated any of the decrees myself, but other than that, I suppose I am one of the other "ten Catholics who have studied the Council more thoroughly" — except I can think of at least 50 such people, and that is without straining and with confining my scope to Americans.

Pakulak then engages in George Weigel-quality hagiography about Pope John Paul II. The late Polish pope is heralded as "the best possible leader" upon whom the Lord showered "all kinds of divine assistance." I think John Paul was remarkable, to be sure, but he wasn't born on Krypton and he made plenty of mistakes during his long tenure.

What is most galling about Pakulak's article is that he does not mention Pope Francis even once. Indeed, he does not deign to consider the implementation of the Council in Latin America. How is that possible? Even his hero John Paul II refused to suppress the Latin American bishops' council, CELAM.

Pakulak is good at the kind of agitprop you would expect from the Busch school. He and his wife Catherine, who also teaches at the Busch school and is on the board of directors at Timothy Busch's Napa Institute, have made this list before, when they signed a statement claiming a conscientious objection from the COVID-19 vaccines.

The Busch School of Business and Economics also provides an additional Catholic behaving badly this round. Dean Andrew Abela filmed a video for the partisan group CatholicVote in which he rants about "woke capitalism." Mind you, I have my own issues with those on the left who desire to show themselves as the most provocative in the culture wars too, but Abela does two things that are especially obnoxious.

First, he presents business as an historic "force for good" in which his grasp of history is demonstrated to be as weak as his ideological bias is strong. Is there no underside to corporate power? Were the dark satanic mills William Blake described not so satanic after all? Abela cites the decision to move the All-Star Game from Atlanta to Denver, after Georgia passed a racist voter restriction law, as an example of woke capitalism, and seems to think this is the first time baseball has been engaged in social controversy. Has he never heard of Jackie Robinson? There is no room for complexity in the ideological mind, and Abela proves that in this video.

Second, he caricatures the left. He does not engage it. Have there been excesses in the gay rights movement and the Black Lives Matter movement? Of course, but most people who have marched behind those banners have done so because they want a more just society. If Francis could see something of the conscience of the good Samaritan in the protests that followed the murder of George Floyd, why can't Dean Abela?

Abela is sincere in a specific way. What the biographer Joan Estruch wrote of José Maria Escriva, the founder of Opus Dei, can be said of Abela: He is sincere in that he is the first to believe his own propaganda.

I am sure there are other candidates for inclusion on my little list. And all of us are sinners. But people who are given or seek access to the public square must hold themselves to a higher standard and, if they are Catholic and present themselves as such, then they really need to consider whether their statements reflect badly on the church. In these — and other cases —Catholics behaving badly are the principal reason so many young people think of religion as fraudulent and not worth their time. It is the Abbotts, Pakulaks and Abelas of the world who give Catholicism a bad name and create so many "nones."

Lessons for COP 26 from the Amazon Synod

Migrants were asked, 'Why did you leave your home?' Here's what they said.

Bishops' priorities and plans: A nothing burger