US bishops should thank Steve Bannon 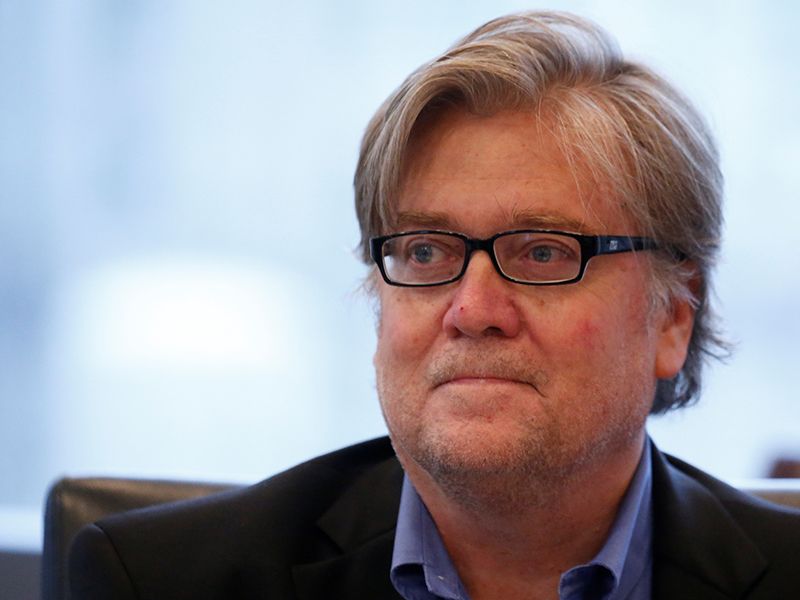 CEO of Republican presidential nominee Donald Trump campaign Stephen Bannon is pictured during a meeting at Trump Tower in the Manhattan borough of New York, on Aug. 20, 2016. (Photo courtesy of Reuters/Carlo Allegri/File Photo)

Nothing unites the bishops more than being attacked from the outside. And if there was ever any doubt about the bishops’ campaign for immigration reform, Steve Bannon’s recent attack will encourage the bishops to double down.

Despite his political cunning, Bannon made a rookie’s mistake by accusing the U.S. Catholic bishops of supporting immigration reform because of “economic interests.”

For years, the U.S. bishops have strongly supported comprehensive reform. As part of that, they have been lobbying for a system that puts a high value on uniting families and welcoming refugees. Immigration is not simply about serving U.S. economic interests. The bishops supported President Obama’s DACA program allowing people who were brought to the U.S. as children to stay and work. As a result, it was no surprise when they denounced President Donald Trump’s cancellation of the DACA program as “reprehensible."

Bannon made his comments in an interview with Charlie Rose of "60 Minutes." Bannon described the bishops as “terrible” on immigration. "You know why?” he asked rhetorically. “Because, unable to come to grips with the problems in the church, they need illegal aliens. They need illegal aliens to fill the churches. ... They have an economic interest."

Attacking the bishops is almost always counterproductive, especially if you are Catholic. Geraldine Ferraro, the Democratic candidate for vice president in 1984, got in trouble when she tried to interpret Catholic doctrine in a way that supported her pro-choice position. The bishops, even those sympathetic to the Democratic Party, were united in making clear that they, not she, were the authoritative interpreters of Catholic teaching.

Rule No. 1 for politicians: Never debate theology with bishops.

Bannon also waded into theology. Immigration policy is "not about doctrine," he said. "It's about the sovereignty of a nation. And in that regard, they're just another guy with an opinion."

“Just another guy with an opinion” — those are fighting words for the Catholic bishops.

They quickly instructed James Rogers, their spokesman at the U.S. Conference of Catholic Bishops, to issue a news release citing scriptural passages from the Old and New Testaments about welcoming strangers and defending aliens.

"It is preposterous to claim that justice for immigrants isn't central to Catholic teaching,” wrote Rogers. “It comes directly from Jesus Himself in Matthew 25, 'For I was hungry and you gave me food … a stranger and you welcomed me.' Immigrants and refugees are precisely the strangers we must welcome. This isn't Catholic partisanship. The Bible is clear: welcoming immigrants is indispensable to our faith.”

He then went on to cite Leviticus 19:33: “When an alien resides with you in your land, do not mistreat such a one.”

“Our pro-immigration stance is based on fidelity to God's word and honors the American dream,” he concluded. “For anyone to suggest that it is out of sordid motives of statistics or financial gain is outrageous and insulting.”

The bishops should also thank Bannon for giving their statement the kind of publicity that they seem incapable of getting for themselves. Nothing gets the media more interested in what the bishops have to say than their being attacked by politicians.

How should politicians respond to bishops and other religious leader with whom they have political disagreements? 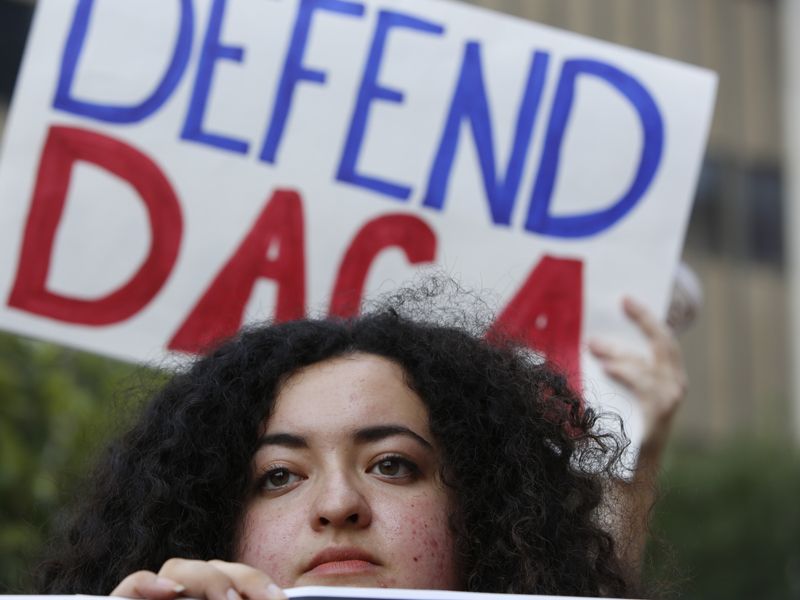 Some experts recommend saying something like, “Although I respect my church’s teaching, I have to follow my conscience on this.” Catholic church teaching does require people to follow their consciences.

That usually works well with the public, but the bishops will quickly respond that it has to be an “informed” conscience. What is usually left unsaid here is “your conscience will be properly informed if you listen to us.”

Another response is to acknowledge the role of church leaders in articulating church teaching and values, but point out that it is the role of politicians and statesmen to figure out how to implement those values in the real world. The more concrete and specific a policy, the more it becomes a prudential decision that is outside the expertise of church officials.

Thus, the bishops can legitimately teach that children who are brought to this country by their parents should not have their lives disrupted and destroyed by a heartless immigration system. But the exact language of DACA legislation is beyond their competence, although it should be acknowledged that the bishops are well-staffed on this topic by experts.

If someone does not like the bishops' specific proposal, he or she has every right to object, but the bishops can legitimately respond, "OK, give us a better proposal that accomplishes the same goals."

The distinction between principles and prudential judgments is helpful in examining Catholic social teaching. There is no question that Christianity demands concern for the poor, the hungry, the homeless and the refugee, but the Scriptures do not give us blueprints for constructing programs. That is the job of politicians and experts.

This applies to all political issues, including abortion and gay marriage. While the church’s teaching is clear that the sacrament of marriage is between a man and a woman who have never been married, prudential judgment can conclude that civil same-sex marriage should be permitted just as marriage between divorced individuals is allowed.

Abortion is more complicated because of the lives involved. But no matter what he or she believes about abortion, a politician might conclude that birth control and programs helping pregnant women would be more successful in reducing the number of abortions than attempts to outlaw abortions.

Bannon is not alone in his views that the bishops are out of touch on immigration. But according to the Pew Research Center, a majority of Catholics, including white Catholics, support allowing immigrants to stay legally if they meet certain requirements.

Trump has passed the ball to Congress, where the bishops are expected to put on a full-court press in support of the Dreamers both on the Hill and in their home districts.

After 29 years in prison

Editorial: US Catholic colleges and churches should require vaccination