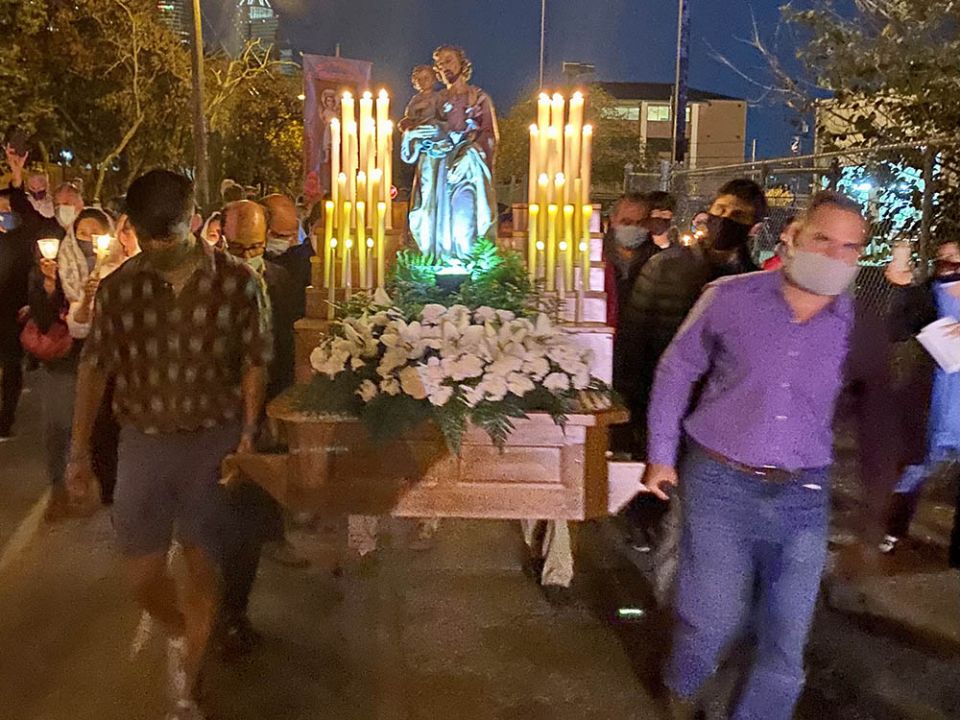 When Pope Francis in December 2020 decreed a special year for the Catholic Church dedicated to St. Joseph, parishes across the globe named for the biblical adoptive father took up the charge of celebrating the year despite the continuing difficulties of the coronavirus pandemic.

Leaders at churches named for St. Joseph in Kenya, the United Kingdom and the United States told NCR that the year, continuing through Dec. 8, 2021, has been a time to focus on community service, faith pilgrimage and special devotions.

St. Joseph the Worker Parish in Kangemi, Kenya, is located in a slum in Nairobi, where hundreds of thousands live in makeshift structures, without sewage or basic services. Jesuit Fr. Binamungu Mukasa, former father-in-charge at the parish, said the church "feels the heartbeat of the poor."

Because of pandemic restrictions in Kenya, parishioners could not organize their traditional event for St. Joseph's March 19 feast day. Instead, they honored their namesake by distributing food to the hungry. As Mukasa explained, Joseph is the "caretaker of the family, so we acted as caretakers of the needy."

Mukasa said it is important to "not neglect the social apostolate" during church celebrations, because "unless we reach out to the poor and the needy, our spiritual life is not complete. ... There is no way you can enrich yourself spirituality without reaching out to the poor."

Francis decreed the special year for St. Joseph on Dec. 8, 2020, in an unexpected papal letter titled Patris Corde ("With a Father's Heart"). The pope said he had been thinking about the move for some time but his desire to decree the special year "increased" as the pandemic unfolded.

Catholics are offered a plenary indulgence if they choose to take part in the special year in one of six outlined ways.

Peter McMillon, chair of the pastoral council at St. Joseph's in Clarkston, Scotland, said their parish was also unable to organize its traditional March event. They instead asked their approximately 1,600 regular Mass attendees to pray a novena.

After celebrations restarted as pandemic restrictions eased, the congregation began reciting the prayer to St. Joseph from Patris Corde at the end of each Mass "as a token of our appreciation of the role St. Joseph plays in our faith and how we should try to mirror the values he so graciously displayed," said McMillon.

McMillon said that the year has been "a wonderful honor which has strengthened our link and appreciation to the importance and marvelous example of St. Joseph's life of service."

COVID-19 restrictions also affected St. Joseph's Catholic Parish in Leicester, England. Alison Kennedy, pastoral assistant at the church, said they were able, however, to provide a broadcast of their Masses in 2021. By doing so, she said, the parish "became a sort of 'stepfather' to many Catholics temporarily bereaved of their own parish communities." 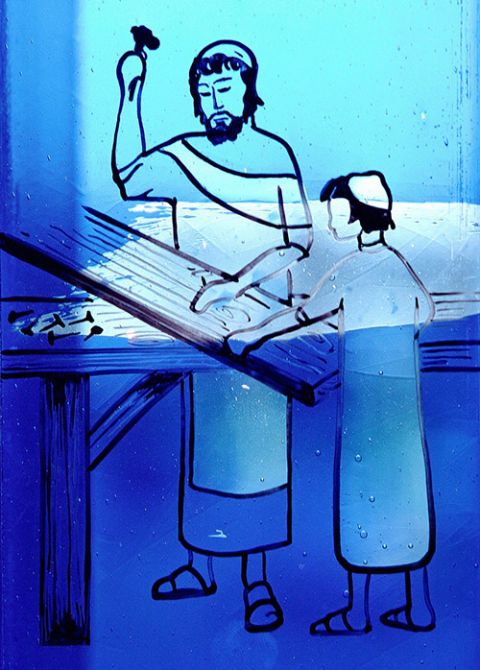 While the St. Joseph church in Kenya helped those living in a slum and the ones in the United Kingdom offered virtual support to isolated parishioners, their counterparts in the United States took to the streets.

St. Joseph Catholic Church in Houston held a parade-like procession on the feast of St. Joseph this year. The parish coordinated with the city to have a police escort, and streets around the downtown-area church were blocked off.

It took six men working in tandem to carry a large statue of St. Joseph in the procession. ​Virginia Fraguio, director of faith formation at St. Joseph in Houston, said that the procession "exceeded expectations" as the loud songs and prayers drew "many, many people" out of their homes and into the celebration.

Fraguio said that when parish leaders heard about St. Joseph year, "we were all exhilarated." Two months prior to that papal announcement, the church had received the pope's approval to celebrate the 150th anniversary of the declaration of St. Joseph as patron of the universal church with a jubilee Mass led by Galveston-Houston Cardinal Daniel DiNardo.

According to Fraguio: "It was a very big boost for all of us. It really enhanced the sense of mission and vocation that we have as a parish to serve all God's people."

Another big boost came when the pope offered plenary indulges to anyone who visited the church and asked for St. Joseph's prayers. St. Joseph Catholic Church in Houston was honored to become a place of pilgrimage this year.

The final unique way that St. Joseph Houston celebrated the Year of St. Joseph was through securing a first-class relic from St. André Bessette, a 19th-century Canadian known for devotion to St. Joseph.

Through feeding those in need, praying novenas, throwing parades, and providing pilgrimages, these St. Joseph parishes in three different countries have carried out Francis' aim for the Year of St. Joseph: "To increase our love for this great saint, to encourage us to implore his intercession and to imitate his virtues and his zeal."

[Alyson Rockhold is a freelance writer based in Houston. You can sign up for her monthly newsletter at www.alysonrockhold.com.]