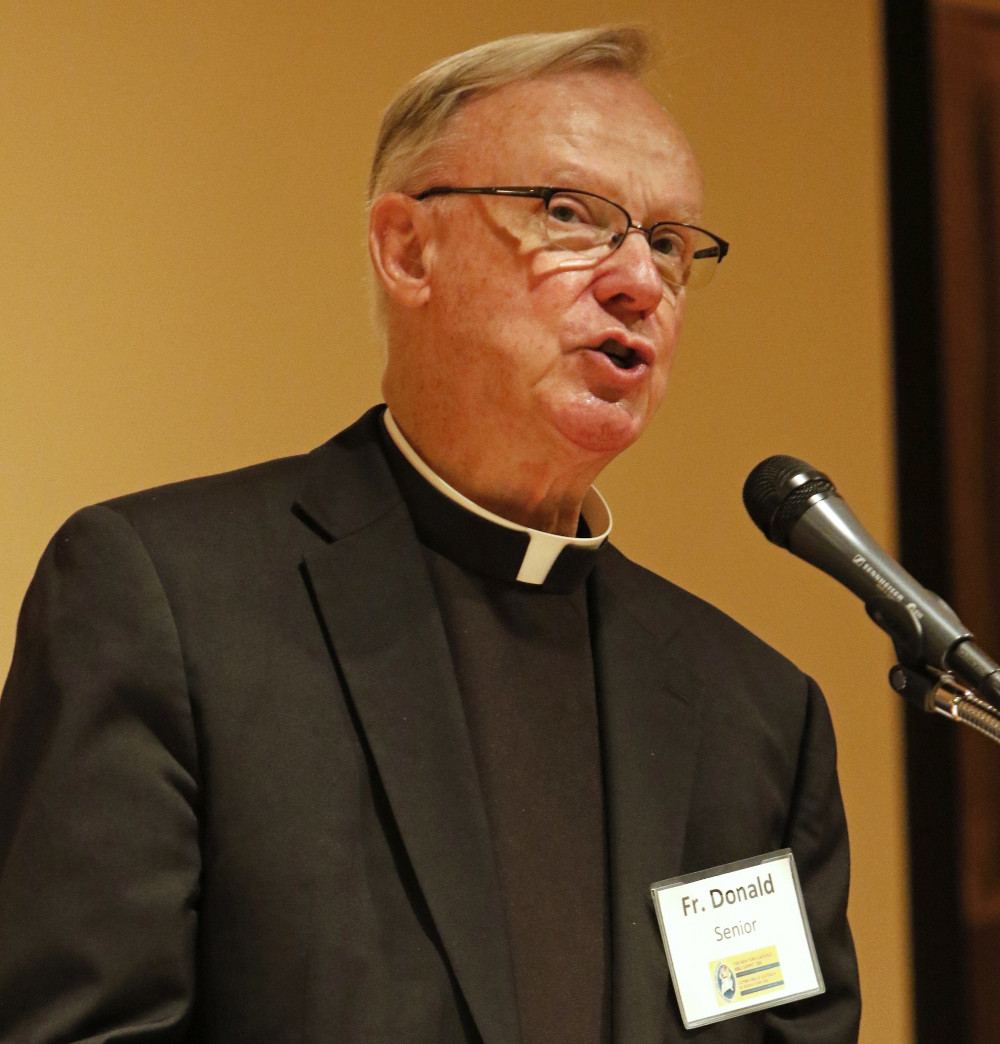 He also who wrote dozens of books and articles that are used widely in Scripture study.

A funeral Mass will be celebrated Nov. 15 at St. Thomas the Apostle Parish in Chicago. Burial will be in All Saints Cemetery.

Widely honored for his work on biblical studies and promoting interreligious dialogue, Senior was eagerly sought as a speaker on biblical topics, especially the New Testament, which was his area of expertise.

"He brought to the service of the church and humanity a dedicated scholarship, a commitment to life-long learning and an unswerving witness to the Gospel in his personal life," Cardinal Blase J. Cupich of Chicago said in a statement.

"His writings, teaching and priestly ministry have been a source of encouragement for many, including myself," the cardinal said. "I will miss his friendship, his wit and his gentle spirit. May he be welcomed into the fullness of life, made possible through the passion of Christ."

Officials at Catholic Theological Union, where Senior served as president for 23 years in two stints, also mourned the priest's death.

"With immense gratitude, we celebrate Father Don's life and the extraordinary gifts he embodied as a world-renowned biblical scholar, prolific writer and extraordinary pastoral leader," Dominican Sr. Barbara Reid and Thomas Brown, Catholic Theological Union president and chair of the board of trustees, respectively, said in a statement.

"Father Don's devotion to his family, to the Passionist order and to the extensive CTU community was unmatched," they added.

Born Jan. 1, 1940, to Vincent and Margaret Senior in Philadelphia, he grew up with two sisters.

He was ordained a priest in the Congregation of the Passion of Jesus Christ in 1967. He was introduced to the order after his family moved to Louisville, Kentucky, when he was a high school junior. Passionist priests from Sacred Heart Monastery staffed the parish the family joined.

In a 2020 interview with Chicago Catholic, newspaper of the Archdiocese of Chicago, Senior recalled becoming "intrigued" by young seminarians he met because they were filled with a sense of mission and excitement for taking the Gospel into the world.

Although he had thought about becoming a priest off and on in his life, before meeting men in the Passionist community it was nothing serious.

"But seeing them sort of planted the idea," he said. "Then I went to college for a few years and it was still nagging at me so I thought, 'Well, why don't I give it a try?'"

He did his novitiate in rural St. Paul, Kansas.

After ordination, he wanted to serve as a Passionist missionary in Korea. However, the provincial superior had another idea, telling the young priest he was being sent to Europe for graduate studies in Scripture.

"I've thought of it since like an arranged marriage," he told the newspaper. "You have one thing in mind but you don't have the freedom to choose it. Somebody else chooses it for you. Then hopefully you fall in love with your spouse. That's sort of happened to me. The study of the Scriptures has sustained my life."

Completing a doctorate in New Testament studies from the University of Louvain in Belgium in 1972, Senior joined the faculty at the Catholic Theological Union. He became its president first from 1987 to 1994 and then from 1997 to 2013. He then was named president emeritus and chancellor and also was a professor of the New Testament.

Several professional associations honored Senior for his work in biblical scholarship and interreligious and ecumenical relations.

In 2014, the state of Illinois presented him the Order of Lincoln Award, the state's highest honor for public service.

Senior also served as president of the American Biblical Association of America (1997-1998), the Association of Theological Schools of the United States and Canada (2007-2009), and the Council of Religious Leaders of Metropolitan Chicago (2012-2014).

St. John Paul II appointed Senior to the Pontifical Biblical Commission in 2001 and was reappointed by Pope Benedict XVI in 2006 and by Pope Francis in 2013.