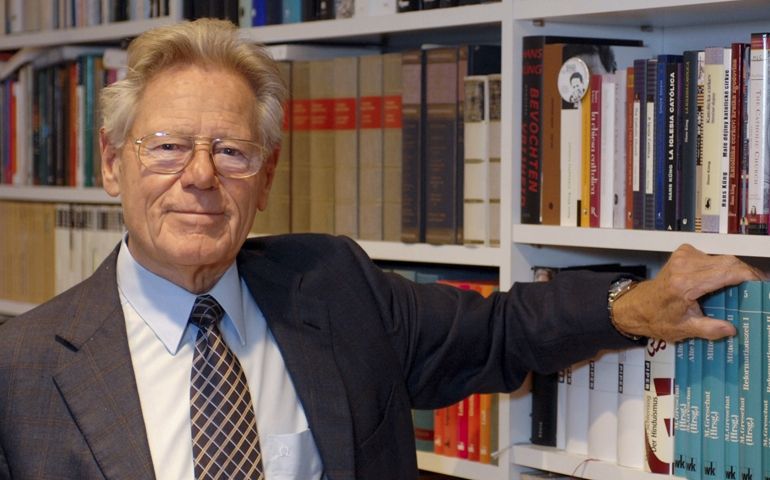 Theologian Fr. Hans Kung is pictured in his office in Tubingen, Germany, in a 2008 file photo. (CNS/Harald Oppitz, KNA)

Today is the 90th birthday of Fr. Hans Küng, Swiss citizen and professor emeritus of ecumenical theology at Tübingen University in Germany. Over the years, Küng has been vocal in the pages of NCR about the need for Vatican reform, and for a closer look at the dogma of papal infallibility in particular. We salute Küng as he graces the church with another year of his sharp intellect.