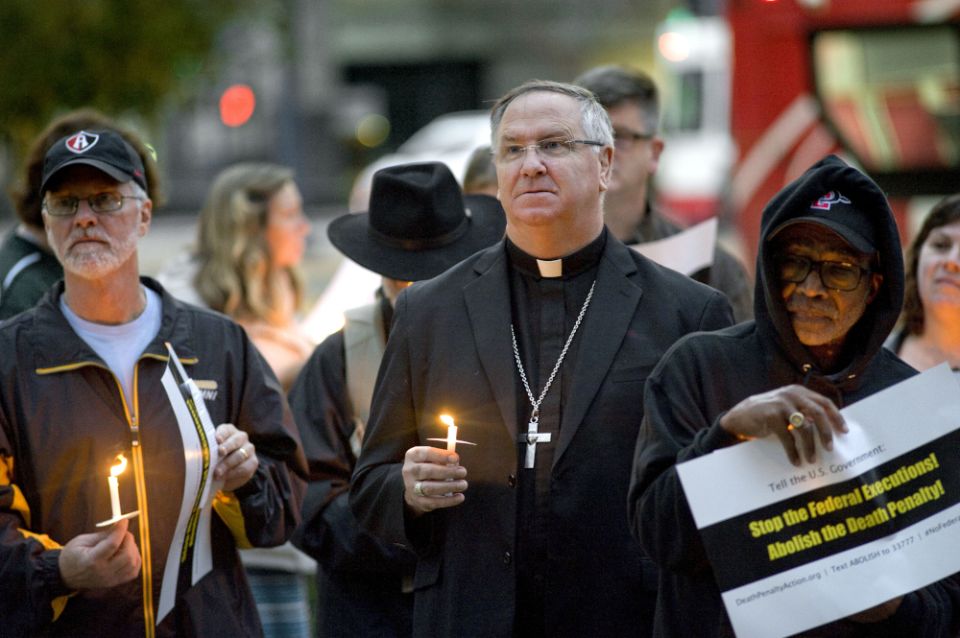 Olmsted, 75, has led the rapidly growing Phoenix diocese for nearly two decades, during which time he garnered a reputation as a staunch theological and political conservative.

In 2018, he was among the first of the U.S bishops to back the now-discredited former papal nuncio to the United States, Archbishop Carlo Maria Viganò, who called for Francis to resign.

In recent years, Olmsted has headlined the conservative-run National Catholic Prayer Breakfast, backed calls for pro-choice Catholic politicians to not receive Communion and supported religious-based exemptions for the COVID-19 vaccines, despite the Vatican and Francis' support for those vaccines.

Dolan, 60, has been an auxiliary bishop in the San Diego Diocese since 2017.

There, he was the moderator of the curia and vicar general for now Cardinal-designate Robert McElroy, one of Francis' most vocal champions among the U.S. episcopacy. Dolan, who was ordained a priest of San Diego in 1989, also served as the diocese's vicar for clergy, overseeing its 98 parishes.

As an auxiliary bishop, the California native has been an outspoken defender of migrants and known for his pastoral work with LGBTQ Catholics.

Phoenix, which is the fastest growing city in the United States, is home to more than 1.1 million Catholics.

Francis meets the Russian patriarch, declaring: 'We are brothers'

There are no unfulfilled dreams for Oblate Fr. Hank Lemoncelli