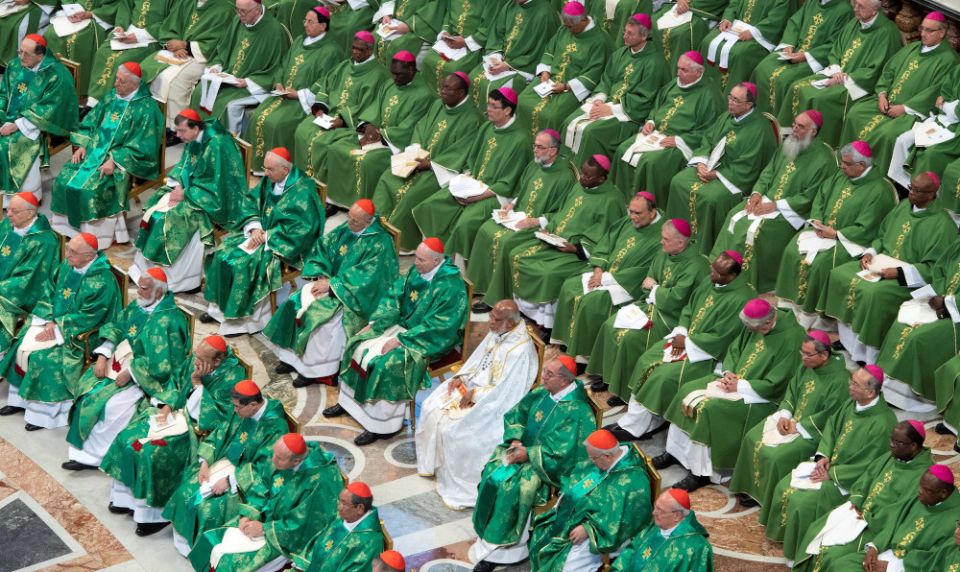 Cardinals and bishops attend the closing Mass of the Synod of Bishops on young people, the faith and vocational discernment, in St. Peter's Basilica at the Vatican Oct. 28, 2018. (CNS photo/Claudio Peri, pool via Reuters)

ROME — Pope Francis on May 29 named 16 new cardinal electors, including Bishop Robert McElroy of San Diego, California, along with three Vatican officials and a number of bishops from the global south.

The pope made the announcement at the end of his weekly Sunday Regina Coeli prayer from a window in the Apostolic Palace overlooking St. Peter's Square. Francis said he would install the new cardinals during a consistory at the Vatican on Saturday, August 27.

McElroy, 68, will become the seventh residential U.S. cardinal under the age of 80 and thus eligible to vote in a papal conclave and the fifth U.S. cardinal named by Pope Francis, joining the ranks of Blase Cupich of Chicago; Joseph Tobin of Newark, New Jersey; Wilton Gregory of Washington, D.C.; and Kevin Farrell, prefect of the Vatican's Dicastery for Laity, Family and Life.

The other cardinal electors of the United States are Sean O'Malley of Boston; Daniel DiNardo of Galveston-Houston; and Timothy Dolan of New York, all of whom were named by Pope Benedict XVI.

Prelates from eight archdioceses around the world will also receive the cardinals' red hat from Francis, along with five dioceses that are not traditional cardinal sees. 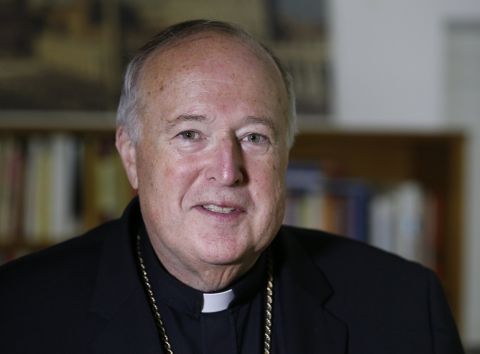 He has been among the most vocal champions of Pope Francis' pastoral agenda among the U.S. hierarchy, frequently echoing the pope's prioritization of environmental concerns, migration and a more welcoming approach to LGBTQ persons.

In 2019, McElroy was one of two Americans to be named by Francis to participate in the Vatican's Synod on the Amazon region, which opened up discussions on celibacy requirements for the priesthood and the possibility of restoring the ministry of women to the diaconate.

"I'm in favor of it," McElroy told NCR at the time on the question of women deacons. "My view on it is [that] women should be invited into every ministry or activity we have that's not doctrinally precluded," he said.

McElroy's selection by Francis also comes at a time when the U.S. church has been roiled by debates over whether pro-choice Catholic politicians should be denied Communion, most recently led by Archbishop Salvatore Cordileone of San Francisco, California who earlier this month announced he would bar U.S. Speaker of the House Nancy Pelosi from receiving the sacrament. McElroy, by contrast, has warned against the "weaponization" of the Eucharist for political ends.

His elevation to cardinal means that Francis has once again chosen to pass over the more conservative leaning Los Angeles Archbishop Jose Gomez, who heads an archdiocese that has normally been led by a cardinal. Gomez is also currently the president of the U.S. bishops' conference.

Cupich, one of Francis' closest U.S. allies, told NCR that he is "both happy and yet not really surprised," by the pope's decision to name McElroy to the College of Cardinals."He is one of the most gifted bishops in the United States, and I think that his nomination today is a sign of the esteem that he has in the life of the church, which is held by the Holy Father," Cupich said.

In a statement, McElroy said he was "stunned and deeply surprised" by the pope's decision to make him a cardinal. McElroy said he prays he can "assist the Holy Father in his pastoral renewal of the Church."

Roche, 72, was appointed by Francis last May to replace Cardinal Robert Sarah as prefect for the Congregation for Divine Worship and the Discipline of the Sacraments. He had been the department's No. 2 official since 2012. Prior to that, he was the head of the diocese of Leeds, England.

You, 70, is a new arrival in Rome, having been appointed last in June as prefect for the Congregation for Clergy, the Vatican office that oversees Catholic priests and deacons around the world. Previously, he led the South Korean Diocese of Daejeon.

The creation of 16 new cardinal electors will put their total number well above the limit of 120 set by Pope Paul VI in 1975. Both Popes John Paul II and Benedict XVI also exceeded that number at various points during their papacies.

As of August 27, there will be 132 electors. (Not counting Cardinal Angelo Becciu, who remains a cardinal in title but renounced "the rights connected to the cardinalate" in Sept. 2020 due to a series of financial scandals for which he is now on trial at the Vatican.)

At that time, of the 132 electors eligible to vote in a papal conclave, 11 will have been named by John Paul II, 38 by Benedict XVI and 83 by Francis, meaning Francis will have named over 62% of the men who will eventually elect his successor.

The August ceremony will be Francis' eighth consistory for the creation of new cardinals since his election as pontiff in March 2013. He last created new cardinals in November 2020 in a part-virtual consistory that took place at the height of the COVID-19 pandemic.

A version of this story appeared in the June 10-23, 2022 print issue under the headline: Pope Francis names 16 new cardinal electors, including San Diego's Bishop McElroy .

Church directives seek to keep mafia out of Easter processions