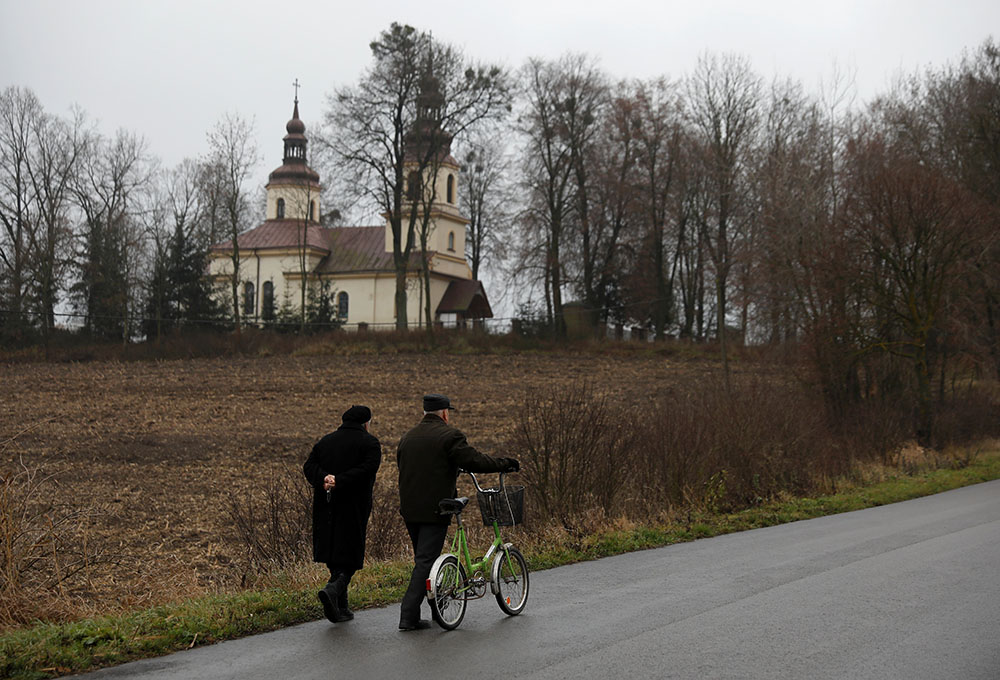 People in Kalinowka, Poland, walk to Mass in a file photo. (CNS/Reuters/Kacper Pempel)

When Bishop Tadeusz Rakoczy, a retired Polish prelate, was sanctioned by the Vatican in late May for mishandling sexual abuse by his clergy, it was just the latest blow to the once-unsullied image of the country's Catholic Church.

In recent days, there have been reports that the Polish bishops have been specially summoned to Rome in the fall by Pope Francis because of a spate of sexual abuse cases that have rocked the country's church. Although officials have denied the accuracy of the reports, they nonetheless signal the deep unease now afflicting religious life in Europe's most Catholic country.

"It's been a kind of shock therapy for everyone," said Marcin Przeciszewski, director of Poland's Catholic Information Agency, KAI.

"But even if we lose more bishops, we should also see it as something positive — a cleansing process for our church, and a learning curve for those who've been inclined to ignore or cover up negative phenomena," he said.

Rakoczy, 83, retired as bishop of Bielsko-Zywiec in 2013. He has been accused by at least one Polish abuse victim of covering up reports of abuse in the 1990s and 2000s. After coverage of the victim's claims, including by NCR, the Vatican on May 28 banned Rakoczy from public appearances and ordered him to lead "a life of penance and prayer." 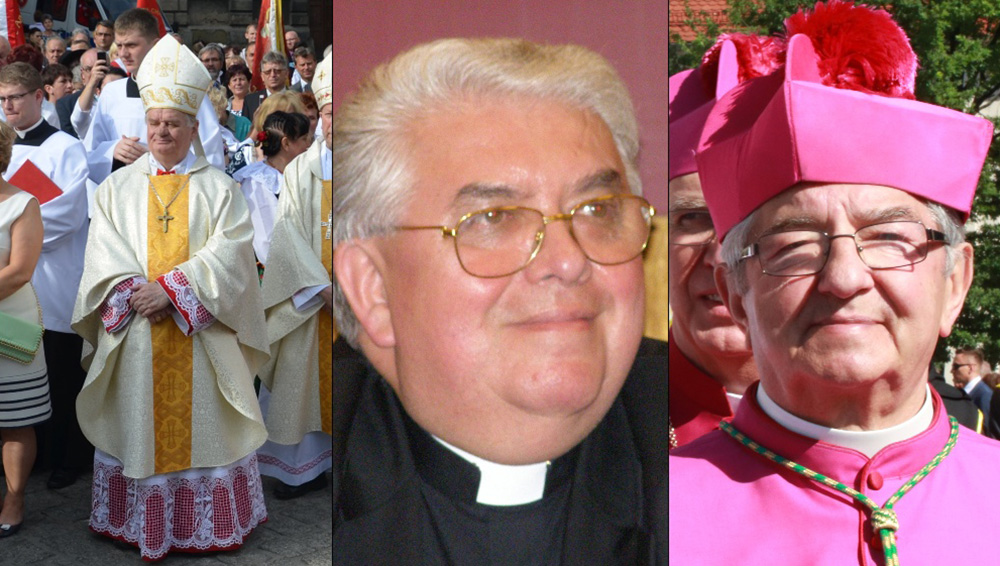 The Vatican also ordered the bishop to pay an "appropriate amount" to the Polish church's St. Joseph Foundation, set up in 2019 to assist abuse victims.

Rakoczy is just one of many Polish bishops disciplined in recent months, after a series of TV documentaries graphically revealed abuse complaints had been brushed aside in violation of Polish law and Vatican guidelines.

On May 12, the pope accepted the resignation of Bishop Jan Tyrawa of Bydgoszcz amid similar cover-up claims, while in March the Vatican ordered Archbishop Slawoj Glodz of Gdansk and Bishop Edward Janiak of Kalisz to compensate victims and avoid "public religious celebrations or lay meetings."

Last November, retired Cardinal Henryk Gulbinowicz was barred from using episcopal insignia and denied the right to a cathedral funeral after being personally implicated in abuse. Gulbinowicz died less than two weeks after announcement of the ban. 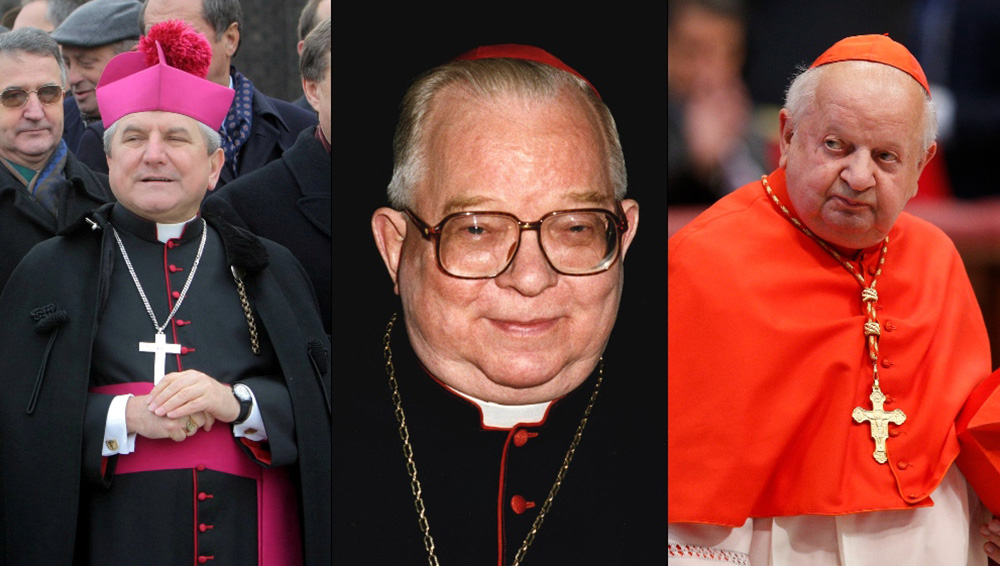 Several other prelates are under investigation, including retired Cardinal Stanislaw Dziwisz, who served for 39 years as secretary to Pope John Paul II. Dziwisz could face jail after a Polish state commission accused him of ignoring abuse.

With Francis changing canon law June 1 to explicitly criminalize the sexual abuse of adults by priests, other sanctions are expected, in a continuing challenge to the Polish church's authority and credibility.

Significantly, demands for action have been driven from below by lay Catholics, long feeling unused and marginalized by their own church.

"This is something quite new," Malgorzata Glabisz-Pniewska, a senior Catholic presenter with Polish Radio, told NCR. 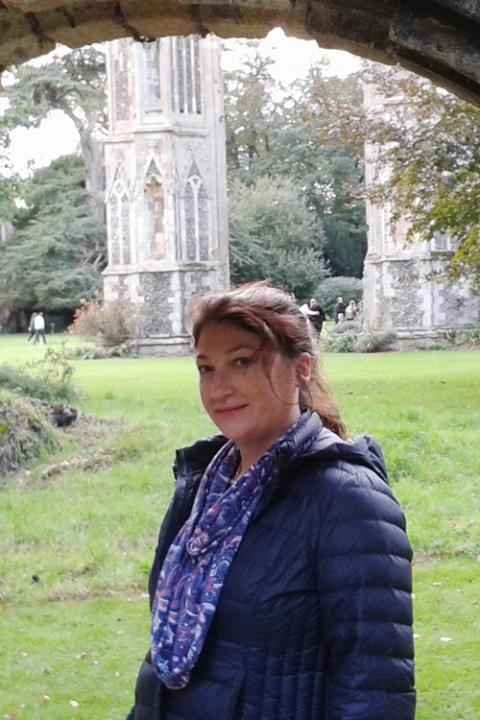 "There was a time when any attack on a bishop was treated as an attack on the whole church," she said. "But that was long ago, and the situation is now different. While it was assumed people would always stay loyal, this is no longer the case."

How serious are things getting for the Polish church?

On May 25, the Rzeczpospolita daily reported the country's bishops had been "shocked" when suddenly summoned to Rome in the fall for their traditional ad limina visit to the Vatican, a year after all such visits had been suspended because of the coronavirus pandemic.

The newspaper compared the order, reportedly relayed by the Vatican's ambassador to Poland, to a 2018 papal summons to the bishops of Chile, which ended in their mass resignation in the face of abuse scandals.

The Polish bishops' spokesman, Jesuit Fr. Leszek Gesiak, has denied the claim that the bishops were surprised by the request for a visit. The last Polish ad limina visit, he told the KAI agency, was in February 2014, more than seven years ago, while the latest, scheduled for 2019, was actually twice postponed by Francis.

Yet there will be urgent issues to discuss with the pope — not least the effect of recent scandals on Catholic loyalties, especially among young people.

However, regular church attendance has fallen from 50% to 37% in three decades, and has been halved among young people, accompanied by a sharp drop in seminary admissions and a two-thirds decline in recruitment to Poland's 106 female religious orders, according to the survey.

With over 50% of Poles now insisting the church holds "no authority" for them, said the survey, the downward trends are expected to have accelerated under the impact of coronavirus restrictions. 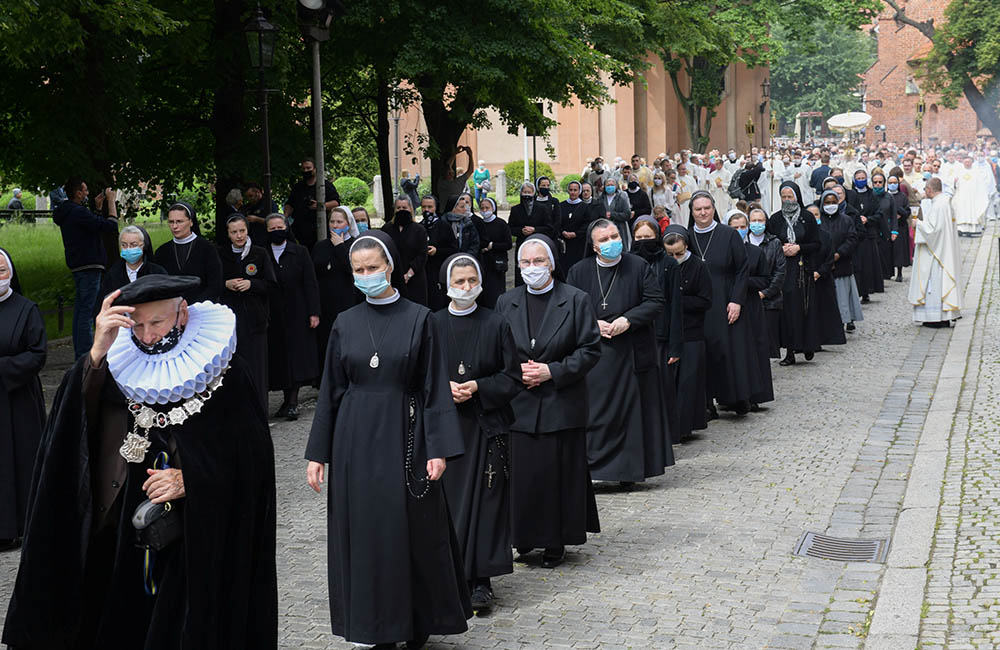 In a commentary, the director of Poland's official Public Opinion Research Centre, CBOS, Miroslawa Grabowska, said "creeping secularization" had now "turned into a trot," aided by a "significant weakening in the transmission of faith in families."

Poland appeared to be following an "Italian model of laicization," Grabowska added, in which professions of faith would remain high by European standards, while real religious belief dwindled.

"There's an increasingly common belief that the Church hierarchy isn't facing up to its responsibilities," the priest told the Catholic Wiez periodical.

"When talking with disenchanted believers, it's no longer enough to point to outstanding popes, good hierarchs or traditional consolations. ... The time when society consented to indulge clergy weaknesses is over," he said.

The bishops' conference has taken steps to counter sexual abuse, appointing child-protection officers in all 43 Polish dioceses and issuing statements of regret in November 2018 and May 2019.

But it hasn't commented on the latest episcopal resignations and sanctions, accepting them discreetly without reaction.

Although some lay Catholic groups have spoken out, most laypeople in Poland are still excluded when it comes to running and managing the church.

"They can only voice opinions," said Glabisz-Pniewska. "They've no decision-making power and very little real influence. Despite all the sound and fury, nothing has really changed."

"In our tradition, every important church matter is handled exclusively by clergy, but this can no longer remain the case," the KAI agency director told NCR. 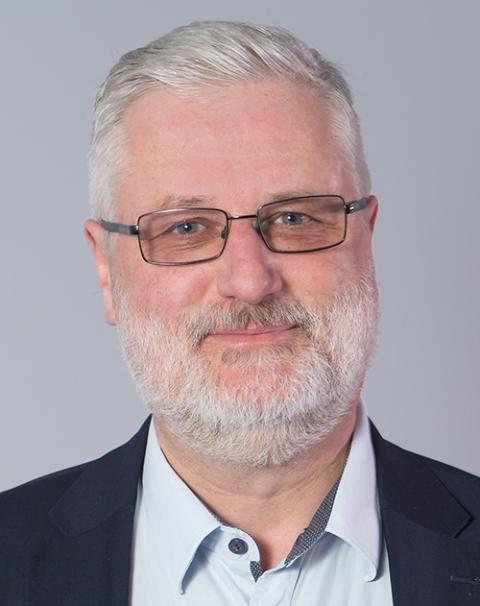 "Current statistics shows we're now on the cusp of a crisis — within 10 years, we'll be running short of parish priests, making it essential to enlist laypeople and give them a share of responsibility," he said.

There are hopes the Sept. 12 beatification of Cardinal Stefan Wyszynski, a revered leader during Poland's communist era, will reaffirm the church's place in national life by recalling heroic past struggles.

A new nationwide census, running to September, will include data on religious affiliations, while there is talk of a national plenary synod to bring Poland's fractured church back together — just two of the topics likely to feature during the Polish bishops' ad limina visit, set to begin on Oct. 4.

Glabisz-Pniewska believes the pope will have too many worldwide concerns to worry too much about squabbling among Polish Catholics. But Przeciszewski thinks Francis can offer help even so.

The new, three-phase synodal process announced by the Vatican in May will give priests and laypeople an input into preparations for the next Synod of Bishops in 2023, enabling critical reflections and reform proposals from below.

It could provide an opportunity for the Polish church to widen its possibilities for participation.

"When it comes down to it, I don't think there's any fundamental inconsistency between what the pope and [the] Polish bishops are doing," the KAI director told NCR.

"But the pope can offer much-needed inspiration in drawing our bishops' attention to those who've come close to giving up on the church," he said. "People like this won't return unless the church shows a much greater evangelical openness. In this sense, an ad limina visit at the end of the pandemic would prove a real asset."

A version of this story appeared in the June 25-July 8 print issue under the headline: Embattled bishops to meet with Francis.