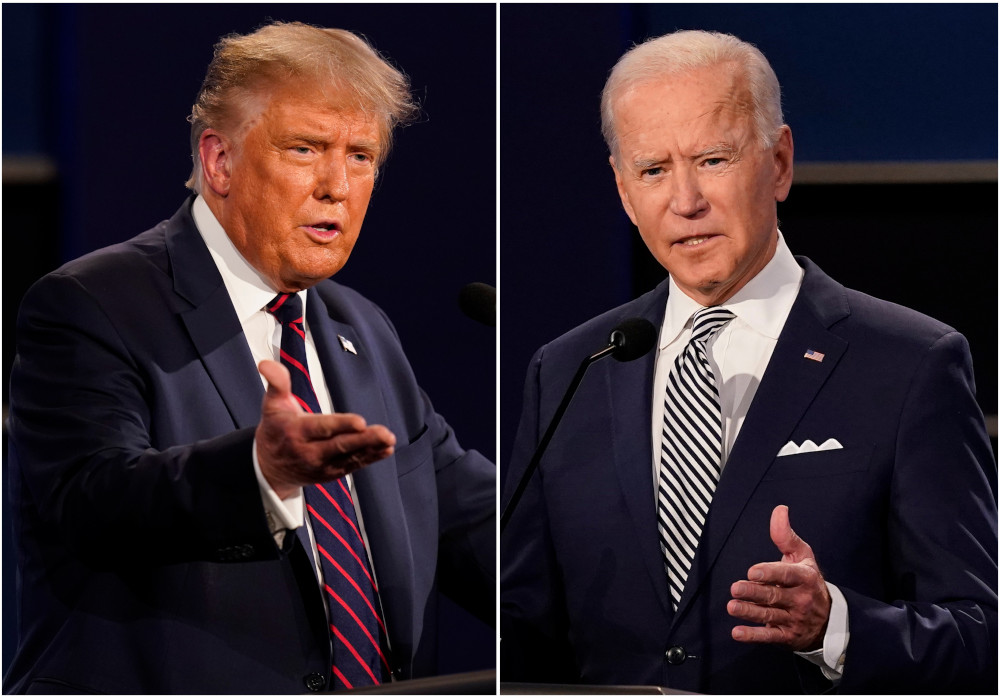 Here's the eternal conundrum of the so-called Catholic vote: Catholics no longer vote as a bloc as they once did, when white Catholics were reliable Democrats. Nor do Catholics necessarily support candidates who favor the bishops' agenda, such as abortion.

But Catholics do have an impact on who wins, especially in close elections where Catholic swing voters can determine the results.

Catholics tend to vote for the winners, as can be seen in the successful candidates' share of the Catholic vote in recent presidential elections, according to the Pew Research Center:

As E.J. Dionne Jr. once famously said, "There is no such thing as the Catholic vote, but it matters."

Many other religious groups tend to unite behind a particular party. Black Protestants and Jews are reliable Democrats and a dominant majority of white evangelicals vote Republican, but Catholics, who were 23% of the electorate in 2016, are almost evenly split between Republicans and Democrats.

That split has been going on for some time, according to Pew.

Some might be surprised by these numbers because we associate Catholicism with the anti-abortion cause, which is also supported by the Republican Party. In fact, Catholic views on abortion are similar to those of all Americans. A majority of Catholics believe that abortion should be legal in all or most cases. As it happens, Catholic are concerned about many of the same things as other Americans: the pandemic, health care, the fairness of the presidential election and jobs.

The reason both campaigns focus on Catholics is not who they are but where: In the battleground states that tend to swing between parties from cycle to cycle, Catholics make up a significant percentage of the population: Wisconsin's population is 25% Catholic; Pennsylvania's, 24%; Texas', 23%; Florida's, 21%; and Arizona's, 21%.

In Texas, Florida and Arizona, Hispanic Catholics are the group the campaigns appeal to, while in Pennsylvania and Wisconsin it is white Catholics.

Another factor that makes Catholics important is that they turn out. "In the battleground states of Michigan, Pennsylvania and Wisconsin," reports Steve Krueger, president of Catholic Democrats, "we estimate that Catholics could turn out to vote at 5%, 6% and 4% more than they represent the overall population, making the Catholic vote even more important to the outcome of the 2020 election."

It is no surprise, then, that political parties and candidates are spending resources going after the Catholic vote.

After the election is over, no matter who wins, Catholics need to also play an important role in healing the bitter partisan divisions that divide our nation. As the largest religious group that is equally divided between Democrats and Republicans, Catholics have a special responsibility to work to bridge the partisan divide. They need to model to the rest of the country that it is possible for people to disagree and still be good neighbors and friends.