Fourth Sunday of Easter: Get caught up

web art for may 3 jon-tyson-FID3uzP8T5U-unsplash.jpg 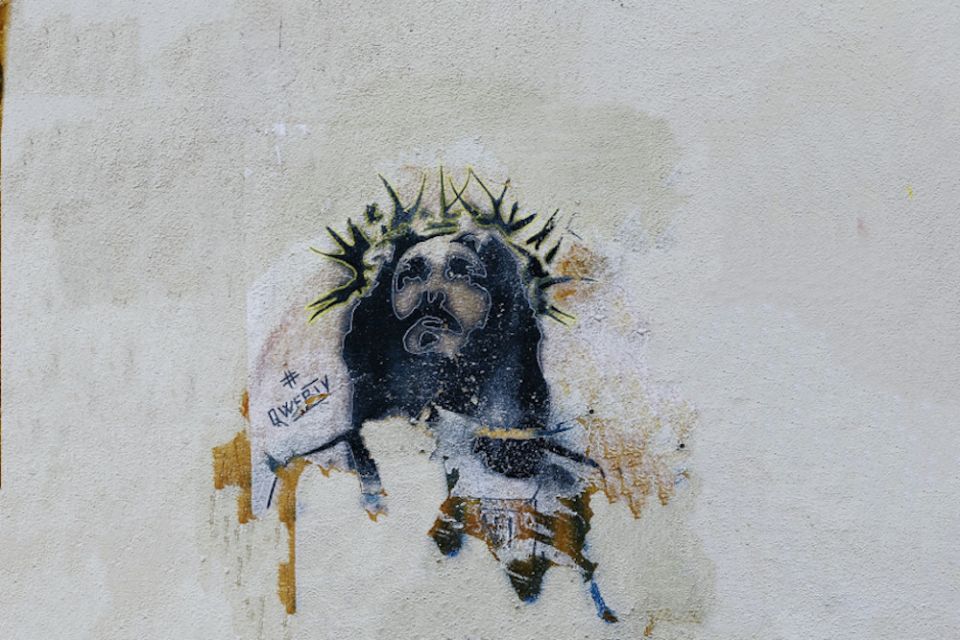 After Jesus' resurrection, it didn't take Peter long to catch on — or more precisely said, it didn't take long for Peter to get caught up in what it was all about. Once Easter got him, he was on fire. This was the guy who promised that he would never allow Jesus to suffer and who had sworn to stand firm. When they arrested Jesus, he hid, forgetting that he knew Jesus' name.

Then came Easter. After meeting the forgiving, risen Lord, Peter was a changed man. It took recognizing his own weakness and seeing the cross and resurrection to understand what Jesus had been saying all along. He finally got it: He could be forgiven and not even death could frighten him now.

We tend to hear an accusation in Peter's statement that "God has made both Lord and Christ, this Jesus whom you crucified," but Peter may have intended something entirely different. (Peter was Jewish, he had no share in the U.S. Puritan and Irish legacies that cultivate guilt.)

Suppose that instead of picturing Peter as angry or blaming, imagine his face alight with bewildered joy. Rather than think he was calling people to remorse, envision him trying to help his audience see something more wondrous than they had ever imagined. Peter was trying to communicate his ecstatic astonishment. His message: "Our God has come through in ways we never dreamed of!"

We can almost hear Peter laughing at himself, saying, "Isn't that just like the God Jesus talked about?"

People didn't buy into the disciples' message because they felt guilty about the Crucifixion, or even because they were fearful. The disciples' joy attracted and fascinated them. Their question, "What are we to do?", was the query of seekers; they wanted a share in what they were seeing.

Peter replied: "Metanoeo!" That's Greek for "Revolutionize your way of thinking, acting and being!"

Translating metanoeo as "repent" is akin to referring to a Category 5 hurricane as a rainstorm. The verb metanoeo means "Turn your thinking inside out and let your feelings and behavior follow suit."

"Metanoeo!" was Peter's invitation to understand that Jesus' horrific crucifixion was the end of death. Peter was saying: "You can't protect yourself, and that's OK because God has more in mind for you than you can fathom."

Peter proclaimed what he was just beginning to understand: "It's what Jesus said all along: 'Give your life away and you'll reap a hundredfold!' "

The Easter disciples weren't teaching dogma; they were trying to spread a contagious state of grace. They invited people to baptism as a sacramental action — as transformative, participative theater that made a real scene of what they were talking about.

Baptism images new birth. It recalls the days of creation when the land sprang up from the sea and God formed humans from a recipe of earth and water, and blew the divine spirit into them. Baptism symbolizes entrance into the realm of death so that God can raise you up.

The disciples' proclamation and the peoples' decision to be baptized are a response to the message of today's Gospel. Jesus calls himself the gate, the way into new life. He offers himself as the one who reveals the deepest meaning and purpose of human life. Those who get caught up in his message find life in it.

Everything that Peter and friends preached is summed up in Jesus' one phrase: "I came that they might have life and have it more abundantly."

In today's Liturgy of the Word, Jesus and Peter both tell us that what we find in Christ is not available anywhere else. Christianity isn't a moral code or philosophy of life. It's incorporation into the Risen Christ. Christianity is defined by the metanoeo of following Christ's way and living Christ's truth.

In "The Joy of the Gospel," Pope Francis surprises us with the exhortation, "Let us not flee from the resurrection of Jesus." Helping us understand that Christianity entails an experience of Christ's life in us, Francis says, "May nothing inspire more than his life, which impels us onwards!"

Today's liturgy invites us to allow Jesus' resurrection to make a real difference in who we are, not just what we think or do. We who grew up surrounded by Catholicism's saints and angels probably think of the Resurrection as the promise of eternal life: "If I should die before I wake." Peter would call that hopeful insurance that falls short of Christian life. He would say, "When you catch on, you get caught up. Nothing is the same, and there's nothing to fear."

On this 22nd day of Easter, let us consider what difference Jesus' resurrection can make in our lives. Are we willing to let his life impel us into unpredictable metanoeo?

Column | Fourth Sunday of Easter: Get caught up

'Risen' is a moving contribution to the canon of biblical movies

Older Catholics reflect on pandemic's effect on faith life, how they cope