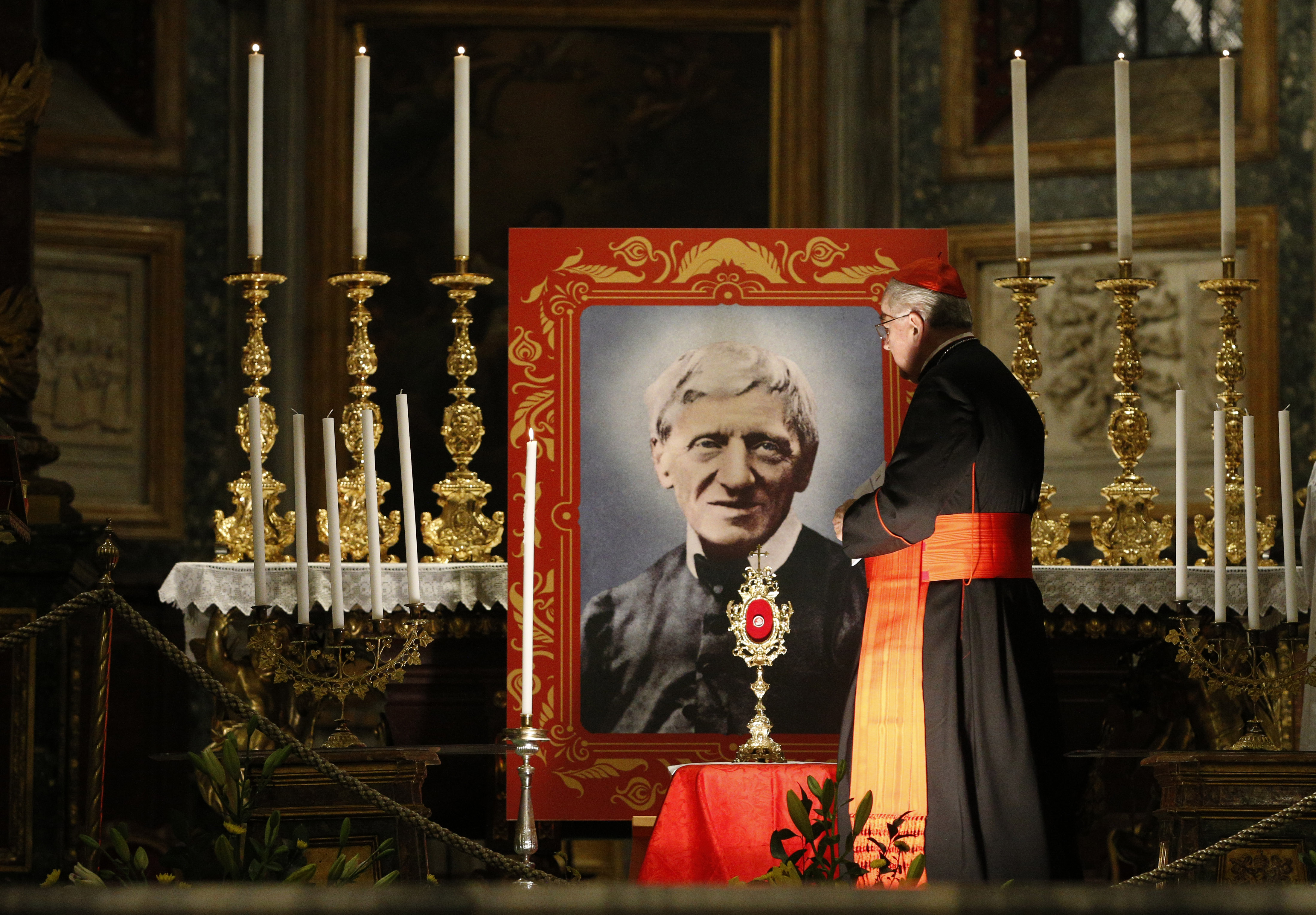 News of the approval of the final document from the Synod of Bishops on the Pan-Amazonian Region was met with, well, mixed responses. Unsurprisingly, some people have taken to social media to decry the synod fathers' more-than two-thirds majority affirmation of at least three key proposals: the ordination of married indigenous elders to the ministerial priesthood to serve remote parts of the Amazon, the renewed exploration of admitting women to the diaconate, and the call to better inculturate the church's liturgy in the context of the Amazon in what has been proposed as an "Amazon rite."

But I believe there is at least one person who would have been deeply pleased to see these themes discussed and proposals emerge, watching from the next life if not from the synod hall. That person is St. John Henry Newman.

That Newman, one of the church's newest saints, was canonized duringthe Amazon synod was not merely coincidental. There is good reason to believe, whether on account of divine providence or strategic human planning, that Newman's addition to the canon at this time symbolizes an as of yet unspoken patronal status I would like to name — John Henry Newman, Patron Saint of the Amazon Synod!

This declaration might strike some self-styled conservative admirers of Newman as unexpected or even preposterous. However, the fact remains that Newman's theological corpus presciently lays a foundation for the kind of discussions about and development of theology and church discipline seen as most contentious in recent months. In particular, I am thinking of his treatises An Essay on the Development of Christian Doctrine (1878) and On Consulting the Faithful on Matters of Doctrine (1859). The synod's instrumentum laboris, the conversations that took place in the synod hall this month, and the reports on the contents of the final document all reflect the insights and conclusions supported by Newman's theological contributions.

First, you have the question of mandatory clerical celibacy in the Latin West. We need to remember the fact that there are 23 Eastern Catholic Churches in full communion with the Roman Catholic Church that already do not require clerical celibacy as a condition for ordination to the ministerial priesthood (though bishops are typically chosen from among unmarried priests). Additionally, since Pope John Paul II and then Pope Benedict XVI began accepting married converts from the Anglican Communion and Lutheran churches into the Catholic ministerial priesthood, we have had married priests even in the Roman Church, though as an exception and not the norm.

People have been disproportionately upset about this potential shift in this roughly millennium-old church discipline. As leading canon lawyers rightly noted, this is a relatively easy change to make. From a technical theological perspective, a change in the practice of mandatory clerical celibacy is not a matter of changing anything near central to the church's dogmatic or even authoritative doctrinal teaching. And yet, as Newman explains in his work, even those doctrines we consider most essential to the Christian faith have undergone centuries of change and development.

In his An Essay on the Development of Christian Doctrine, Newman offers some now-classic illustrations of instances in which key doctrines have developed over long periods of time in the church: the formation of the New Testament canon, the doctrine of original sin, the understanding of Jesus Christ's consubstantiality with the Father, the post-Nicene Christological and Mariological developments, the practice of infant baptism and Papal Primacy, among others.

Newman argues that doctrines are, in a real sense, ideas, and ideas develop and are clarified over time and within particular contexts. The declaration of Jesus' consubstantiality with the Father at Nicaea was articulated in the Greek term homoousios. This is not accidental. The idea of the doctrine was expressed within a culture, context, time and language that itself reflects the church's collective discernment of divine revelation and how to best understand and articulate what it is we believe. Newman explains that sometimes the expression or understanding of a doctrine or practice will become unclear and need to be clarified through change.

In time it enters upon strange territory; points of controversy alter their bearing; parties rise and fall around it; dangers and hopes appear in new relations; and old principles reappear under new forms. It changes with them in order to remain the same. In a higher world it is otherwise, but here below to live is to change, and to be perfect is to have changed often.

If development and clarification of doctrines central to the heart of Christian faith is inevitable, then why wouldn't that also be the case with church disciplines like mandatory clerical celibacy?

It strikes me that Newman would have been happy to see that the synod fathers have actually taken seriously the work of the Holy Spirit continually guiding the church and calling the people of God to greater understanding of the faith we profess, rather than pretend there aren't urgent situations that warrant greater inquiry into our practices. The dire pastoral circumstances identified in the Amazon region demand that development be considered in church discipline — this is just the sort of contextual impetus Newman describes of centuries past and anticipated in times to come.

Another point of resistance among critics of the Amazon synod was the frequent recourse to the experiences of indigenous peoples and other laity. Here Newman had some strong things to say, particularly when it comes to his assertion that over the course of Christian history it was not uncommon for bishops to fail in safeguarding authentic Christian doctrine while the laity continued to preserve the tradition. In his On Consulting the Faithful in Matters of Doctrine, Newman provides illustrations to this end, such as pointing to the important role of the laity in the ultimate rejection of Arianism in the fourth century and beyond. He offers a passionate defense of the sensus fidelium, making the strong case that consulting the faithful cannot be neglected in the authentic expression and teaching of doctrine.

It seems to me that Newman would have been extremely pleased to see that the concerns raised at the Amazon synod — not just about married priests, women deacons, or better inculturated rites, but also the other pastoral and ecological concerns identified — surfaced in large part due to the bishops' consulting the faithful in preparation for and during the synod. I'm not sure what Newman would think about the justifiable calls for women religious and laity to have not only right of voice but also equal vote in the synod, but it would seem that given his arguments about broader consultation he might at least have been open to the idea.

As for now, Pope Francis alone knows what will become of the synod's recommendations contained in final document. The role of the synod of Bishops is consultative and advisory, and the responsibility for implementing (or not) some of these suggestions falls to his oversight. But, in the meantime, I think it wouldn't be such a bad idea to invoke the new patron saint of the Amazon synod and ask for his intercession that the Holy Spirit continue breathing new life into the church as we together continue on the journey of greater understanding of and living our faith.

A version of this story appeared in the Nov 15-28, 2019 print issue under the headline: St. Newman would approve of the synod's final document.