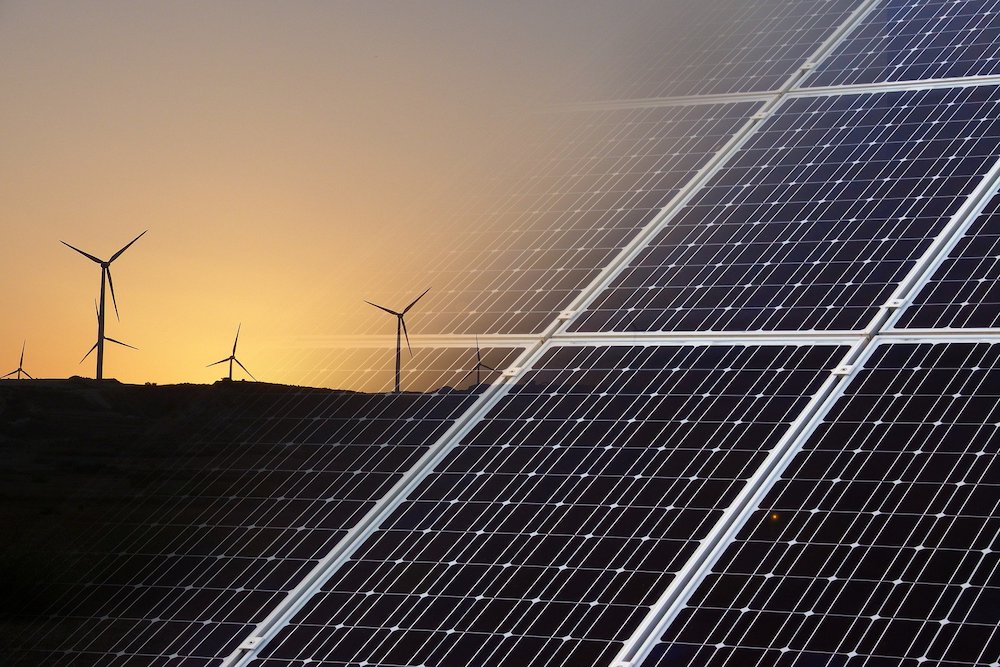 Renewable energy generation in the U.S. increased by 9% between 2019 and 2020, with wind energy growing by 14%, solar projects of more than 1 megawatt by 26% and small-scale solar, such as rooftop panels connected to the grid, by 19%, according to the U.S. Energy Information Agency. (seagul/Pixabay)

There has been a mix of good and bad news on the climate front in recent days.

Some good news came out of the U.S. Energy Information Administration, which reported that in 2020, the combined amount of energy generated from renewable sources — including wind, solar, hydroelectricity, geothermal and biomass — exceeded the amount from any other source except natural gas.

The 834 billion kilowatt hours of electricity from renewables amounted to about 21% of total generated energy, up 9% from the previous year, the agency reported. Coal showed the sharpest decline, down 20% from 2019. That means renewables edged out coal and nuclear energy for the first time on record.

In 2020, for the first time, the total amount of energy generated in the U.S. from renewable sources — including wind, solar, hydroelectricity, geothermal and biomass — exceeded the amount from any other source except natural gas. (U.S. Energy Information Administration)

Nevertheless, renewables still generated only about half as much electricity as natural gas, and natural gas use continued to increase. That is happening despite warnings from scientists that the world's nations are falling far short of the commitments needed to stave off the worst effects of a warming climate.

China, India, South Africa and Saudi Arabia — some of the world's largest greenhouse gas emitters and key players in international climate negotiations — are among the countries that missed the July 30 deadline for submitting more ambitious emissions-reduction pledges ahead of the United Nations climate summit, COP26, to be held in November in Glasgow, Scotland.

Birol made the remarks at a virtual gathering of the Laudato Si' Movement — which, as Roewe also reports, is the new name adopted by the group formerly known as the Global Catholic Climate Movement to better reflect its mission.

When Birol was asked what Catholics can do to support his message, the IEA leader responded that "they can help investors, including institutional ones, understand that continuing to finance new fossil fuel projects is risky not just for their own profits, but for their own health and the planet, too," Roewe writes.

EarthBeat has reported recently on efforts by Catholic investors and advocates to influence the boards of oil companies and encourage them to shift away from fossil fuels. And of course we've been covering the ongoing campaign to encourage Catholic institutions to divest their portfolios of fossil fuels.

Next week we'll be following up on a new report on climate change science to be issued Aug. 9 by the U.N. Intergovernmental Panel on Climate Change. This will be the first such assessment in eight years, and it is expected to have a more urgent tone, especially in light of recent disasters linked to extreme weather, including flooding in Europe and China, and extreme heat waves, which are exacerbating wildfires in places like the western U.S., Siberia and Turkey.

Between now and the November climate summit, EarthBeat will continue to look at the report's implications as a matter of environmental justice, with a special focus on how people of faith are responding.

Some things we’ve heard from readers this week:

Last week's EarthBeat Weekly began with excerpts from a speech by Lorna Gold, chair of the board of the newly renamed Laudato Si' Movement. Reader Shirley Starke had this to say:

Your article about Lorna Gold is lovely, but let us stop — RIGHT NOW! — saying that God GAVE us the rest of his creation as a gift! If he had given it to us as a gift, it would belong to us. It does not. Creation belongs to God, and we belong to him as part and parcel of his creation.

Saying it was given to *us* as a gift puts us right back in the kind of radically anthropocentric thinking that led to this crisis in the first place. And it is not what the Holy Father was saying in Laudato Si'.

We can say that our friends and neighbors are gifts from God, and the rest of creation is a gift to us in exactly the same sense, and in no other. Because our fellow creatures are our friends and neighbors (whom we tend to massacre), not our property. "The earth is the Lord's and the fullness thereof." This very serious error in Ms. Gold's thinking should have been pointed out in the article and corrected before going on to the many things she got right. It is a reiteration of the most fundamental error of all.

Let us stop saying that God 'gave' us the rest of his creation as a gift. Creation belongs to God, and we belong to him as part and parcel of his creation. Saying it was given to us puts us back in the radically anthropocentric thinking that led to this crisis in the first place.

The recent commentary by Alex Mikulich, about embracing Laudato Si' through the principle of economic "degrowth," drew this response from readers Gene and Jeanne Blish:

Background:  We are a retired married couple, and we are supportive of the teachings of Laudato Si'. But we have some questions/comments about your article.

We think there is a distinction to be made between good economic growth and bad economic growth. We recognize "good" and "bad" are subjective terms, but there probably would be general agreement about certain types of growth, whether capitalist or socialist. For example, growth related to sustainable products that reduce dependence on fossil fuels (such as solar panels, electric vehicles, etc.) would be in the "good" growth category. Conversely, growth of products that continue dependence on fossil fuels would be in the "bad" growth category. Another way to look at it: Increase the good sustainable growth, and eliminate bad growth (versus the easily misunderstood "degrowth" term).

The concept of "degrowth," a "steady-state economy" or "prosperity without growth" is important for people of faith who are grappling with Pope Francis' call to build a more just and sustainable post-pandemic world. We will return to this debate on EarthBeat in the coming months.

Meanwhile, we always welcome your comments about EarthBeat's coverage, which help us widen and deepen the conversation about how we should live in our common home.

And this is some of what's new in other climate news:

Sr. Ilia Delio will speak about "Franciscan Wisdom in an Age of Science" Aug. 12 as part of a series sponsored by The Franciscan School of Theology at the University of San Diego.

You can find details about this and other upcoming events on the EarthBeat Events page, and you can add your own organization's event to the list here.

The next three months, leading up to the COP26 climate summit in Glasgow, will be critical for climate justice advocates worldwide. What would you most like to know about climate negotiations, what scientists are saying and what people of faith are doing in preparation for the summit? Drop us a line at earthbeat@ncronline.org and let us know — your questions will help us shape our coverage during this critical time.