Pope to bishops: Listen to abuse victims for sake of church 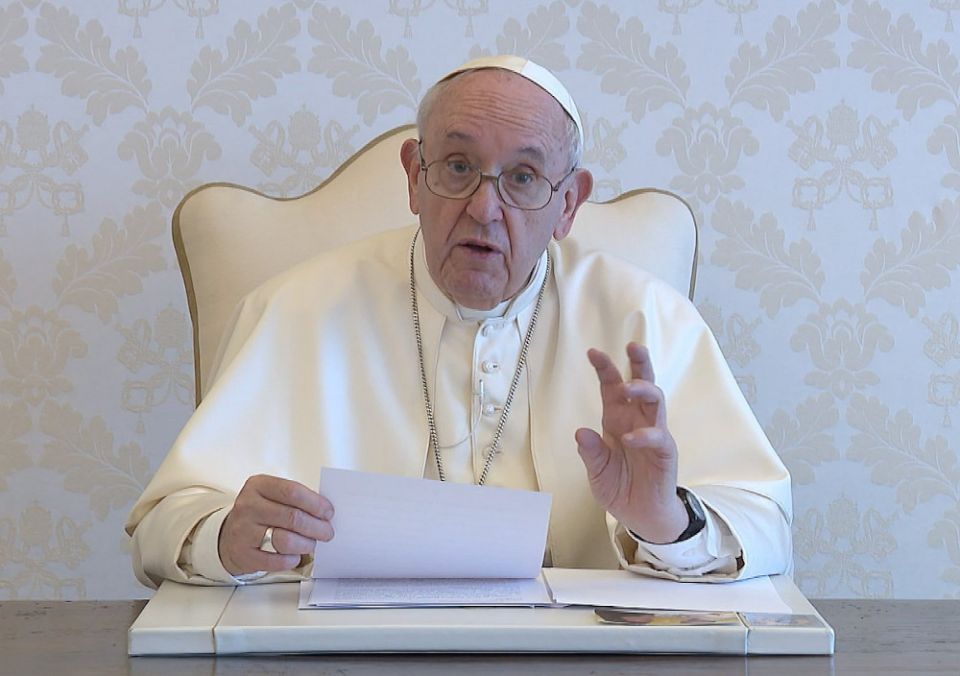 Pope Francis delivers a June 9, 2021, video message to participants of an online forum titled "Where are we with Amoris Laetitia?" dedicated to implementing proposals inspired by his 2016 exhortation of the same name. (CNS screenshot/Vatican Media)

Rome — Pope Francis urged European bishops on Sept. 18 to listen to survivors of clergy sexual abuse and consider them partners in reform, warning that their failure to do so risks the very future of the Catholic Church.

Francis issued a videomessage to Central and Eastern European bishops who are gathering in Poland starting on Sept. 19 for a four-day child protection conference organized by the bishops’ conference and the Vatican’s child protection advisory commission.

The location is significant, given around a dozen current and retired Polish bishops have been sanctioned by the Vatican in recent months for their repeated failures to listen to victims and take action to sanction the priests who raped and molested them.

"Only by confronting the truth of this cruel behavior and humbly seeking forgiveness from victims and survivors can the church find the way to once again be considered and trusted as a place of welcome and security for those who need it," Francis said.

He said bishops in particular must be the first to listen to victims, not the last, and must be at their service "seeing them as companions and protagonists of a common future."

Victims have long said they were treated as enemies of the church when they reported their abuse, accused of seeking to cause scandal or extort the hierarchy for money, even though many often said they merely came forward to prevent a predator priest from harming others. Francis, and before him Benedict XVI, have denounced what they called the hierarchy's misplaced concern for the church's reputation over the needs of victims.

In the videomessage, Francis said words of sorrow had to be converted into concrete action of reform to prevent abuse and listen to victims, saying "these important discussions truly touch the future of the church."

Francis has passed new church legislation to try to hold bishops accountable for covering up for abuse, responding to decades of complaints from victims and their advocates that the Vatican turned a blind eye to bishops who failed to protect their flocks.

The Argentine Jesuit himself had a steep learning curve on the issue, after he botched a notorious case of abuse and cover-up in Chile. Francis did an about-face and apologized, and convened the presidents of every national bishops conference in 2019 to try to sensitize them to the importance of the issue for the church’s credibility.

Accountability | Pope to bishops: Listen to abuse victims for sake of church

Council of Cardinals to meet with Francis for fourth time

McCarrick verdict is the latest marker on the road to conversion