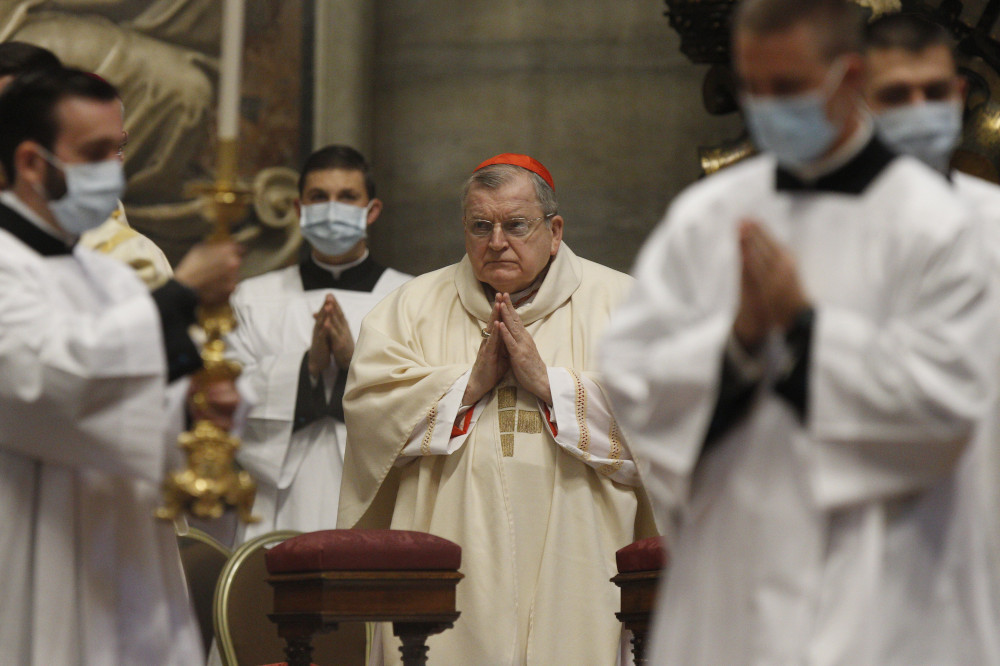 A high-ranking Roman Catholic cardinal who was placed on a ventilator after contracting COVID-19 said he has moved into a house but is still struggling to recover from the disease.

Cardinal Raymond Burke, 73, one of the church's most outspoken conservatives and a vaccine skeptic, posted a letter on his website Sept. 25 saying he left the hospital Sept. 3 and moved into a house near his family. He didn’t say where.

Burke said he’s going through in-home rehabilitation, still suffers from fatigue and has difficulty breathing. He didn’t detail what his rehabilitation regimen includes but said he is making steady but slow progress. He said a secretary from Rome has moved in with him to help him with his rehabilitation and catch up on his work.

"I cannot predict when I will be able to return to my normal activities," Burke wrote. "Seemingly, it will be several more weeks."

He said God saved him for "some work" he wants him to carry out with the help of the church and asked people to pray for him, the world and the church, all of which are "beset with so much confusion and error to the great and even mortal harm of many souls." He didn’t elaborate.

Pope Francis said earlier this month that he doesn't understand why people refuse to take the COVID-19 vaccine, acknowledging that "even in the College of Cardinals, there are some negationists." He called one of the cardinals a "poor guy" who had been hospitalized with the disease, an apparent reference to Burke, and added: "Well, the irony of life."

The pope removed Burke from his position overseeing the Vatican's supreme court after Burke in 2014 likened the church to a ship with no rudder. Two years later Burke joined three other conservative cardinals in asking Francis to explain why he decided to let some remarried Catholics receive Holy Communion.

Burke also has warned people that governments were using fear of the pandemic to manipulate people. He spoke out against mandatory vaccinations in 2020, saying some in society want to implant microchips in people.