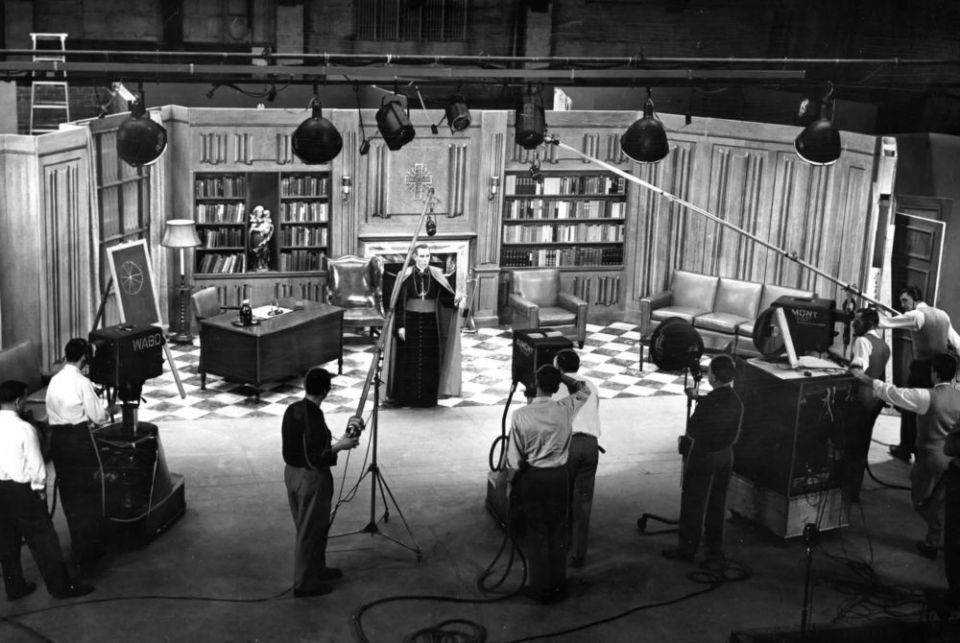 Archbishop Fulton Sheen, the famed media evangelist, mission promoter and author, is pictured in an undated photo speaking during a television broadcast. (CNS)

The decision to postpone the beatification of Archbishop Fulton Sheen provoked outrage on Twitter where, admittedly, outrage is often the coin of the realm. But the postponement raises deeper issues about whom and how we as a church canonize, and what criteria we seek in doing so.

The postponement came after several U.S. bishops asked the Holy See to delay the proceeding because there was fear that, as New York lifted its statute of limitations on the crime of sexual abuse, a flood of new accusations is pouring forth. The statement from the Diocese of Peoria, Illinois, expressed the concern succinctly: "In our current climate it is important for the faithful to know that there has never been, nor is there now, any allegation against [Archbishop] Sheen involving the abuse of a minor." The concern is not only that there may be an accusation against Sheen for misconduct, but also that, as he was an ordinary in the late 1960s, there might be an allegation of one of the Rochester priests that Sheen might have covered up. Already, a 2007 lawsuit alleged that Sheen had covered up a case of sex abuse he stumbled upon when he was an auxiliary bishop of New York.

Sheen served his entire episcopal career in New York State. Not only is the Catholic Church in the Empire State on the hot seat due to the lifting of the statute of limitations, but the very public meltdown of the career of Bishop Richard Malone in Buffalo has kept the issue of bishop accountability on the front burner. If that were not enough, the bishop sent to conduct an apostolic visitation of the diocese of Buffalo, Brooklyn's Bishop Nicholas DiMarzio, also was alleged to have abused a minor when he was a priest in Newark, New Jersey. DiMarzio denies the allegation. Malone's letter announcing his "early retirement" should become a classroom example of failing to take responsibility for one's own failures.

Against this backdrop, it is a no-brainer to delay the planned beatification ceremony. But the Holy Father should use this moment to do more than move the date back a few months. I hope they will postpone the event indefinitely.

I understand why some people want to rush to canonize their heroes, but it is a desire to be resisted, especially in the case of bishops and popes. I think I have some sense of what it takes to be an effective bishop and pope: A commitment to the ecclesiology of the Second Vatican Council, theological competence, a good judge of character, decent management skills, a bit of guile. That is not the skill set I would demand of a saint. Indeed, part of what makes someone saintly is that they really do not view human aptitudes as "skill sets" but as "gifts." Nor do we want a bishop or a pope to undervalue the importance of human agency, including their own. Saints throw themselves at the foot of the cross and keep divine agency ever before their eyes.

Sheen was a great communicator in his day, a trailblazer of apologetics, using the new medium of television to explain the faith. No one can take that away from him. Why is it necessary to canonize him? 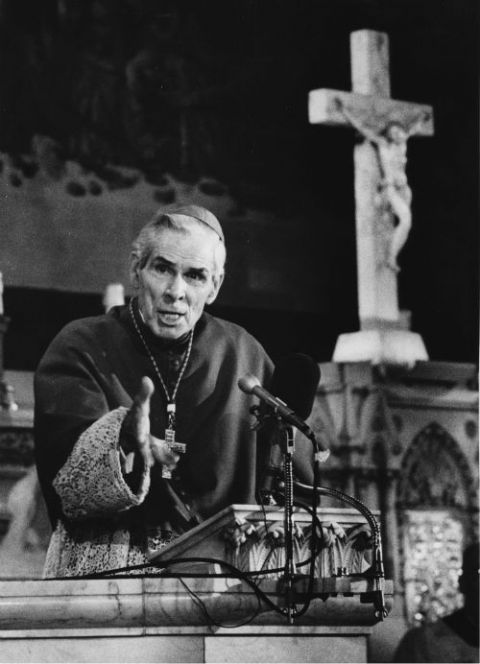 I suspect Karol Wojtyla was a saintly person, with a strong mystical bent, a faith that had survived extraordinary tragedy and suffering as a youth, who as pope was the first world leader to visit small, poor countries many of us had never even heard of and make the inhabitants feel loved. But, at his funeral, the chants of "Santo Subito" were chilling to me. It was obvious at the time that the Polish pope was not a very good judge of character. On the issue of clergy sex abuse, he protected criminals and looked the other way when presented with evidence of wrong doing. A saint can be excused for overlooking others' faults, but not a pope.

Soon the Vatican will issue its report on the rise of Theodore McCarrick. Pope John Paul II promoted him four times: To the bishopric of Metuchen, the archbishopric of Newark, the archbishopric of Washington, and to the College of Cardinals. If the report shows the pope was confronted with information alleging misconduct by McCarrick, we know that John Paul II could be swayed whenever someone invoked the memory of the communist authorities in Poland tarnishing the reputation of a good priest with slanderous accusation. But the Berlin Wall was down by the time McCarrick was made a cardinal, Newark was not Krakow, and there were no communists out to get McCarrick. He was promoted. After this report is issued, I wonder how many people will say "Santo troppo subito"?

I love Pope Francis and applaud most of his decisions, but I deprecate his decision to canonize St. Pope John XXIII and St. Pope Paul VI as well. I do not doubt that both men had saintly qualities. I do not doubt they are in heaven. But canonizing them so soon after their deaths? And while historians have not had a chance to comb through the archives of their pontificates?

While we are on the topic, one of St. Pope John Paul II's worst decisions was to revise the procedures for canonizing someone and abolishing the role of devil's advocate. Bring it back. Let's only canonize those who can pass the test of strict scrutiny.

Lastly, I would love to see the church have a different conversation about sainthood. I think it is wrong to expect a prospective saint to have exhibited outstanding moral character. As I understand true holiness, it consists not so much in making correct moral decisions as clinging to the hope that our sins, no matter how many nor how bad, have been redeemed by the blood of the lamb, Jesus Christ. There is something Pelagian in our insistence that a prospective saint first be proven to have exhibited exemplary virtue.

A version of this story appeared in the Jan 10-23, 2020 print issue under the headline: Rethink the making of saints .

Column | It's too soon to beatify Archbishop Sheen anyway

Report: Pope Paul VI to be beatified after California 'miracle'