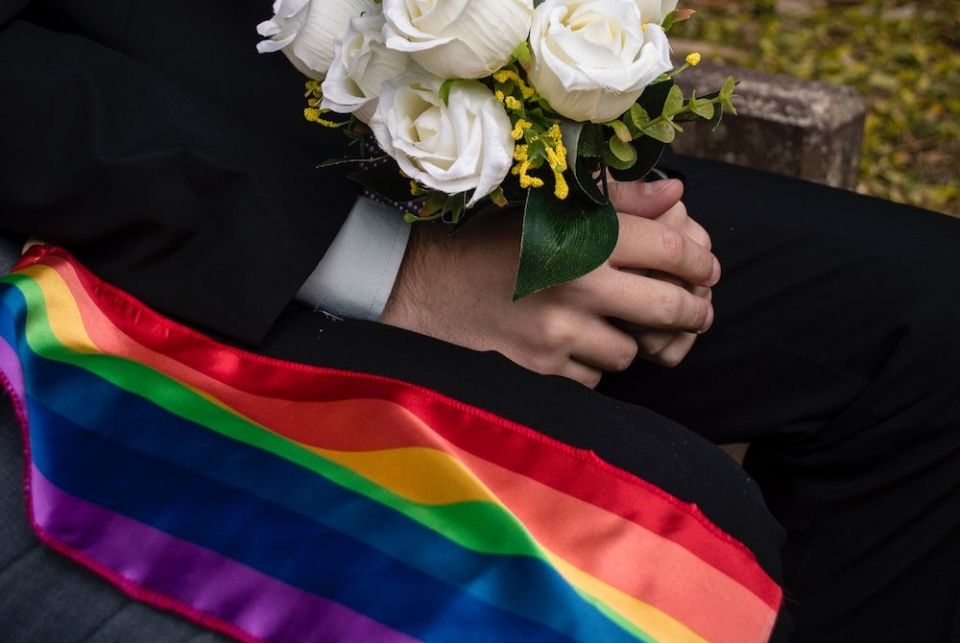 Pope Francis approved the March 15, 2021, decree from the Vatican's Congregation for the Doctrine of the Faith instructing Catholic priests not to offer blessings for same-sex couples. (Unsplash/Maico Pereira)

There are many laudatory words and phrases we might use to describe the Pope Francis the world has come to know over these past eight years. Genuine. Pastoral. Open-minded. Concerned for the poor, humanity, the environment. Friend of the marginalized.

But the pope's decision to approve the March 15 decree from the Vatican's Congregation for the Doctrine of the Faith instructing Catholic priests not to offer blessings for same-sex couples brings to mind a word that is much more bitter in the throat. Hypocrite.

Although gay unions can have "positive elements," the Vatican determined, they are "not ordered to the Creator's plan." God, said the doctrinal office, "does not and cannot bless sin."

Forgive us if we have whiplash. Pope Francis approved this? The same man who, when asked in 2013 about a gay priest in Vatican service, famously replied: "If a person is gay and is seeking the Lord and has good will, who am I to judge?"

The same man who has met with LGBT couples throughout his papacy, including during his visit to the U.S. in 2015? The same one who told Chilean abuse survivor Juan Carlos Cruz in 2018 that "it doesn't matter that you are gay" and "God made you that way and he loves you the way you are"?

The same one who personally intervened for one Italian gay couple to make sure their three children were able to be raised Catholic?

We recognize, of course, that the earlier papal quips and meetings did not ultimately change the church's teaching on human sexuality. That will take many years and will likely require the kind of open-ended, "no topic off the table" synodal process Francis has spoken so elegantly of throughout his papacy.

At NCR, we have been calling for such a dialogue on sexual ethics for years, urging a continuation of the development of the doctrine of sexuality that began in Vatican II. "This work has largely been stalled by the hierarchy's unwillingness to loosen its rigid interpretation of millennia-old ideas about natural law and the procreation norm," we editorialized in 2017.

It will also require a fundamental reorienting of the role of the doctrinal congregation. Nearly 60 years since the closing of the Second Vatican Council, it still remains unclear how such an office accords with the council's vision of a church of dialogue and shared pilgrimage.

But we come to the point of absurdity — and hypocrisy — when a pope says he wants to welcome LGBT people into the church but then simply cannot countenance that they might want to pursue loving relationships, just like the rest of humanity.

Perhaps Francis could learn from himself. About six years ago, he was asked by journalists traveling with him to three African countries whether the church should change its stance on artificial contraception, given the continuing spread of HIV/AIDS across the continent.

The pontiff paused before saying: "The question seems too small to me." 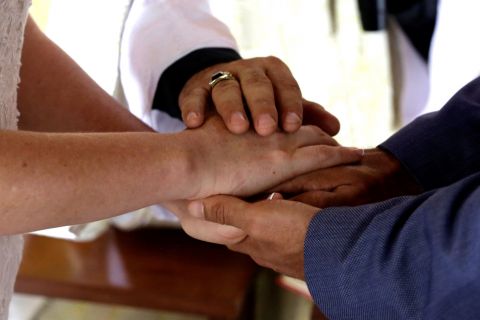 A priest blesses a couple during their wedding ceremony in this undated photo. (CNS/Reuters/Juan Carlos Ulate)

The pope said the query reminded him of how Jesus was questioned for performing healing miracles on the Sabbath. Identifying a host of urgent problems facing the world, such as malnutrition, human trafficking and lack of safe drinking water, Francis said: "I do not like to descend into reflections that are so casuistic when people are dying."

"I would say to not think if it is licit or not licit to heal on the Sabbath," the pope said then. "I say to humanity: Make justice, and when all are healed, when there is not injustice in this world, we can speak of the Sabbath."

Where has that Pope Francis gone? Surely, as the world stumbles to emerge from the greatest health and economic crisis in a century, there are more urgent issues for the Vatican to focus on rather than how God does or doesn't view gay unions.

For Catholic LGBT couples and their families, the timing is especially unfortunate. The forced distancing imposed by the pandemic has cut many off from their usual support structures, including their parishes. And now the pope of "building bridges and not walls" has erected another barrier.

A version of this story appeared in the April 2-15, 2021 print issue under the headline: Decree risks making Francis into a hypocrite .