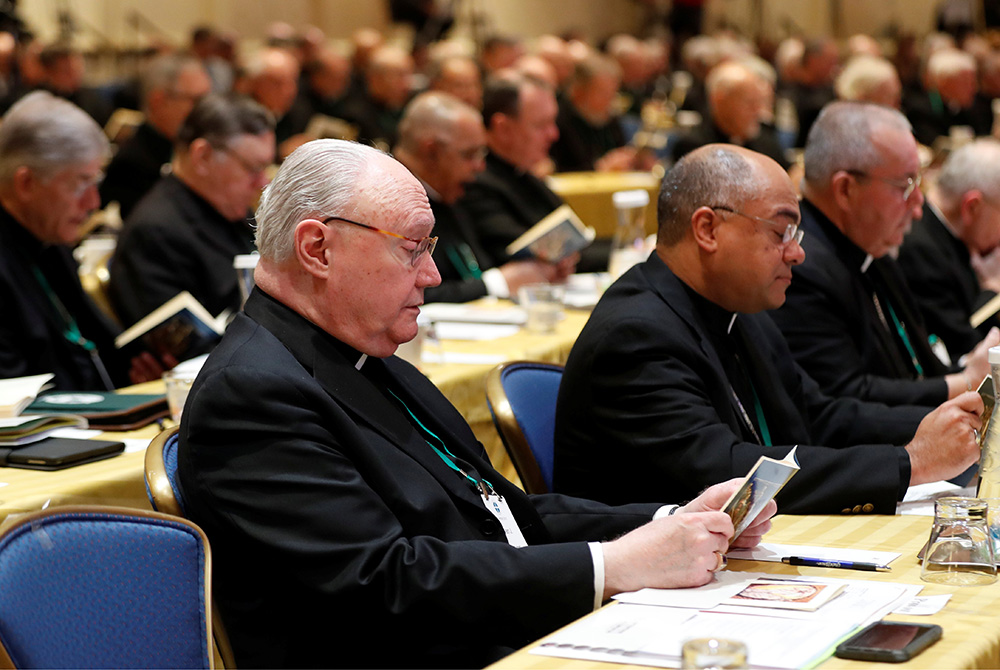 Several bishops pray during a Nov. 12, 2018, session of the U.S. Conference of Catholic Bishops' fall general assembly in Baltimore. The bishops' 2021 plenary meeting in Baltimore will be the first time they have met in person since before the pandemic. (CNS/Reuters/Kevin Lamarque)

In less than two weeks, the U.S. bishops will gather for their 2021 plenary meeting in Baltimore. It will be the first time they have met in person since before the pandemic so, whatever else happens, at least the manipulative dynamics of the Zoom meetings will be gone.

You probably have to go back to the turn of the 20th century to find a time when the hierarchy was as divided as it is now. And the whole world will be watching because of the debate about whether or not to deny Communion to pro-choice politicians, including the president of the United States, which has engulfed the church for the past year.

In advance of their June meeting, the Vatican warned about the problems with such a course of action, and the corrosive, divisive effect it was having on the conference as a body, something that was more apparent to those outside the group than inside. The bishops nonetheless voted to proceed with the drafting of a document about the Eucharist, but only after the chair of the Committee on Doctrine, Bishop Kevin Rhoades of Fort Wayne-South Bend, Indiana, indicated said document would not focus on denying Communion to people. That did not prevent other bishops from insisting the proposed document name names. 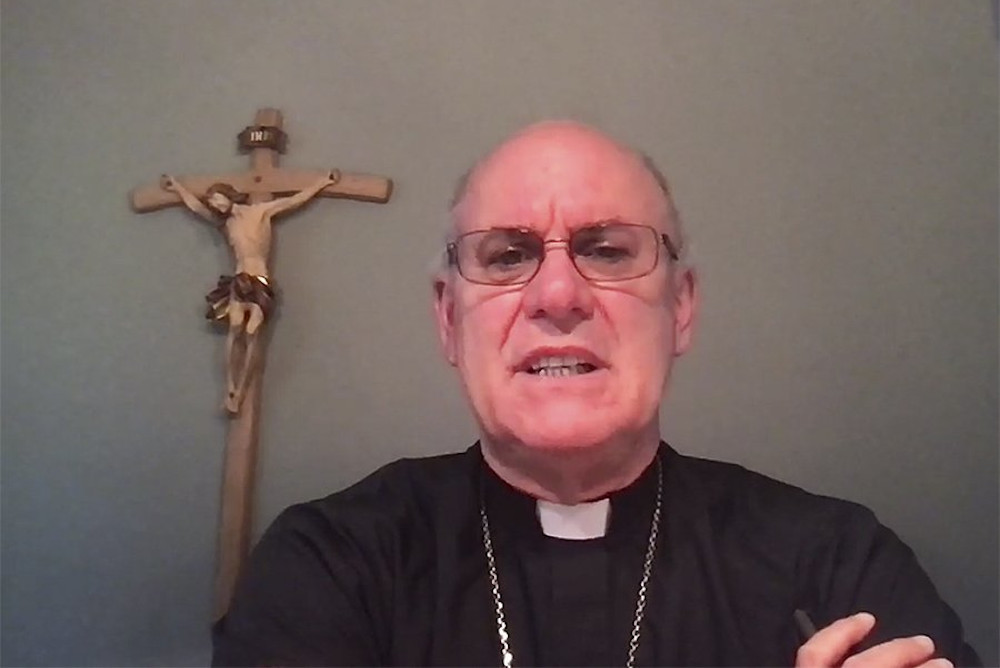 The Holy Father made clear that he has never denied Communion to anyone during his press conference on the flight back from Slovakia in September. Still, the reaction to Biden's meeting with Pope Francis Oct. 29 showed how the president drives some bishops a little crazy. Maybe a lot crazy.

The draft, which was leaked to several media, is underwhelming. One theologian whose bishop asked him to look at it told me it reflected a "pre-Pius X" theological vision. Pius X died in 1914.

As I noted in September, while the bishops were holding regional meetings to discuss the issue, the universal church was treated to the "bread of life" discourse in the Gospel of John, and if "the bishops think their document on the Eucharist can improve on Jesus' bread of life discourse, they are wrong." That judgment stands confirmed by the draft text.

The problem with this proposed document, and why it never, ever should have been suggested, is this: As a matter of church doctrine and theology, it must be primarily about the Eucharist, but as a matter of public perception, it is primarily about abortion. So the bishops can't overturn teaching about the grace of the Eucharist that goes back at least to the Council of Trent, and they do not want to send a signal that they are in anyway relaxing their opposition to abortion. However they choose to resolve this issue, that choice will send a signal. Either the professional pro-life groups will be disappointed or Rome will have to veto the document because it is contrary to church teaching.

Related: Editorial: US bishops' Eucharist document has always been about Biden

I expect one of the culture warrior bishops will propose to amend the text to include a paragraph that they believe supports denying Communion to pro-choice politicians drawn from the Aparecida document from the Latin American bishops' conference in 2007. They will note that then-Cardinal Jorge Mario Bergoglio, now Pope Francis, was the principal editor of that document, although the language in question was originally suggested by reactionary Cardinal Alfonso López Trujillo at the 2005 Synod of Bishops. (And López Trujillo was not discussing pro-choice politicians but divorced and remarried Catholics.) Those who want to include that paragraph should be made to explain why they are invoking Pope Francis when he wasn't yet Pope Francis, but ignoring his clear statements now! 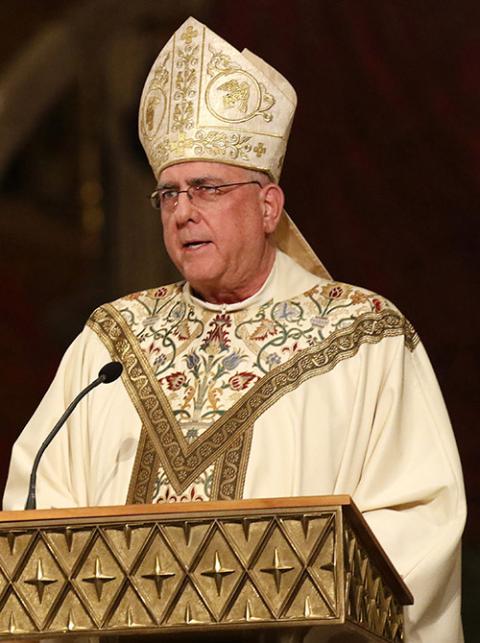 In any event, that amendment on the Aparecida paragraph will be the key vote. If the bishops vote to include that language, the document needs to be defeated. If it is passed anyway by the necessary two-thirds margin, but the vote is not unanimous — it won't be unanimous — then Rome will have to refuse the recognitio, without which it is not official teaching. It is hard to imagine an uglier prospect, but this is the dilemma to which the culture warrior bishops have brought us.

Another focus of the meeting will be the election of new committee chairs, a treasurer-elect and a new general secretary. The committee chair elections matter not only because of the qualities of the candidates but because the committee chairs become members of the administrative committee and can help move the conference in a particular direction. If Archbishop Joseph Naumann of Kansas City, Kansas, was not currently the chair of the Committee on Pro-Life Activities, and Rhoades the chair of the Committee on Doctrine, we might have avoided the eucharistic document mess discussed above.

The nominations are made by the Committee on Priorities and Plans. Some of the choices are fine: Both Bishop Mark Seitz of El Paso, Texas, and Miami Archbishop Thomas Wenski would be excellent as chair of the Committee on Migration. The choice of a new treasurer-elect pits a rising star of the church in the West, Seattle Archbishop Paul Etienne, against a proven fundraiser from the East, Bishop James Checchio of Metuchen, New Jersey. Both would be good, but Etienne is the more forward-looking choice.

It is not clear why the committee nominated Bishop Steven Lopes of the Anglican ordinariate to lead the Committee on Divine Worship. One of the principal reasons for the existence of the ordinariate was so that Anglicans converting to Catholicism could retain a different liturgy. Lopes faces Archbishop Mitchell Rozanski of St. Louis, a parish priest at heart, who has previously served as chair of the Committee on Ecumenical and Interreligious Affairs. Perhaps more importantly for this post, he was vicar for Hispanic ministry when he was an auxiliary bishop in Baltimore. Hispanic ministry — and liturgy — is going to play a larger role in the life of the U.S. church than Anglican ministry and liturgy, so I suspect the bishops will select Rozanski.

It is downright baffling that the committee nominated as chair of the Committee on Domestic Justice and Human Development two prelates who have spent most of their episcopal careers outside the U.S. Metropolitan Archbishop Borys Gudziak of the Ukrainian Catholic Archeparchy of Philadelphia was the leader of the Ukrainian Catholic Church in France from 2012 until his transfer to the U.S in 2019. Springfield, Illinois Bishop Thomas Paprocki has been living in his own right-wing universe for at least as long.

If the vote on the eucharistic document will demonstrate the degree to which the U.S. bishops wish to remain in communion with the bishop of Rome, the election of new committee chairs will indicate the direction they want the conference to take. The ideological cleavages are not as apparent as they have been in the past. Four years ago, for example, when the conference elected Naumann to be head of the pro-life committee, they opened the possibility to the kind of culture war craziness that has brought them to this moment of division and rancor. Only if they select Paprocki would they be reaffirming their desire for a continued culture war approach.

As noted, this is the first in-person meeting since before the pandemic. I hope they realize just how tired the people in the pews are, tired of the pandemic, tired of all the rancor in our political life and tired of the culture wars especially when they break into our ecclesial life. The Lord, who is the head of the church, is the one who brings rest to the weary, and our whole culture and society are weary. That mission has been entrusted to the church, most especially to the successors of the apostles. I hope the bishops remember that as they gather in Baltimore.

This story appears in the USCCB Fall Assembly 2021 and Bishops, Biden and Communion feature series.
A version of this story appeared in the Nov 12-25, 2021 print issue under the headline: US bishops to choose culture war or communion.