Latinos may be key to California recall. How will Latino Catholics vote? 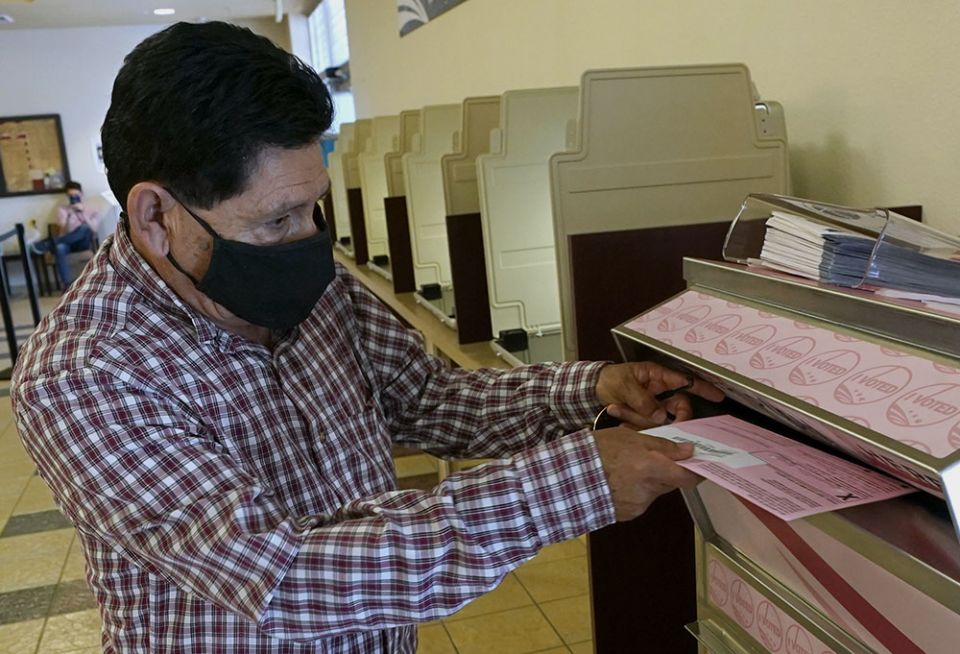 On Aug. 30, Francisco Torres casts his ballot at the Sacramento County Registrar of Voters office in Sacramento, California. Gov. Gavin Newsom is facing the second recall of a California governor since Republican Arnold Schwarzenegger unseated Democratic Gov. Gray Davis in 2003. Today's California electorate is less Republican and more Asian and Latino than it was 18 years ago, trends that favor Newsom. (AP/Rich Pedroncelli, File)

Long Beach, Calif. — In today's recall election of California Gov. Gavin Newsom, Latino voters, who make up 39% of California's population and are the largest ethnic group in the state, will be key to the result — and approximately half of those Latinos are Catholic.

Current polls show that Latinos are more likely to vote no on the recall, but there is no data specifically targeting Latino Catholics' views on the special election. In addition to class status, immigration status, country of origin and education levels, Catholic teachings on social justice may contribute to their decision. But it is complicated, voters say.

"Growing up, it was easy. Catholic. Democrat, no questions asked," said Sylvia Ramos of Whitter, California, who is a lay Carmelite, an association of laypeople who do not take religious vows.

"Now I can't fully throw myself behind any candidate. It's a really hard place for Catholics to be," she told NCR.

Ramos says that when it comes to voting, her faith influences her understanding of the common good and what it means to vote one's conscience.

Religious liberties, criminal justice and homelessness are a few of the issues Ramos is considering in this upcoming recall. As of now she's leaning toward voting yes to recall Newsom, but it's not so simple, she explained.

While 66% of Latinos voted for Newsom in 2018, special elections like the recall tend to favor white voters, said Fernando Guerra, director of the Thomas and Dorothy Leavey Center for the Study of Los Angeles at Loyola Marymount University.

Guerra says this is because Latinos are busy working, and many are unaware of the special election.

According to a study by the Pew Research center, 67% of Catholics in California are Latino.

Some people have called Newsom one of the most pro-Latino California governors in history, in part for appointing Alex Padilla as the first Latino senator to represent California and for prioritizing high-risk Latino neighborhoods during vaccine distributions.

Many Latino Catholics are focused on social justice issues such as health care, immigration and the pandemic in making their decision about the recall, according to Mike Madrid, a partner at GrassrootsLab and co-founder of the Lincoln Project in the 2020 presidential election.

Being Catholic, for young Latinos, is less about ritual and tradition and more about "redefining Catholicism as an institution that advocates for social justice," Guerra said.

Amada Reyes, who is in her mid-20s, knows about the recall because she is plugged in on social media, but believes that many in the Latino community are not informed that there is an election happening.

"My parents did not know they had received a ballot," said Reyes, who is a government technology advocate and immigrant to the United States.

She emphasized that Pope Francis' urging of Catholics to participate in politics influences her to stay involved in statewide politics.

"I will be voting no to recall Newsom. He's not perfect, but he shouldn't be recalled," Reyes told NCR. 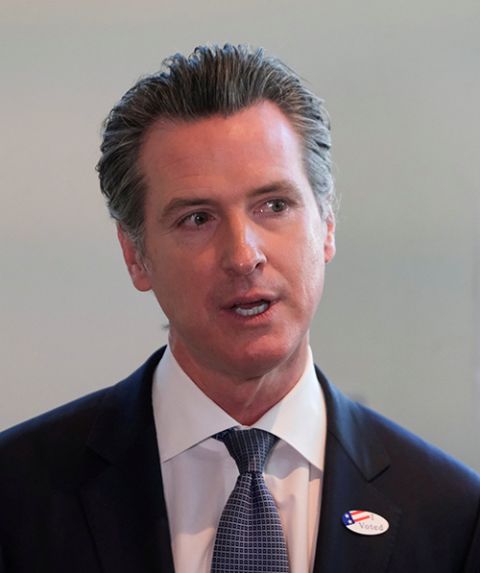 Breanna De Leon of Fresno plans to vote no on the recall, but added, "We've wasted a lot of money on this."

De Leon's parents, who are second-generation immigrants from Mexico, frequently watch the news and are involved in politics. But her grandparents, who moved to this country from Mexico, are not too invested in the recall. Right now, De Leon said, her family's priority is to not get COVID-19.

De Leon, who studies public health, said a top issue for her is health equity. While she believes Newsom made the right call by mandating masks and stay-at-home orders, she also feels that there are moments where Newsom hasn't followed his own rules, making it hard for people to trust him.

"Public health experts and politicians need to do a better job at explaining the science behind why mandates and quarantine were put into place to begin with," she said.

She also sees a clear connection between faith and voting. "Everything we do in public health is God's work," she told NCR.

Latinos in California have been disproportionately harmed by COVID-19 and have some of the highest rates of cases and deaths.

As a certified nursing assistant, Daniella Santana of Tracy, California, has dealt with the impact of COVID-19 in the state firsthand.

For Santana, the recent abortion ban in Texas also is top of mind during this recall. "There's a lot to lose if we do not have a Democratic governor," she said.

Santana explained that many of her friends and family are undecided. They are not big Newsom fans, but also fear the loss of a Democratic governor in California.

Her faith is a priority, but she believes one's religious beliefs should not be imposed on others. Although she does not agree with Newsom or Democrats on everything, she said it is hard to know whom to trust.

People | Latinos may be key to California recall. How will Latino Catholics vote?