Nearly 4,000 people have approximately one year to leave the US

Nearly 4,000 Liberians are the latest in a long line of immigrant groups to lose humanitarian protections under the current administration after President Donald Trump announced March 27 that he would end Deferred Enforced Departure status for the West African country.

"We have lost the shock and awe of such heartless decisions, but to come during Holy Week of all weeks displays a heartbreaking callousness," said Lawrence Couch, director of the National Advocacy Center of the Sisters of the Good Shepherd, in a March 29 press release. "Jesus Christ walked his path of Passion and then was crucified for all, especially those on their own journeys and far away from home."

Couch's organization was one of 119 faith-based organizations and 509 faith leaders to sign a letter to Trump March 22 asking him to extend the status for at least 18 months past March 31, 2018.

The signers, which also included the Catholic Legal Immigration Network (CLINIC), Faith in Public Life, several orders of Catholic sisters, the Franciscan Action Network and the Jesuit Social Research Institute, asked Trump to have "compassion" and warned that a failure to extend the status could separate families and send Liberians back to a country that is unable to safely receive them. 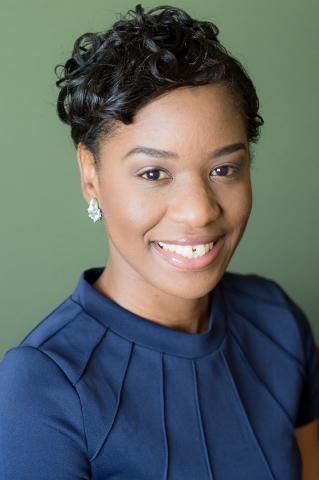 Christy Williams, an attorney on CLINIC's advocacy staff and herself a Liberian immigrant, told National Catholic Reporter that just as the country was slowly rebuilding its infrastructure and economy after decades of civil unrest, the 2014 Ebola epidemic "set the country back tremendously" by diverting resources and driving foreign companies away.

"Liberia relies heavily upon foreign aid and remittances from its diaspora," Williams said. "Sending an additional 4,000 people back to Liberia at this time, the country just cannot handle it."

In contrast to these claims, a memorandum from Trump directing the Secretary of Homeland Security to terminate the program March 31, 2019, said that conditions in Liberia have improved with the end of armed conflict and the restoration of stability and democratic governance.

The memorandum also claimed Liberia was prepared for "the return of its nationals" because it had "concluded reconstruction from prior conflicts," and "has made tremendous progress in its ability to diagnose and contain future outbreaks" of Ebola.

But some advocates rejected this explanation, instead attributing the decision to racism and xenophobia.

"The president's crude comments about African nations are fresh in our memories," said CLINIC executive director Jeanne Atkinson in press release March 27. "This is another racially motivated step to dismantle our humanitarian immigration program."

Trump made those "crude comments" in early January when a bipartisan group of lawmakers approached him with an immigration compromise that would have devoted visas to Temporary Protected Status recipients and underrepresented African countries.

Since Trump took office, his administration has scheduled the end of the Temporary Protected Status (TPS) program for Sudan, Nicaragua, Haiti and El Salvador, removing protection from nearly 250,000 people, while extending it for the less than 6,000 status recipients who come from Syria and South Sudan. Decisions for Nepal, Honduras, Yemen and Somalia are expected before the end of summer.

The latest decision will add to "the growing list of long-term, work-authorized, tax-paying immigrants — now totaling more than one million people — whose future in this country is now uncertain," said Oscar Chacón, executive director of advocacy network Alianza Americas, in a March 27 press release.

"The cancellation of DACA, TPS, and now DED demonstrate that the administration is blindly following a nativist agenda … Sadly, xenophobia has been put ahead of the economic interests of this country, the security of our region, and our nation's long-held values of family unity," Chacón added. (DACA is Deferred Action for Childhood Arrivals and applies to people living in the U.S. without documentation who were brought as minors.)

Liberia is the only country currently covered by Deferred Enforced Departure, which, like Temporary Protected Status, allows immigrants who are otherwise undocumented to stay in the U.S. and apply for work permits as long as their country remains designated.

Unlike Temporary Protected Status, Deferred Enforced Departure decisions are up to the president rather than the Department of Homeland Security, and immigrants are automatically covered without applying, although they do apply for employment authorization.

While currently 745 Liberians hold work permits under the program, community groups estimate about 4,000 benefit from protection against deportation, said Williams.

"They've established themselves, they've bought homes, they have U.S. citizen children who only know the U.S. to be home. They are really rooted in the U.S. society and other than their immigration status they're really Americans," said Williams. "Having to go back to a country that they have not lived in for decades … I can't imagine that it would be an easy transition for any person who has lived here for so long and built a life here."

Deferred Enforced Departure for Liberia was scheduled to expire March 31, 2018, but will be allowed a year-long "wind-down period."

In the meantime, said Williams, CLINIC and other groups will continue pushing for a legislative solution that allows Liberians to stay in the country. The Liberian Refugee Immigration Fairness Act, sponsored by Senator Jack Reed (D-Rhode Island) would offer certain Liberians a path to citizenship, as would some other bills that also protect Temporary Protected Status recipients, she said.

Terminating "humanitarian immigration programs in the U.S. that keep families together does not serve the common good and that is not who we are as Americans," Williams concluded. "CLINIC continues to call for the implementation of policies that continue to support family unity … I hope that others out there can see the benefits of helping our immigrant brothers and sisters stay here and integrate and continue to support their families."

Read this next: Advocates, faith leaders urge action to keep nearly 200,000 Salvadorans in US

Vatican official to meet in Texas with border bishops from U.S. and Mexico