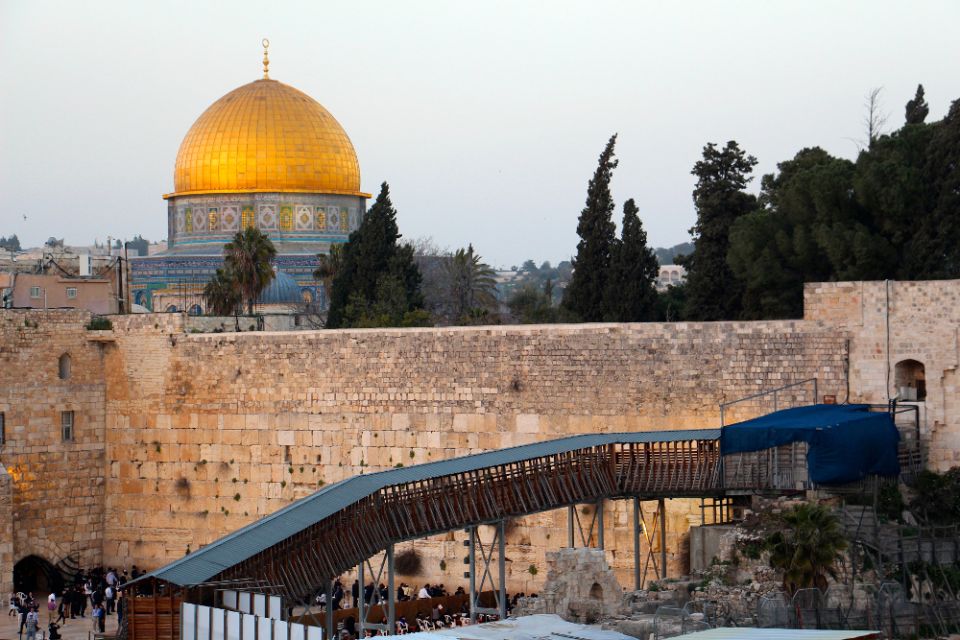 Holy sites in Jerusalem’s Old City, including the Western Wall and Dome of the Rock, on March 13. (RNS/Emily McFarlan Miller)

Jerusalem — President Donald Trump is working on a plan for peace in the Middle East.

And evangelical advisers like the Rev. Jentezen Franklin are getting the chance to weigh in on it.

"It's a very exciting time and a time truly when we need to be praying for the peace of Jerusalem," said Franklin in a video he posted on Twitter after a White House meeting between prominent conservative evangelical Christians and Trump administration officials earlier this month.

Franklin urged supporters to do all they can by praying and "being vocal" in support of Israel.

"The Bible says that we are to support Israel, we are to stand with Israel, and God will bless us," Franklin said.

"I want to be part of that blessing, and I know you do, too."

That March 7 meeting is just one of a series of meetings, dinners, lunches and coffees the White House has had with evangelical leaders as it prepares to release its Israeli-Palestinian peace plan, according to author Joel Rosenberg, who said he has attended several of those events.

Meantime, the White House has welcomed embattled Israeli Prime Minister Benjamin Netanyahu for a meeting with the president and announced its recognition of the Golan Heights as part of Israel. And several U.S. officials have visited the Middle East, including Secretary of State Mike Pompeo.

A few of Trump's evangelical supporters tweeted about the March 7 meeting, including pastors Paula White, who has attended many meetings and events at the White House and has been called the president's spiritual adviser, and John Hagee, the head of Christians United for Israel, which Rosenberg described as the "Christian AIPAC."

White characterized the meeting as a "listening session."

"As in so many circumstances on so many issues, the White House wanted to hear directly from Christian leaders," she told Religion News Service.

"In this case, they brought together leaders who have a great deal of experience as it relates to Israel," she said. "Many of these leaders almost consider the country a second home, and they know it inside and out. The White House wanted to hear their thoughts, and field their questions in order to make sure they fully understood their point of view on the prospect of peace." 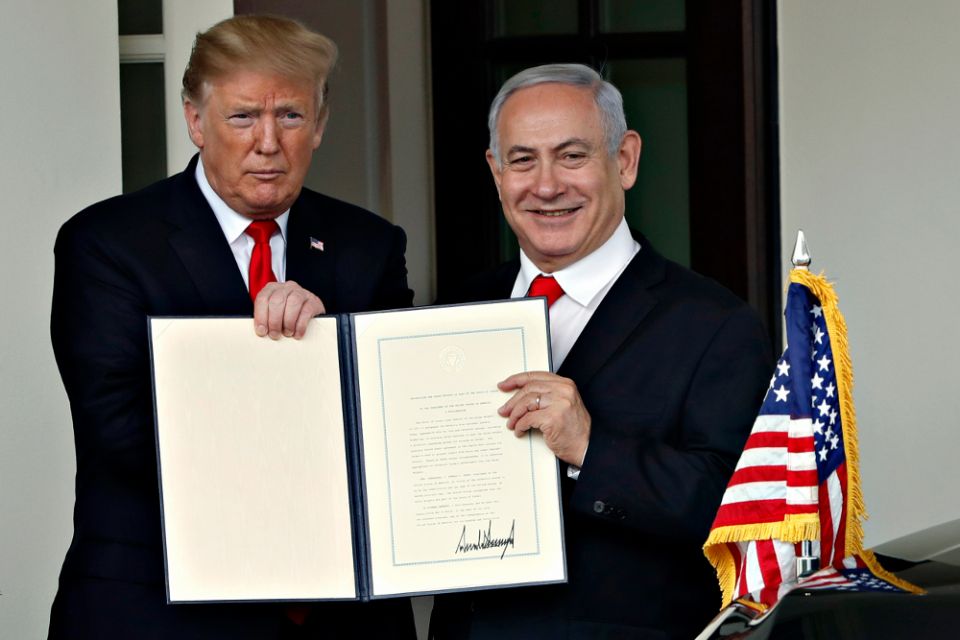 Haaretz reported the administration also has met about the forthcoming peace plan with analysts from a number of D.C. think tanks, leaders of other countries in the Middle East and former U.S. officials who have worked on past peace plans. The White House, which did not immediately respond to requests for comment for this article, also hosted a briefing for journalists from D.C.-based Arab media outlets in January and a phone call that was reportedly for faith-based media outlets ahead of Pompeo's visit to the Middle East last week, according to the report.

"President Trump is not like your normal politician, and therefore he is very sensitive to criticism or the potential of criticism by evangelicals with regards to a number of issues," said Rosenberg. "Certainly, Israel and the Middle East is one of those topics."

The "basic calculus," Rosenberg said, is if Trump unveils a plan evangelicals hate, they could turn on him — or at least not turn out as enthusiastically for his re-election next year. So it's important to him to hear the concerns, hopes and input of evangelical leaders now.

And Israel is important to many Christians. because, Rosenberg said, "It's the story of the Bible."

"Anybody who's really immersed themselves in the story of the Bible understands how central the story of Israel and the Jewish people are to God's plan and purposes for all nations," he said. 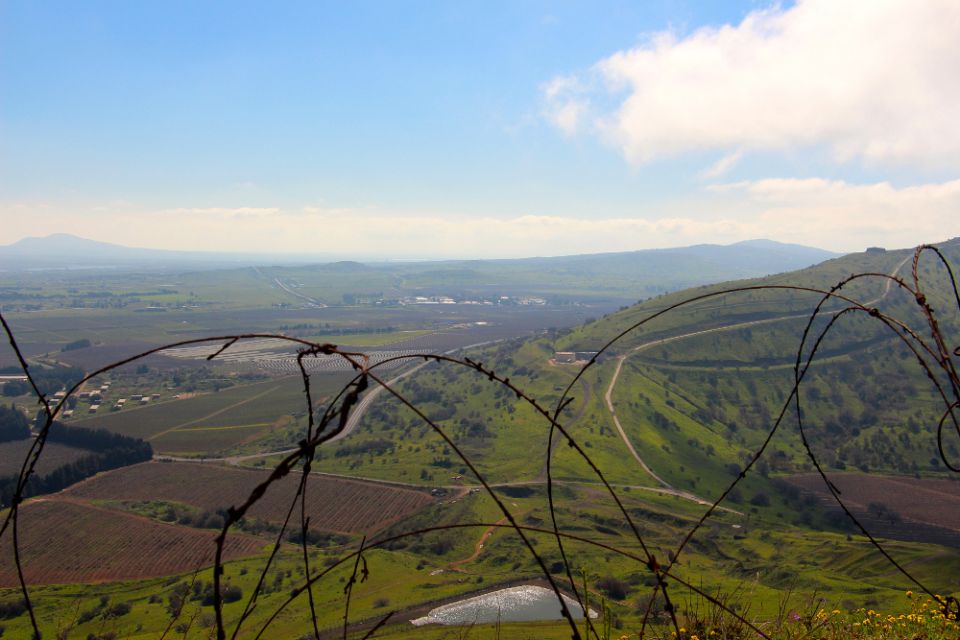 The view from Mount Bental in the Golan Heights. (RNS/Emily McFarlan Miller)

Evangelicals may not agree with everything Israel does or with how peace ought to be made, but they largely share love and respect for and a desire to protect Israel and the Jewish people, he said.

But not all evangelicals are interested in Israel, according to Daniel G. Hummel, a historian of U.S. foreign relations and religion whose book Covenant Brothers: Evangelicals, Jews and U.S.-Israeli Relations releases this summer.

"And the ones that met at the White House — they're handpicked or, at least, you know, they're there for a reason," Hummel said.

Many evangelicals support Israel for theological reasons, the historian said. Some believe God's covenant with Israel continues — that God will bless or curse those who do the same to Israel, as Franklin does, he said. Some believe Israel has a role to play in the end times.

They also may support Israel for political reasons, as many conservatives tout the importance of a democracy in the Middle East to counter terrorism, he said.

While the White House has been mum on details of the forthcoming peace plan, Trump reportedly has said, "I like two-state solution." 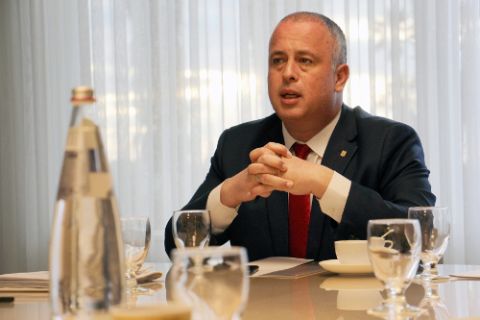 And Hilik Bar, an outgoing member of Israel's Knesset and chair of its caucus for a two-state solution, told a delegation of journalists traveling with the American Jewish Committee earlier this month in Tel Aviv, Israel, "I want to believe that we will be surprised" by the forthcoming Israeli-Palestinian peace plan, he said.

For better or worse, Bar said, Trump has been adamant about keeping his campaign promises, from building a wall along the U.S. border with Mexico to moving the U.S. Embassy from Tel Aviv to Jerusalem.

The Knesset member, who supported the embassy move, noted peace in the Middle East was one of those promises.

Bar said he is optimistic the deal is not so "very, very pro-Israeli that it's insulting to the Palestinians."

He believes a two-state solution would not only be good for Palestinians but a "necessity for Israel if we want to remain a Jewish and democratic state." He's been surprised to hear both Trump and Kushner, say publicly both sides will have to make painful concessions.

Perhaps that will look like concessions of territory and an independent, demilitarized Palestinian state — but Bar won't know until he sees it, he noted.

"I hope to see the deal of the century soon," he said.

Khalil Shikaki, a professor of political science and director of the Palestinian Center for Policy and Survey Research, is skeptical.

"There is absolutely no doubt that the Palestinian Authority will reject the plan. It will reject it out of hand. There will be no discussion about the plan," he told the delegation of journalists in Ramallah, West Bank.

"The Palestinians have already formulated their own conception of what the plan is all about, and they believe that it basically presents them with conditions that are absolutely unacceptable with regard to all of the most vital needs of the Palestinians." 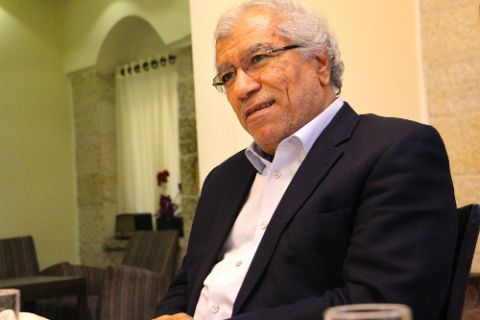 Palestinian officials have refused to speak with the White House since Trump officially recognized Jerusalem as Israel's capital, according to CNN.

For the Palestinian Authority to come to the table, Shikaki said any plan for peace would have to include ending the Israeli occupation of Palestinian territories, finding a "just solution" for refugees and creating an independent Palestinian state.

The vast majority of conservative evangelical Christians want peace in the Middle East, and they want to make sure Israel is not endangered, according to Rosenberg, the evangelical author. They also would balk at the idea of Israel giving up any of Jerusalem.

He's not sure that would win over Palestinians, he said, but he thinks it would appeal to other countries in the Middle East who do want to make peace.

Several Middle Eastern countries have condemned Trump's official proclamation this week recognizing the Golan Heights as part of Israel. Israel captured the land from Syria in the 1967 Six-Day War and annexed it in 1981, a move that has not been recognized internationally.

But Rosenberg said he thinks the Trump administration's forthcoming peace plan will include "a lot of very specific, very creative, very encouraging things that are not normally part of a peace plan."

And, he said, if evangelicals trust the president, they may be willing to give him some latitude, he said.

"We need a conversation among evangelicals about … how should we respond if the administration rolls out a plan that we don't agree with 100 percent?" he said. "Should our response be anger and frustration, or should we, again, trust the president that the plan doesn't have to be 100 percent to our liking?"

[Emily McFarlan Miller traveled to Israel and the occupied territories March 9-16 with a delegation of journalists sponsored by the American Jewish Committee's Project Interchange. Interviews were conducted in Tel Aviv, Israel, and Ramallah, West Bank.]

Terrorism and resistance: the Hamas campaign against Israel